The NHS gets the A&E demand it deserves

The rise in ‘non-accident and emergency’ A&E attenders is partly due to the offer to patients and the expectations the NHS itself has laid down, write Andy Williams and Alex Khaldi 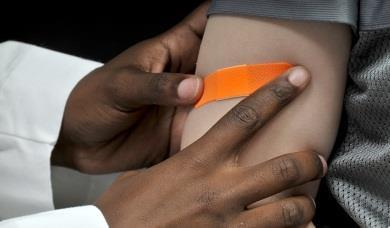 The rapid growth in accident and emergency attendance is becoming increasingly serious. Dr Clifford Mann, president of the College of Emergency Medicine, said earlier this year that “attending the A&E department seems like the most straightforward way to access healthcare”.

We do not need to catalogue here the kinds of problems this creates for the NHS and care system, but suffice to say this level of “non-accident or emergency” A&E demand stands diametrically opposed to efforts to integrate care closer to home.

However, the work we have done locally at Sandwell and West Birmingham Clinical Commissioning Group starts from very different principles than those we have seen in operation before, where the challenge of demand has been about service reconfiguration and not about addressing patient and clinical behaviours. Our project on inappropriate A&E attendance in the West Midlands started in December and ran until April.

The key principles were:

High A&E attendance is one of those problems that elicit a quick and confident answer when discussed with most people, whether they are clinicians, managers or members of the public. It is true that we had our own hypotheses about why people are increasingly drawn towards unplanned hospital attendances.

But we felt it was worth asking people, so we surveyed 400 attenders in two A&Es and adjacent walk-in centres within City Hospital in Birmingham and Sandwell General Hospital, both part of Sandwell and West Birmingham Hospitals Trust, and asked them about their motivations for attending as well as studying the attendance data in depth. All the interviews took place during surgery opening hours, so we could be clear there was a possible primary care alternative.

What emerged is a far more sophisticated picture across age, gender, ethnicity, employment status, demography, belief and motivation. This complex picture is also a profoundly local one. The evidence shows such local variation in attendees and reasons for attending that it is not surprising that the generic exhortation to “the public” does not seem to have worked. A few of the local insights were:

The detailed insight we have developed enables us to carry out very targeted behaviour change work. Our aim now is to develop a shift in patient behaviour within Sandwell and West Birmingham in four ways.

First, by improving the accessibility of the primary care offer, using technology and urgent appointment brokerage. This is the real remedy to the system: credible primary care. But second, we need to begin using data more effectively to enable practices to manage their attenders.

‘The insight from talking to patients has proven far more valuable than even we imagined they would be. The more we listen to them, the smarter we’ll get’

Finally, we can make ground by implementing better behavioural “nudging” in A&E departments.

Our contention is that all four actions need to be delivered in unison, reinforcing one another, to achieve the big change we want to see. We are planning to launch a range of initiatives this summer, to give us a good chance of having an impact before the winter. These initiatives are currently under development but include a primary care urgent appointment brokerage.

The exercise has proved to us that if we want to arrest the inexorable rise in attendances, we need to challenge what we think we know, and really dig deep into the patterns and segments of local populations.

The insight reveal from talking to patients has proven far more valuable than we ever could have imagined it would be. The more we listen to them, the smarter we will get.