The NHS must consider the negative impacts of new care models

Will new models of care resolve the organisational issues in the NHS or do we need to focus more on the pathways rather than structures? Christopher Mahony reports on an expert discussion of the impact of the new models 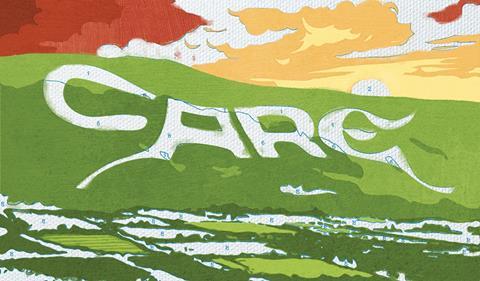 Multispecialty community providers (MCP) is one of the organisational options outlined in the NHS Five Year Forward View. The other is integrated hospital and primary care systems (dubbed primary and acute care systems or PACS).

System leaders gathered together to voice their views on how these models will impact services.

Many felt the NHS was again concentrating on structures rather than culture with uncertainty – even fear – about the future shape of provision.

Why structures over culture?

One participant at the debate – Paul Smeeton, chief operating executive of the community services division for Nottinghamshire Healthcare Foundation Trust – suggested the forward view was “quiet on the importance of culture and history in local health economies” and there was limited recognition of community and mental health providers.

Agreeing that the review and subsequent discussions had triggered uncertainty, Mr Smeeton said: “I have heard fears that GPs will take over hospital services or that hospitals will take over primary care.”

“We do not want to be told in a challenged health economy that ‘this is the model’,” the former Department of Health primary care lead said. “That’s how we got into this problem in the first place.”

Louise Parker, associate director business development and strategy for Medway Community Healthcare, said: “There is a fear that we will do what we always do and concentrate on the structures while ignoring the pathways and culture.”

Dave Branford, chair of the English pharmacy board for the Royal Pharmaceutical Society, said: “My perception is that a lot of people have not got a clue what all this means… I have spent my whole life in the NHS and I still struggle to say who employs who [and] who has the money now. I am finding all this a bit bizarre…Pharmacy commissioning is already so labyrinthine.”

Enhancing the role of pharmacy

There was some consensus that pharmacy and specifically, pharmacists should play a much greater role in evolving primary and community services.

However, Simon Mathias, service development manager of a large community pharmacy network’s parent company speaking in a personal capacity, cautioned the profession had to do more to press its claim for parity in the new NHS.

“Pharmacy has never said what it can do as opposed to what it could do,” he said. “It has never gone out and done the modelling. What can we do to show we are able, capable and competent in a relatively short space of time?”

Primary Care Commissioning development manager Sally Simmonds noted that pharmacies are now themselves being urged to federate; though there was little evidence to support the move at this stage. Pharmacy may instead see that working closely with developing GP provider organisations may be the best route at present.

Professor Colin-Thomé said he would be happy if community pharmacy set up their own federations as an often necessary developmental step to a future enhanced role.

He suggested GP arguments against an enhanced role for pharmacists are similar to those made by the same professionals opposing increased roles for nurses a couple of decades ago.

Get the most out of pharmacy

Dr Branford noted that some federations have started to employ pharmacists, but generally questioned whether the model would get the most out of pharmacy.

He said: “How does a federation enable pharmacy to collaborate? We, like some other professions, were cut out by the Health and Social Care Act, yet we have such a big role in long term condition management and in care homes – which is our biggest scandal.”

He said that with thousands of highly qualified pharmacists continuing to emerge from a large number of pharmacy schools, the system was at risk of ignoring a vast pool of talent and knowledge that could relieve the burden on general practice.

“A lot of primary care organisations are slowly waking up to find these people could be amazingly helpful. GPs are desperate for people in their surgeries to work out problems with medicines.”

Ms Parker said that any further development of the PACS model would inevitably require leadership and major contributions from professions beyond nursing - pharmacy was a prime example.

The rapid development of GP federations was a big issue for several participants - hardly surprising, given it received significant attention in the forward view.

Phil Yates, chair of Bristol based GP Care - one of the earliest and most successful federations - and of the new National Association of Provider Organisations, said his GP colleagues in the South West originally “had a big ambition to transform primary care”.

“But we never had the cash to do it and we therefore focused initially on pulling services out of the hospitals,” he said.

GP Care is now using money from the prime minister’s “challenge fund” as part of the One Care Consortium to support primary care and deliver general practice at scale. The consortium includes out of hours provider BrisDoc.

“We felt the messages were not getting through to the centre and that is why we formed the National Association of Provider Organisations. We are very interested in being part of an MCP. We could use One Care and pull in the three community health providers.”

‘Federations could be a useful building block of general practice’

Professor Colin-Thomé said such approaches “enable those secondary care clinicians to take some responsibility for redesign”. He suggested federations should not “take over”, but they could be a “useful building block of general practice”.

“For years many of us have wanted general practice to remain small as a community resource and concomitantly be big as an alternative to the hospital centric model,” he continued.

Robert Flack, chief executive of Kirklees community health provider Locala, said his organisation had a “really tight relationship” with the local federation but it required a leap of imagination for fledgling federations to see themselves as leading MCPs.

“We need GP partners to become part of us but their reaction to that would be negative,” he said. “Some larger practices are saying that with the challenges of pensions, [personal medical services] arrangements and the contract, they can’t see a future for current primary care so they want to come up with a new model.”

He added: “We need a fundamental rethink with GPs about a new model of primary care. For instance, we might need to close branch surgeries because they are not financially sustainable. That all requires different skills, different commissioning and different forms of organisation.”

Ms Parker agreed that “there is not one model that should be followed across the country”. “Hybrids work,” she said. “Federations still have the same challenges we had during fundholding and practice based commissioning. But the pressure is now also on larger practices as GPs are looking for new opportunities in less pressurised environments.”

Forms of ownership for organisations that consider themselves part of the NHS family could also be important, several participants suggested.

‘Forms of ownership could also be important’

Mr Flack said: “It makes a big difference to staff that we are a mutual and that they are around the table in our MCP conversation. We have worked very closely with the mental health trust on the concept of an MCP.”

He added that since the review he had been “hearing all the right things but will it be real?”.

A policy vacuum exists around contractual mechanisms in primary and community care, he warned.

Dr Yates said: “I want an MCP to be an integration of care across the system but we need the logistics behind the service.”

However, he also cautioned that the unintentional consequences of changing the primary care system would need to be considered.

“We might lose the independent contractor model,” Dr Yates suggested.

When Mr Flack commented that “we need a culture about the community”, he kicked off a discussion about a perceived continuing failure to recognise the knock-on effects for the system of underinvestment in community and primary care services.

Recalling his time at the Department of Health, Professor Colin-Thomé said at that time hospitals failed to recognise that 40 per cent of breaches of trolley targets involved older people.

“It was crying out for community service development but the hospitals could not see that,” he said.

Pointing to the declining share of NHS spending allocated to primary care, Dr Yates suggested that the NHS has still not recognised the link.

Meanwhile, Lance Gardner, chief executive of the Care Plus Group, said “the race to the bottom in social care” was a further worrying symptom of underinvestment in preventive and early intervention services.

He emphasised that the community health and social trust he leads in north east Lincolnshire now works in partnership with other organisations, including the acute trust and GP federation. This meant surrendering some individual sovereignty, he said, but this would be key in new models.

He continued: “If the hospital fails the four hour target, it is the responsibility of all our services. We are being collegiate about the problem and working with our partners rather than fighting each other.”

With six organisations now “all in the same room” and weekly meetings of chief executives to resolve problems, the next logical step is a joint venture, he added.

“In applying for a grant recently, we had to put in six lots of accounts, get six sets of legal advice. We now see commissioning of systems rather than services because we do not want commissioners to have six conversations with six providers.”

He noted, however, that further integration and development could yet be hindered by regulatory issues.

“The [Care Quality Commission] is saying that we are different and therefore high risk. That is discriminatory – we want to be different.”

Reflecting on the range of models already developing or in place, Professor Colin-Thomé ended the session by suggesting providers should be less nervous of the view from the centre.

While the authors of the forward view are unlikely to let a thousand flowers bloom, well tended variations might well receive official support, he concluded.

All comments were made at a roundtable discussion on multispecialty community providers hosted by Primary Care Commissioning.