Where is the evidence for promoting integrated care?

An examination of the data suggests there is little evidence that we are measuring the impact of integrated care on patients, says Veronika Thiel 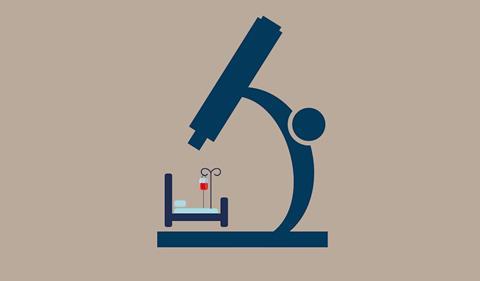 Integrated care is making inroads into the NHS and new models are springing up across the country, from vertical integration in Birmingham to an accountable care organisation in Cambridge.

The better care fund is a further indication that the government is serious about promoting integrated care and the 14 selected pioneer sites will continue to do great work in this area.

‘It is acknowledged that integrated care should be about patients, not money – a single focus on cost savings might be chasing a mirage’

But while we often hear that integrated care produces benefits for patients, a close look at the data highlights a dearth of evidence on the impact of integrated care.

Case sites such as ones analysed with former colleagues at the King’s Fund showed great innovation and dedication to patient centred care, but most failed to demonstrate systemic evidence of improved care outcomes and satisfaction levels.

This absence of evidence is not limited to those sites alone. For example, the evaluation of integrated care pilots by RAND Europe and the research briefing by the Social Care Institute for Excellence found the same to be true.

The question is why does it appear so difficult to generate evidence and to track indicators over a number of years to show that changes are sustained?

A briefing by the Nuffield Trust suggests compelling reasons for this lack of evidence, which can be succinctly summed up as “it’s complicated”.

There are issues around attribution: is a change caused by a single intervention or are other factors at play? The existence of IT systems – or lack of – plays a major role, as do data governance issues, as well as time and money.

In addition to the complexity of measuring impact, there is too strong a focus on cost savings that integrated care might or might not achieve, at the expense of simpler measures that focus on patient and carer satisfaction.

Take just one of the most popular proxies of cost savings, the avoidance of unnecessary hospital admissions, or accident and emergency admissions in general. The better care fund will also use this indicator.

Patients in integrated care projects − mostly involving some form of virtual ward or predictive risk modelling − make up only a fraction of patients in a given area, so a reduction in their admissions will have little impact on overall admission numbers.

For example, virtual wards in South Devon and Torbay target the 0.5 per cent of patients most at risk of admission − a reduction in their admissions numbers would barely make a dent in the overall cost to the local health economy.

Of course, tracing an individual patient’s care episodes could show that, following inclusion in a virtual ward, the patient experienced fewer A&E admissions.

However, due to issues around data sharing, coding of A&E admissions and IT system incompatibility, tracking A&E admissions for virtual ward patients is not straightforward.

‘While data experts are working on methods to measure cost savings, we should focus on simpler measures such as patient satisfaction’

Even if these problems could be ironed out, achieving real cost savings requires a look at the whole health economy; otherwise money is simply shifted between institutions without net savings. Such a system overhaul needs time to bed in and to take measurable effect.

To make it clear, integrated care may well achieve cost savings for health economies, and commissioners should look for ways to measure these. But there has to be an acknowledgement that integrated care should be about patients, not money, and that a single focus on cost savings might be chasing a mirage.

Integrated care still requires qualified personnel to visit and provide care; regular assessments; maintenance of a transport system to bring people to outpatient appointments; and sufficient staff to cater for the growing population likely to be in need of care. Transition is also likely to cost money initially, rather than save it, as providers and commissioners invest in IT systems and premises to facilitate joint working.

As recent research by the Personal Social Service Research Unit shows, there has been a decline in social spending in the last three years, indicating cuts in capacity and frontline services with the obvious consequence that health and acute services specifically might face an increase in admissions of precisely those patients that integrated care seeks to keep out of A&E.

Cost savings in times of austerity and reform upheaval are difficult to measure and sustain, and while data experts are working on methods to measure cost savings over time, we should focus on simpler measures such as patient and carer satisfaction.

How has their experience of care changed? Do patients and their carers feel this change? Are they more active and mobile? Patient stories of such experiences abound in integrated care, but they are seldom systematically collected and analysed. These are the low hanging fruit.

A care coordinator could ask patients some simple questions every three months and use simple tools to check on change and improvement.

Changes can then be tracked in relation to the original point and always in reference to the previous mark. Simple data such as this could be easily collected. Not only would it show how patients fare, it could also highlight to practitioners and managers if they are achieving what they set out to.

By focusing on patient and carer benefits, commissioners and practitioners would also stay true to the central tenet of integrated care: namely, that integrated care is patient focused care, and that the wellbeing of them and their carers should be centre stage.

Veronika Thiel is a freelance researcher