The controversial Cambridgeshire older people’s services contract collapsed because the provider expected to be paid substantially more than had been agreed in the deal, an audit has found.

The investigation into one of the largest deals ever awarded for NHS clinical services has also raised serious questions over the quality of advice received by Cambridgeshire and Peterborough Clinical Commissioning Group. 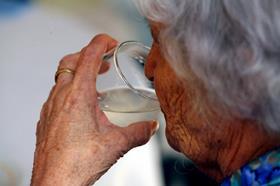 UnitingCare Partnership’s contract was worth £725m over five years

The contract, which was awarded to UnitingCare Partnership in November 2014, was worth £725m over five years, and collapsed after just eight months of operation in December.

An audit by West Midlands Ambulance Service Foundation Trust, carried out on behalf of the CCG, found that one month into the contract the provider asked for an extra £34.3m for the year. This would have been worth 23 per cent of the £152m contract value for the first year of the contract.

This included £6m relating to the acuity of patients and £4.9 relating to additional VAT liabilities, which the CCG said were not relevant.

After months of negotiation, a recovery plan being introduced and an uplift of £9.3m offered by the CCG, there was still a gap of around £10m.

“It is clear that the provider believed there was opportunity to negotiate on other aspects of the contract value, post award,” the audit said.

It said: “The fundamental reason for the termination of the contract in December 2015 was an inability to reconcile the CCG and provider position in relation to contract value despite attempts to bridge the gap between the two positions.”

This was despite UnitingCare agreeing during the bidding process that it would work within the original contract value “without assuming the receipt of any additional funding”.

The audit also points out that, although UnitingCare submitted a business case to Monitor, this was not shared with the CCG. The assumptions in the business case were never compared with the contract bid, despite the CCG and the regulator being in contact about the deal during 2014-15.

The audit highlights shortcomings in the advice and support given to Cambridgeshire and Peterborough CCG during the tender process. It lists the CCG’s advisers as: the Strategic Projects Team, Deloitte LLP and Wragge Lawrence Graham & Co.

The Department of Health also failed to recognise any problems with the tender process. A DH “gateway report” for the exercise, which took place in November 2014, said: “The procurement process, so far, has clearly been undertaken professionally. It is a mark of success for such a high profile, high value procurement that it has reached this stage, maintaining competitive tension, whilst also receiving no challenges to the process.”

An NHS England review into the fiasco is expected to be completed soon.

In a statement included in the audit, the CCG’s governing body welcomed the report, and said there were lessons for how it “conducts complex, high value procurements in the future”. It also said that it “relied heavily on external specialist advice”, and that the negotiations going on after the contract went live had increased the level of risk.

A spokesman for the Strategic Projects Team, which is part of the NHS Arden and Greater East Midlands Commissioning Support Unit, which is hosted by NHS England, said: ”We welcome the report’s findings that the procurement process and financial evaluation was robust, and the references from the didders, CCG and NHS gateway highlighting the procurement was professionally managed and suited the requirement to ensure competition and bidder selection.

“SPT were the Procurement Advisors and all documentation prepared and issued as part of this appointment was agreed by the CCG.”