Admissions of covid positive patients in London and the south east are on course to fall to a  managable level by the end of February.

The running seven-day total of admissions began to fall in both regions on 10 January and has dropped for each of the 19 successive days.

If these average daily falls were maintained, the capital’s total would reach a zero on 24 February and the south east two days later.

The average daily fall is likely to slow as numbers get smaller, although there is no sign of this to date, and the continued existence of the virus means the number will, of course, mean admissions will likely instead bottom out at a more controllable level.

London’s admissions total fell below its mid-April peak 10 days ago and has been falling in lock-step ever since. 37 days after the first wave peak, the capital’s seven day admission total was 859, roughly equivalent to the number recorded in the period just before the start of the third wave during the start of December.

It is important to remember that the number of covid inpatients in hospitals lags the admissions total and that falls in the overall total hide a greater pressure on intensive care beds.

The east region has seen its seven-day total of admissions fall for 16 successive days to 2457, an average drop of 58 a day. This trajectory would take it to a theoretical zero on 11 March.

The other four English regions are all seeing falls in admissions, but not for a long enough period to make any meaningful projections. 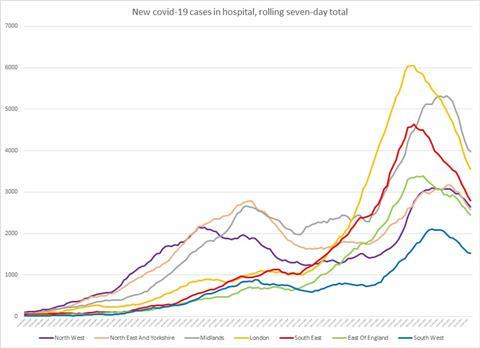 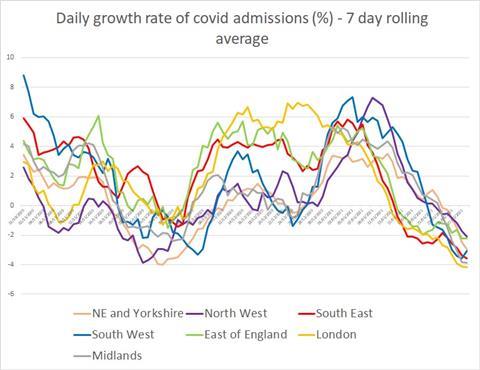 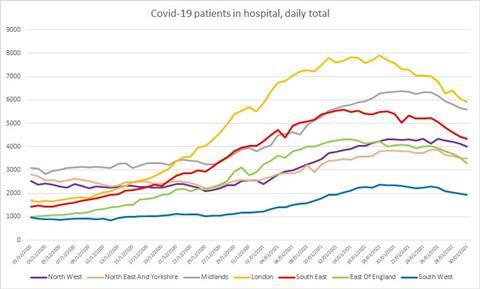 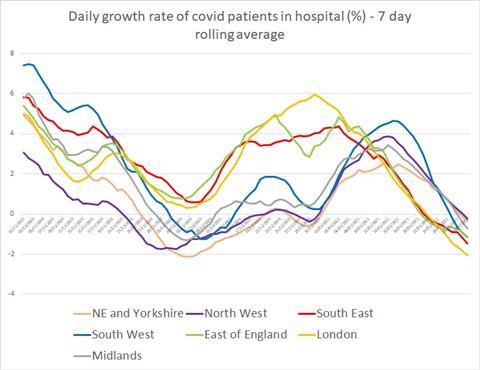