A former NHS England regional director has been called in to help a troubled health economy with winter pressures.

The appointment of Anne Rainsberry, who was NHS England’s London director until this autumn, to support the east Kent health economy is a sign of concern at the centre. 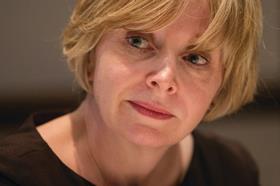 The former chief executive of East Kent Hospitals University Foundation Trust, Matthew Kershaw, left in September when the trust was identified as having the worst accident and emergency performance in the country. Its two main emergency departments in Margate and Ashford have reported long waiting times, after some services at its third major site – Kent and Canterbury Hospital – were downgraded earlier this year.

Recent board papers highlighted the risk of patients with serious illnesses not being quickly identified in A&E. This was given the highest possible risk rating of 25 – with delays in assessment and evaluation of patients due to overcrowding in emergency departments being highlighted, and a warning that surge resilience plans do not meet unprecedented demand.

Dr Rainsberry’s appointment comes as A&E figures for November show the trust was still one of the worst performers in the country with only 79.9 per cent of patients discharged or admitted within four hours. In the two type one A&Es this fell to 69.6 per cent. In this period, 624 patients spent more than four hours waiting for a bed after the decision to admit them.

However, not all the problems are with the trust. GP services in east Kent have also been under pressure with some struggling to recruit and having to close their lists. The trust had 55 beds occupied by people with delayed transfers of care in October.

An NHS Improvement statement said: “Drawing on her extensive experience of working with NHS England through previous winters Anne Rainsberry will help the NHS in East Kent manage the additional demand for services that winter brings and maintain services for local patients in the months ahead.”

Dr Rainsberry works with CarnallFarrar, the consultancy firm set up by former NHS London director Ruth Carnall, which has been instrumental in the development of the Kent and Medway sustainability and transformation programme. Her system-wide appointment will last until the end of March.

At the trust, interim chief executive Susan Acott – who is expected to return to Dartford and Gravesham Trust at the end of March – and interim chair Peter Carter have introduced changes to A&E aimed at improving patient flow.