The chair of a trust struggling with accident and emergency performance is stepping down, just weeks after the chief executive resigned.

Nikki Cole, whose term as chair of East Kent Hospitals University FT was not due to end until next May, will be replaced on an interim basis by Peter Carter, former chief executive of the Royal College of Nursing and Central and North West London FT.

Mr Carter was interim chair of nearby Medway FT for five months until the end of March.

His appointment at East Kent was announced late yesterday. 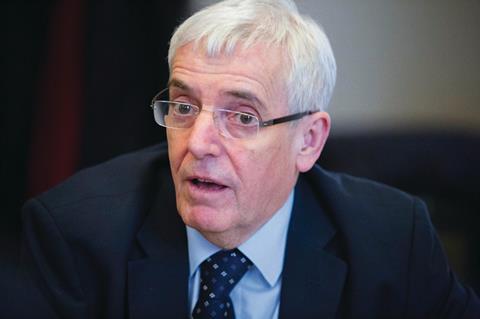 Earlier this year East Kent had to “temporarily” downgrade emergency care services at its Canterbury site, after a lack of consultant supervision led to some junior doctors being moved to other sites in the trust.

East Kent is the worst performing trust in England on A&E so far in 2017-18, with around 30 per cent of patients waiting over four hours.

Mr Carter, who will start as chair on 17 October, said: “East Kent Hospitals has made a lot of progress and has a great future ahead. I know how hard everyone is working to improve the A&E performance and experience for patients and that will come with the positive changes the trust is putting in place.

“The trust also needs to implement a long term clinical strategy so that it can move forward with the changes that are needed to provide sustainable services which will mean patients get faster, more effective care.”

The trust and its partners have recently begun a 12 month plan to improve emergency care, including 24/7 mental health teams in emergency departments, quicker identification of patients at risk of pneumonia, expanded rapid response teams in the community and more ambulatory care.

Ms Cole said it had been a “privilege” to serve as trust chair since May 2015.

“In that time there have been significant improvements in governance and quality which led to the trust coming out of quality special measures in February 2017. We stabilised and improved the trust’s financial position, developed with our staff our vision and values and set clear strategic objectives to continue the improvement in patient care,” she said.