The big change that can reduce medical errors

There is compelling evidence that flattening the NHS hierarchy and introducing staff self management would reduce mistakes in the NHS, says Kate Laycock 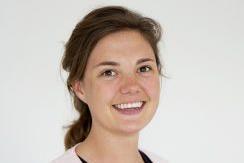 Will the NHS never learn? That was the damning title of a report published last week by the Public Administration and Constitutional Affairs Committee (PACAC) on how the NHS approaches mistakes.

The report explained “there is precious little evidence” that the NHS learns from mistakes. In fact “fear of blame inhibits open investigations, learning and improvement”. The report welcomed the recent introduction of the Healthcare Safety Investigation Branch, designed to investigate serious errors or mistakes and set the tone for NHS trusts’ internal investigations.

The PACAC, however, lacked faith in this organisation’s current structure and insisted that HSIB needs its own legislative basis in order to be independent and ensure that the “safe space” for its investigations is protected. The creation of this independent body is part of a wider initiative to improve the NHS learning culture, also including training and accreditation, awareness campaigns and reforming the investigations process.

These initiatives are highly important as the PACAC report showed one in 10 patients who go to hospital suffer from medical error. A report out yesterday from the think tank Reform strongly supports the secretary of state for health’s aim to make the NHS “the world’s largest learning organisation”.

The barrier to achieving this lies deep in a culture of nervousness surrounding innovation and mistakes. Addressing NHS culture will require more than the introduction of a new national body.

The NHS is a large and complex organisation with multiple layers of hierarchy and management. These stifle innovation and, at times, lead to mistakes.

Elaine Bromiley died during a routine surgical procedure, in which nurses identified a solution, but were not consulted by the under-pressure anaesthetists.

A theme of management literature is the need to remove hierarchy to streamline decision making and task execution. One option for the NHS is a less hierarchal, self management model.

This means teams of employees organising themselves around the work that needs to be done. It allows those closest to the problems to solve them rather than relying on removed management.

This less hierarchical, team based model has been used in Southcentral in Alaska, and has led to waiting times being reduced from four weeks to the same day, faster referrals and a better relationship between patients and clinicians. With fewer middle managers to monitor employees, IT disseminates information throughout the organisation and allows those delivering services on the frontline to act autonomously.

Buurtzorg, a Dutch nursing-care provider which employs 9,000 nurses, has implemented a model in which teams of 10 to 12 nurses decide which patients to serve, where to rent offices, and which doctors, pharmacies and hospitals to work with. There are no defined leaders as management tasks are shared between nurses.

The model allows clinicians to deliver bespoke care to patients instead of following centrally set targets. This has resulted, according to one study, in 40 per cent less care hours because patients become self sufficient faster.

Emergency hospital admissions have been cut by a third, and the average hospital stay of a Buurtzorg patient is shorter. A mantra of its founder is: “Humanity above Bureaucracy”.

Self management models will not be implemented overnight and they are not the panacea to all problems facing the NHS. Where deployed across the public sector, however, employees have been empowered to innovate and free to learn.

Flattening the NHS hierarchy will give staff the power to not only recognise mistakes, but make the changes to ensure they never happen again.