While politicians arm themselves with NHS rhetoric, the BMA follows up with an ironic campaign 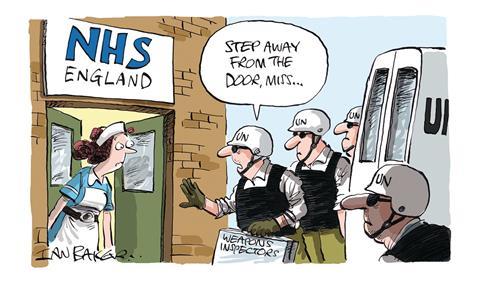 End Game is sure that any observer of the NHS is heartily sick of politicians “weaponising” the health service like it’s going out of fashion.

This hasn’t filtered through to our elected representatives, though, who clearly see a lot of mileage left in this most overused and least understood of terms.

The latest culprit was health secretary Jeremy Hunt, whose irony alertometer failed to sound when he tweeted this: “Labour’s attempts to weaponise English NHS undermined yet again by new Welsh A&E stats.”

Seemingly his own weaponising of the entire Welsh NHS passed him by.

End Game wonders if it would be preferable for Mr Hunt and shadow health secretary Andy Burnham to weaponise themselves and slug it out to the bitter end.

No one emerges the months before an election covered in glory but even we spluttered in our tea when we saw the British Medical Association’s latest campaign.

No More Games urges all political parties not to toy with the NHS and to focus on its long term future, rather than “short term political gains”.

All of which sounds mightily like game playing itself.

As one sage Twitter commentator put it: “The BMA have launched #NoMoreGames which appears a none too subtle attempt to… well, play political games.”

Coming from a special interest group that announced its withdrawal from contract negotiations through the BMA Twitter account before it informed sparring partner NHS Employers, you’d be forgiven for suspecting that the pot is most definitely calling the kettle black. 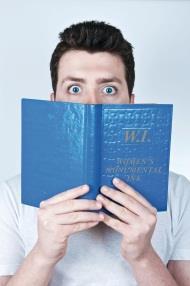 ‘The locals have got especially worked up’

The collection contains a notably spicy tale called The Conquering Gibraltarian Adonis, which End Game understands has got locals especially worked up.

So if you want to help cancer patients in the West Country, cough up some cash and read it for yourself. End Game wonders if NHS England will seek to spread this example of bottom-up innovation throughout the country.

A gender item from Stevens

As if NHS England chief executive Simon Stevens’ new “vanguard” sites for implementing new care models were not already exciting enough, we were delighted to find out that he’s thought of a sexy new name for them too: “vanguardistas”.

It wasn’t previously a word, but the NHS is running out of descriptors for “people doing new stuff”, so we congratulate Mr Stevens for his contribution to the service’s vocabulary.

While shoving “ista” on the end of a word can make it sound vaguely badass, the effect is diminished when used alongside a reference to the world’s campest spectacle: the Eurovision Song Contest.

Apparently the vanguardistas will be chosen via a vote by fellow bidders – “Eurovision style”, according to Mr Stevens. Hopefully the voting will not be fuelled by petty local rivalries and historical territorial disputes, but we won’t hold our breath. End Game would also like to volunteer to drunkenly commentate on proceedings.

Weirdly, that’s relevant to all this as, before Mr Stevens hijacked the letters “FYFV” with the NHS Five Year Forward View, the acronym meant – and still does to many people – “find your female voice”, and was used by transgender people to describe the process of learning to talk like a woman.