The Pan European Public Procurement Online (PEPPOL) is a relatively new concept for the UK but one which could have benefits for the NHS well beyond just trade. Aideen Ryan explains the system’s potential 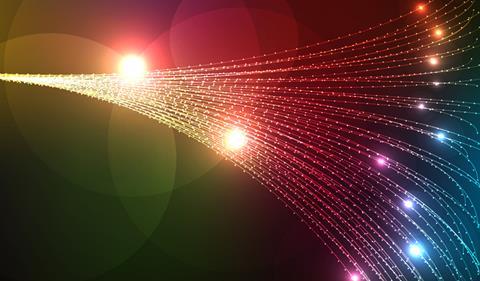 This article was part of the eProcurement channel, in association GS1. The channel is no longer being updated.

The e-procurement strategy has mandated the use of GS1 standards and Pan European Public Procurement Online (PEPPOL) in the NHS.

PEPPOL is not a new concept. In 2012 it was made mandatory in Norway, and it has also been used within public procurement in other countries since 2011.

Many millions of PEPPOL transactions are processed every month, in a business to government, a business to business context and for government to citizen purposes, as done in Norway.

So while it is a relatively new concept for the UK, PEPPOL is already a mature technology that is open for business today.

PEPPOL enables the NHS and its suppliers to use standardised connection for e-ordering, e-invoicing, electronic credit notes and advance shipping notifications.

In a traditional electronic data interchange (EDI) environment each supplier would have needed an individually negotiated contract to provide a hard coded service to each buyer.

PEPPOL enables trusts to have one single e-procurement link to the outside world, via which they can trade with current future suppliers, large and small, in the UK and internationally.

A supplier needs only one connection to PEPPOL to reach, not only all NHS customers, but also all other PEPPOL connected trading partners at home and abroad.

Very importantly for a PEPPOL enabled entity (trust or supplier), there are no additional set up costs incurred to begin trading with a new partner. So long as both buyer and seller have PEPPOL access, they can trade together.

If NHS were to focus only on the largest suppliers making up the bulk of the orders today, and deprioritise the long tail of possibly many thousands of smaller suppliers, the overall savings from PEPPOL implementation will be undermined by them generating manual work.

‘The NHS should not deprioritise smaller suppliers. This would only undermine the potential savings to be made’

The more smaller suppliers that can be encouraged to be PEPPOL ready at an early date, the sooner overall NHS cost savings can be achieved.

Some trusts and suppliers will already have non-PEPPOL e-procurement connection formats in use.

These will have to be replaced or reprogrammed to translate existing formats to the PEPPOL standard.

Replacement or reprogramming will represent a cost which should be considered in the overall e-procurement business case.

PEPPOL is a standardised service so there should be no technical difference between the PEPPOL service offered by different providers, other than price.

As with any buying decision in the IT field, the reputation and reliability of the provider should be considered.

If a PEPPOL gateway is offline, no traffic can be sent or received. Price savings in provider selection could then quickly turn into an expense.

What about integrating different platforms?

PEPPOL can be incorporated into enterprise resource planning solutions at the trust or supplier side.

There is a specific security protocol used for PEPPOL and most solutions will have a communication module which can be configured to send and receive to this protocol.

If a smaller supplier or trust did not wish to integrate PEPPOL into an enterprise resource planning solutions system, a simple web gateway could be set up to integrate with PEPPOL.

How PEPPOL usage is charged

Charges for its provision differ by provider. The most common involves a one-off setup charge and a charge calculated by monthly use, based on transaction volume. There may be an additional upfront charge for the programming needed to translate from existing EDI formats to PEPPOL.

It is feasible to provide PEPPOL services with zero upfront cost, however this would mean rolling the actual costs into a higher use charges.

There may also be providers who offer a completely free PEPPOL service - such business models are generally funded by cross-subsidising by tying in the client to buying other products such as invoice financing.

Also, if one customer is receiving a free service, effectively the costs of its provision are being spread thinly across all other revenue generating clients.

What an NHS supplier needs to know

Suppliers will probably be familiar with many other forms of electronic trade, including EDI and trading platforms.

‘All PEPPOL exchanges happen in one agreed standardised format’

The primary difference between PEPPOL and more traditional systems is that once the connection is set up there will be no additional costs to on-board new trading partners as all PEPPOL exchanges happen in one agreed standardised format.

It is true that trading platforms would lay claim to this “benefit” also, however they will also insist that every trading party needs to join up to their closed network.

The non-NHS benefits for suppliers

The NHS adoption of PEPPOL will lead to a wide and fast expansion of common e-procurement capabilities within NHS focused suppliers, many of whom probably also trade with each other.

Today, this trade is either paper based or happens via traditional or closed platform means.

The benefits of PEPPOL go far beyond NHS trade.

A business that can take advantage of NHS PEPPOL adoption to increase their use of e-procurement in day to day trade will realise savings previously only accessible by companies who had the financial clout to force their trade partners into a restrictive electronic trade environment.

Aideen Ryan is a project executive for IBM