The government needs to make sure that social care services are adequately funded, cap any individual’s total exposure to social care costs and maximise the savings which people can retain. By Rob Whiteman 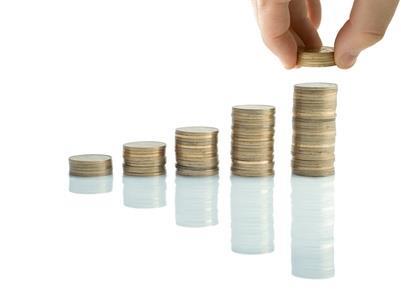 The Spring Budget suggested that the government understood the two key issues for social care. First that the care system was at breaking point following funding reductions in the teeth of demographic trends that increase demand. And second, the impact of the “overhang” from the Care Act.

On the first issue, the government clearly recognised the need to act, by announcing the phased £2bn increase and flexibility afforded for council tax increases for social care purposes. That was surely the right priority, for service users, local government and – given the knock on effects – the NHS.

On the second issue, the ”overhang” from the Care Act 2014, by announcing a Green Paper on Social Care for the autumn, the government shied away from promising the money but signalled a desire to take a serious, measured and consultative approach to a matter which successive administrations have failed to tackle. Governments have been able to delay action because inaction doesn’t bring down the system – it is care users and their families who bear the financial pain.

As the Dilnot Commission pointed out, without a cap on social care contributions home owners face the potential of catastrophic care costs. Rather than their house flooding or subsiding, its equity may be fully consumed by social care fees.

True, this will only happen to only a minority, but the same can be said of your house flooding, and we consider it essential to insure against that financial impact. The potentially huge financial costs involved have been emotively referred to as a “dementia tax”, making the point that the financial consequences of cancer and of Alzheimer’s disease are very different.

Dilnot argued that the market structure doesn’t allow private insurance products to operate, but that the problem could be solved by the state taking the risk above a certain “stop loss” point by the introduction of a contribution cap.

There is also a secondary problem: the small amount of capital wealth with which some people are left under the current system, which runs down the equity of house owners in residential care to the current capital threshold of £23,250, and the arguably illogical way which this applies across different types of care.

Not only do those with ongoing health needs make no parallel payment, those receiving home care don’t contribute from their equity because they are – by definition – still living in their homes.

The Conservatives’ quickly rescinded manifesto proposal started to address some of this inequity between payments for different types of care, raising the capital threshold to £100,000 and extending it to home care on a deferred basis, which would have generated extra income. It would also have been administratively simpler to implement than the Dilnot cap.

Yet, far from tackling the primary concern, it actually extended its scope and made it potentially worse, hence the strength of feeling which the seemingly hasty proposals misjudged.

The promised Green Paper on social care finance will need to revisit the issues. It is a matter of finding a realistically costed balance between three desirable outcomes: making sure that social care services are adequately funded; capping any individual’s total exposure to social care costs; and maximising the savings which people can retain.

These cannot be met in a straightforward way within the government’s current economic strategy, so the same trade offs will be needed. This is ideal territory for consulting on costed mixes of options: if the Care Act’s £72,000 cap (already double the £35,000 which Dilnot’s report declared desirable) and £118,000 capital threshold are judged unaffordable in that context, then what mix would be affordable?

A £100,000 cap and a £50,000 threshold, for example, would be a comparatively low cost solution which would still represent a doubling of the capital people can retain, and introduce a “worst case” limit on their total costs. Other options are possible, but the new government will need to face up to its difficult social care task of balancing costs and equity.