Brexit: Fall in the pound could create extra £900m bill for NHS

Brexit could result in an extra £900m bill for the NHS as suppliers hike their prices to protect themselves against a weakening pound.

The currency turmoil triggered by Britain’s decision to leave the EU could add a further 18 per cent to the efficiency target set out in the Carter review, according to NHS procurement expert Chris Robson. 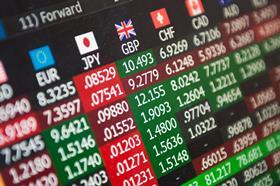 There has been currency turmoil following the Brexit vote

Mr Robson, of the management consultancy Akeso and Company, estimates that at least half of the products used in the NHS originate from outside of the UK, with a high proportion manufactured in Europe, Switzerland, the US and the Far East.

Most NHS organisations buy products in the pound, which has plumbed depths not seen for over 20 years against most global currencies.

According to Mr Robson: “The ongoing and sustained deterioration in exchange rates versus key currencies… is very likely to lead to claims from suppliers for an increase in [pound] pricing over the longer term.

“We estimate that the sustained deterioration in exchange rates could generate claims for price increases worth up to £900m per year against the NHS’s non-pay spend over the next 12-18 months.”

An extra £900m bill for the health service would add 18 per cent to the £5bn savings target set out in Lord Carter’s review of NHS efficiency. Mr Robson said the NHS would have to deliver the additional £900m savings “in order to standstill”.

To address this cost pressure Mr Robson, a former procurement director at Cambridge University Hospitals, recommended the NHS should do four things.

Second, the NHS needed to “find a way of efficiently dealing with the possible wave of supplier claims”, rather than having the same discussion for every trust.

“In the longer term, the NHS or Department of Health may wish to explore options such as establishing a team to help manage the risk across the system and examine the steps, tools and instruments that are available to it,” he said.

Third, NHS buyers should acquire the skills to understand and track foreign exchange and become familiar with techniques for managing such risk. This could include buying products in the currency where they originate.

Lastly, Mr Robson said the health service “should use the power of competition” to control prices, and explore options such as “relocating manufacturing to more cost efficient locations… with key incumbent suppliers”.