The Department of Health and Social Care has established a subsidiary company to manage the new NHS procurement model, which aims to deliver more than £2bn of savings over five years.

The company has been registered in Companies House as Supply Chain Coordination Limited but is known as the “intelligent client coordinator”. It will employ more than 200 people who will manage how the NHS buys common goods and equipment. 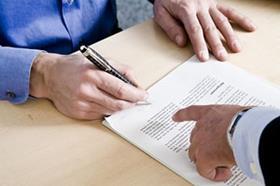 It comes after the DHSC awarded contracts to seven organisations that will be tasked with making multimillion pound savings from buying goods that currently account for £5.7bn worth of NHS spending.

HSJ understands DHSC commercial director Jin Sahota is interim chief executive of the company but the department’s intention is to advertise for a substantive chief executive once the new procurement model is fully in place.

Since May, the DHSC has spent £4m on consultancy from EY, which won a contract to help establish the ICC. This work is ongoing.

A source close to the process said forming a limited company was considered the “most appropriate” form based on the functions of the ICC.

They said a “detailed option appraisal” was carried out over several months before the decision was made.

Asked if there were VAT or financial benefits for the DHSC, the source said VAT was not a “key driver” in the decision to set up a subsidiary.

They added: “The selected option increases the transparency of VAT in the system, which allows NHS trusts to reclaim VAT on products where it is within VAT guidelines to do so.”

Despite being set up as a wholly owned subsidiary, HSJ understands new staff recruited to the ICC will join on Agenda for Change pay and grading.

Many NHS trusts have established their own subsidiaries in which new staff may not be hired on Agenda for Change terms, which could bring savings for the trust.

A portion of ICC staff will comprise people from NHS Business Services Authority and NHS Supply Chain, who will transfer under TUPE regulations.

The ICC will manage the providers of the new procurement model, which replaces the NHS Supply Chain contract held by DHL in October.

The company will hold the contracts secured between the procuring organisations, known as category towers, and suppliers.

Its staff will also liaise with trusts and a special unit in the company has been created to scrutinise the clinical value of the products selected by the category towers.

This clinical and product assurance unit will build on work by the NHS clinical evaluation team, which is being disbanded.

CAPA will also be tasked with ensuring the category towers focus on innovation as well as the rationalisation and cost of products.

The DHSC hopes the model will lead to savings of £2.4bn over the next 4-5 years.