Exclusive: A quarter of a million staff opt out of NHS pension

A quarter of a million NHS workers opted out of the pension scheme over the past three years, with experts blaming a “punitive” government tax regime and the current cost of living, HSJ can reveal.

The government reduced the amount of tax relief that can be applied to pension schemes in April 2016 and dropped the lifetime allowance to £1m.

The figures suggest the government’s pension reform may well have had a significant impact on the number of opt outs in 2016.

HSJ requested data from NHS Business Service Authority from 2012 but was told the information from the period up until July 2014 was only held in paper form, and was destroyed in line with records management practice.

“Employers would like to see more flexibility in the pension scheme to allow staff to differently manage contributions to reflect and support their personal priorities,” Mr Mortimer said. “We believe that this would further modernise our offer to staff, and assist retention for the scheme and more generally for employers.” 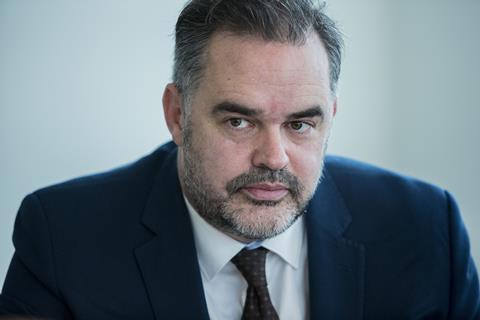 Jon Restell, chief executive of union Managers in Practice, said that as well as the limit on the annual allowance, the government’s pay policy would have played a part, especially for staff in lower pay bands.

He said: “The large numbers in younger members may be a result of auto enrolment and these lower pay band salary pressures.”

Mr Restell added that although there is no “overwhelming evidence” that the annual allowance is driving opt outs from the pension scheme, he stressed it is “clearly a factor for many staff, especially higher earners”.

He called for the government to make the tax regime “less punitive in the upcoming Budget”.

“The NHS pension scheme should do more to help members reduce the impact of the tax regime,” Mr Restell said. “These measures would probably increase revenues to the Treasury by keeping people in the scheme paying contributions.”

Andy Haynes, executive medical director at Sherwood Forest Hospitals Foundation Trust, told HSJ the pension changes are resulting in staff choosing to retire, and described this as “a significant issue for people”.

“Those consultants are capable of delivering a lot of work because they are so experienced,” Dr Haynes said.

He added there needs to be “clear guidance” from the government and access to “quality advice” around the pension scheme.

One 32 year old NHS finance manager who wished to remain anonymous told HSJ they opted out of the scheme when they were 28 for financial reasons – though this was prior to the rule change in 2016.

“I need the money now as I have a young family and you basically put a hold on your future as retirement is 35+ years away,” the person said.

“What doesn’t help with the [pension] scheme is that the percentage [contributions] increases as your salary goes up so you don’t actually see an improvement in your net pay,” he said.

“The increase in contributions penalises the bigger earners further on the assumption they have more disposable income. The increased percentage contributed to my decision to leave but the main issue is the current cost of living.”