The most financially troubled NHS trusts in England are being charged interest rates of 6 per cent on bailout loans from the Department of Health, which experts have likened to “kicking someone when they’re down”.

HSJ has learned that trusts in financial special measures are paying interest rates up to four times higher on “working capital” loans than other providers. 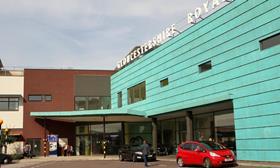 The DH said this is designed to “reflect the additional risk in providing this finance” to trusts in special measures.

Dozens of trusts with income and expenditure deficits are drawing down revenue loans from the DH to maintain payments to staff and suppliers, but these usually carry interest rates of 1.5 or 3.5 per cent.

However, Barts Health Trust, which was placed in financial special measures in July, confirmed to HSJ it is being charged 6 per cent on a £54m loan, and 3.5 per cent on another loan of £83m.

This would equate to an annual interest payment of £6.2m for a trust which ended last financial year with an underlying deficit of more than £200m.

Richard Murray, policy director at the King’s Fund, said: “This underlines just how keen the department is to make life in financial special measures as unpleasant as possible, thereby encouraging other trusts to live within their financial targets.

“However, for the struggling organisations already dependent on DH support, raising the hurdle in this way risks them simply coming back for more money when they cannot make the repayments. It feels rather like kicking someone when they’re down.”

Mr Murray has previously questioned whether trusts such as Barts will ever be able to pay their loans back, as it is likely to take several years to achieve a surplus position.

Brighton and Sussex said it is being charged 6 per cent interest on most of its £59m revenue loan from the DH, with £43m carrying the higher interest rate.

East Sussex is being charged 6 per cent on half of its £54m loan, while North Bristol is paying the higher rate on two-thirds of its £44m drawdown.

Gloucestershire Hospitals has the smallest proportion of loan funding at the higher rate, with just £6.8m of its £33m drawdown at 6 per cent.

Between these five trusts, this equates to £15m in annual interest payments.

Maidstone and Tunbridge Wells did not respond.

As previously reported, another group of trusts is due to be placed in the financial special measures regime by NHS Improvement.

It is unclear exactly how many providers are in receipt of working capital loans in 2016-17. However, around 120 are forecasting a year-end deficit, a significant proportion of which will need support to maintain staff and supplier payments.

Those outside the special measures regime generally start with a short term loan at 3.5 per cent interest, which can later be replaced by a longer term loan at 1.5 per cent.

HSJ understands that trusts are now only being issued with loans at the lower interest rate if they agree to their financial control totals.

Many providers are still to agree their control totals for 2017-18, due to efficiency requirements of more than 4 per cent in many cases, which is widely deemed unachievable.

Interest bearing loans were introduced in 2014-15 to replace traditional “public dividend capital”, which the DH called “a form of free non-repayable cash”. The move was intended to “incentivise the development and implementation of sustainable recovery plans to a point where existing debt can be serviced”.

A DH spokesman said: “An interest rate of 6 per cent is charged only to providers that are in financial special measures.

“This is to reflect the additional risk in providing this finance during the process of reasserting the financial controls needed. Providers that do not agree their control total are charged 3.5 per cent interest.”

Norfolk and Norwich University Hospitals FT and Croydon Health Services Trust were taken out of financial special measures last month. The former said it was not charged 6 per cent on any of its loans, and the latter did not respond.