NHS England has raised “grave concerns” and demanded action on the financial position of the clinical commissioning group reeling from the collapse of the £800m UnitingCare Partnership contract, HSJ has learned.

The national commissioner’s intervention follows Cambridgeshire and Peterborough CCG’s 2015-16 financial forecast plummeting from a £4m surplus to an £11m deficit because of the high profile contract collapse, its latest board papers reveal. 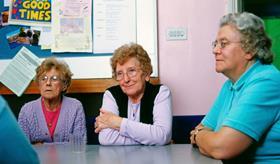 Outgoing chief clinical officer Neil Modha’s report to the CCG’s 9 February board meeting said: “NHS England have written to me as accountable officer to highlight their grave concerns on the financial situation and have set out their expectations that we will return to financial balance as soon as possible.”

It added: “The CCG’s overall position is a change in forecast from a £4m surplus to an £11m deficit. The CCG is now formally in recovery mode and will be implementing a plan to reduce the deficit to £8.4m, which is the control total agreed with NHS England.”

The reverse in the CCG’s fortunes follows the collapse in December of an £800m contract which involved UnitingCare Partnership, a fully NHS owned company, taking over the CCG’s older people’s services. The commissioner and provider announced the arrangement was not “financially sustainable” just eight months into the five year deal.

Dr Modha said the CCG had been on track to deliver a £4m surplus until the termination of the UnitingCare contract.

He explained that an “agreement” between the CCG, UnitingCare and its owners, Cambridge University Hospitals Foundation Trust and Cambridgeshire and Peterborough FT, “where all associated parties accepted a share of the financial consequences” had cost the CCG £9.97m in non-recurrent costs.

He continued: “In addition, the CCG is now responsible for contracting directly with providers… Contracts are still being negotiated.”

Dr Modha’s report also revealed that the CCG’s chief strategy officer, Andy Vowles, a key architect of the UnitingCare deal, has been seconded to the Essex success regime as programme director. The report did not say when he would return to the CCG.

It said: “Andy Vowles has been asked to take on a new role in Essex… This is an exciting opportunity and a key post in the region… We have agreed to release him on secondment, starting in early February. We are sure you will want to join us in thanking Andy for the major contribution he has made to our CCG and to the wider local NHS.”

Mr Vowles’ secondment comes less than a month after Dr Modha announced he would step down later this year.