History repeats itself: first as tragedy, then as farce

The problems that University Hospitals of North Midlands Trust, and King’s College Foundation Trust and Lewisham and Greenwich are facing a direct consequence of the acquisitions they made when South London Healthcare Trust and Mid Staffs failed, says Robert Royce 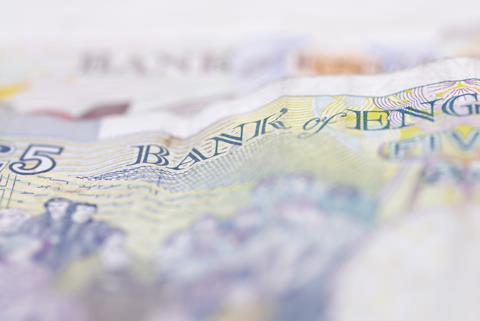 What have King’s College FT, and Lewisham and Greenwich Trust in South East London and University Hospitals of North Midlands Trust got in common beyond considerable deficits? The three were also the questionable “beneficiaries” of actions taken to disband a neighbouring trust.

King’s and Lewisham took over Princess Royal and Queen Elizabeth hospitals respectively when South London Healthcare Trust was broken up in 2013. UHNM took over County Hospital following the demise of Mid Staffordshire FT.

Millions were spent on the reviews as to the future of these organisations and this was followed by considerable capital investment and “subsidies” to the inheriting organisations. County Hospital had £47m of capital spend and every ward was refurbished.

Yet here we are a few years on, the subsidies have stopped and we are pretty much back to where we started in terms of financial sustainability… or lack of it. Also debatable is the extent to which underlying clinical sustainability issues have been resolved.

What is interesting about this is that in both cases the proposed organisational changes and financial investments were meant to sort those problems out once and for all.

SLHT’s two biggest problems were that it could not generate enough income through payment by results to cover its costs and it struggled to get the clinical staff it needed. It is difficult to see how the Trust Special Administrator’s way forward – essentially split SLHT up and give its component parts to neighbouring trusts – was going to effectively deal with these problems.

The advantages that these new organisational forms were supposed to bring were insufficient to overcome the weaknesses that had bedevilled SLHT, and the three trusts that had originally come together to make it (those trusts had run annual deficits since 2004-05). What lessons were learnt from that ill fated venture?

The TSA also recommended that Lewisham Trust be subject to major service changes. That met with fierce opposition, was subject to a judicial review (which the TSA lost) and not implemented. Some would see this as a case study of the difficulty in making substantive changes in the NHS. Others would say the proposals were half baked and deserved the reception they received. Perhaps both are right.

Mid Staffs had major financial problems but unlike SLHT it could not say that it was serving a large population. Stafford is a town of 70,000. Monitor’s report correctly concluded that the trust’s catchment population (and resultant income) was too small and it would always struggle to attract the doctors it needed.

Whether it could deliver services of acceptable quality given the scarcity of appropriately trained staff was questionable, but in trying to do so it would definitely overspend.

Is this all ancient history though? No, because it looks set to repeat itself.

Indeed, it is almost inevitable because the conditions that generated the original problem haven’t really changed that much and if anything the financial environment is more unforgiving than it was when Mid Staffs became synonymous with the word “scandal”.

What is the end game for these trusts and their local health economies? Unsurprisingly, both sustainability and transformation partnerships paint a bleak picture of local health system finances. “Our Healthier South East London” sets out the need for £0.9bn of savings and a “do nothing” additional 700 beds requirement by 2021-22.

It proposes to save £137m by matching “some of the best performing parts of the country over the course of the next five years” with £226m to be saved through “collaborative productivity”. “Within organisation efficiencies” is meant to deliver another £262m. To call the assumed savings ambitious is an understatement on the scale of calling the iceberg that sank the Titanic “just a bit of frozen water”.

Staffordshire STP cites a £542m funding gap and is flagging up that the accident and emergency at County Hospital may be further downgraded (there is already no surgical or paediatric take). The question should be not whether that should happen but rather what will that contribute in relation to the £542m?

Furthermore, if County becomes essentially an elective hospital is that viable in terms of the income it can generate versus the cost of running it? We are back to core questions about viability. Are we in for more wishful thinking? UHNM forecast a £114m deficit for 2017-18, Lewisham £65m and King’s £92m. How does this fit with the reasoning underpinning the original recommendations?

Extensive (and expensive) reviews were undertaken, and then the system chose to ignore the evidence that the “rules of the game” were fundamentally set against hospitals of this type being able to operate successfully

Plans for failing organisations (and the associated subsidies) are meant to provide a road map to where things are running normally and financial balance has been restored. In today’s NHS, this seems a fanciful notion. Most places are far from running normally, and are not in balance.

These reviews did not acknowledge the implausibility of what was being proposed in terms of being able to deliver financial balance and core performance. Instead we had a conspiracy of optimism.

The main complaint with what has gone on before is that supposedly extensive (and certainly expensive) reviews were undertaken, and then the system chose to ignore the evidence that the “rules of the game” were fundamentally set against hospitals of this type being able to operate successfully in favour of a narrative that bigger organisations and better management, combined with some temporary funding would sort out the problem.

This time round we need more honesty. If the core problem is that we no longer have sufficient funds to operate desired local services then perhaps it’s time this was recognised by providing the opportunity to bridge the gap through increases in council tax, or there is adult discussion about what the NHS can cover within available funds?

This would at least bring the funding issue to the fore. Whether this also brings the required staff is another matter. Failing that, this article is likely to appear again in the not too distant future.

Robert RoyceDr Robert Royce is an independent healthcare consultant. He was previously director of strategy at Barking, Havering and Redbridge University Hospitals trust and a visiting fellow at the King's Fund.
Follow @@DRROBERTROYCE