How to handle the ticking pension time bomb 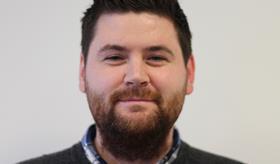 A pension “time bomb” has long been feared in public services, with the realisation that an ageing population not only pushes up demand but also drives up the costs in meeting the liabilities for public sector employees who are living longer after retirement.

Last week’s budget further confirmed what has been apparent for some time, which is that the cost for meeting these obligations will fall mostly on public sector employers.

On 1 April, a new state pension will be introduced that intends to simplify current arrangements and help make them become more sustainable to meet future costs. This will see the additional state pension component that NHS employees are currently contracted out of removed.

As a result, employers will lose access to a 3.4 per cent rebate on their national insurance contributions between the Lower Earnings Limit (LEL) and Upper Accrual Point (UAP). In all, this is estimated at costing the NHS around £800m a year, which Monitor and NHS England have already confirmed will be reflected in national tariff prices through a 1.8 per cent cost uplift.

Last week, the budget red book revealed even more pressures on the horizon, with a reduction in the discount rate for the public service pension scheme. This is the rate used for setting employer contributions to unfunded public sector schemes.

This will be reduced in 2019-20 from 3 per cent to 2.8 per cent above Consumer Price Index (CPI) inflation to “better reflect the long term expectations of GDP growth”, which increases the assessed value of pension scheme liabilities. It is harder to estimate the actual costs this will add to the NHS, without data which won’t be available until summer 2017, yet a realistic estimate based on the NHS’s portion of public sector liabilities is at least a further £600m a year.

This could mean around £1.4 bn of additional costs on the NHS a year by the end of this decade

What this could mean is around £1.4bn of additional costs on the NHS a year by the end of this decade, which is just under a fifth of the additional funding secured for health in the Spending Review last November. HM Treasury is adamant that employers should be responsible for the pension costs of their employees and it is hard to argue against this logic.

However, it’s important to remember that public sector employers operate in a system with a fixed budget set by the Treasury. This means their response is naturally limited to two realistic options: 1) reducing other costs in the pay bill or 2) spending more on pay as a portion of their total spend.

It’s difficult to see how far providers could reduce other pay costs. Agency spending has skyrocketed in the last two years and while there are new measures in place to contain this growth, it’s unclear at this stage if this will be enough to bring actual costs down.

Similarly, pay restraint helps to restrict an increase in the pay bill, yet at 1 per cent growth it is still growing in line with overall funding. Furthermore, pressures on pay appear to be linked much more strongly to demand than supply, in particular due to a wider pressure to increase staff numbers that is unlikely to abate.

Lord Carter’s review of acute productivity does identify variation in workforce costs that could help to make savings, although there is nothing to suggest that those most affected by the changes to public sector pensions are those with most opportunity to catch up. If savings cannot be found within an employer’s current pay bill, then the cost increase would need to be found in non-pay spending, which is the likely consequence from uplifting tariff prices to reflect the additional pressure.

In practice, this will mean less money available to spend on investing in the innovation and transformation described in the Five Year Forward View with resources tied up in maintaining the current model of care. All this begs the question: what can be done then to manage the additional costs to reforming public sector pensions?

To begin with, it would be good for the government to be more open about the changes being made and how they will affect public services. This includes recognising how additional costs mean less money available for the NHS to spend on staff and the wider transformation of care.

At present, reforms have been presented as a technical adjustment, yet they will have a big impact on how much it costs to deliver care in the future. If costs go up in a fixed budget, quantity must go down and this is a tough political choice that needs to be explicit.

Otherwise, criticism that commonly accompanies data on NHS financial performance will not fairly consider the pressures faced and assumptions on additional funding will misrepresent what is actually available locally.