Is Brexit or Bremain best for the NHS?

The big decision will have far greater ramifications for healthcare than merely the funding available, argues Rob Whiteman 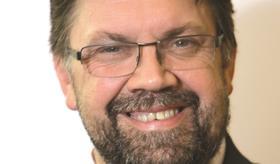 As NHS finances rest on a knife edge, claims and counter claims have been circulating in the media on whether EU membership contributes to this problem. Matthew Elliot, CEO of Vote Leave, has claimed that outside the EU there would be more funds available to spend on “priorities like the NHS”.

Whereas, on the other side of the debate, health secretary Jeremy Hunt has warned that funding levels rely on a strong economy inside the EU.

The atmosphere is highly charged and the political stakes are great, so I can understand why campaigners are trying to convince voters that the key influence the EU has on the NHS is purely financial. But, of course, it isn’t that simple.

The EU has a profound and far-reaching effect on healthcare provision in this country that is significantly more complex than its impact on the amount of money available.

There is widespread ignorance or worse still apathy around the issue, a ComRes opinion poll for The Chartered Institute of Public Finance and Accountancy shows that the public don’t seem to think EU membership has any impact on health delivery. Nearly half (46 per cent) of those polled believe membership of the EU makes no difference to the healthcare sector.

Nearly all (19 to 1) said the benefits the EU has on public services outweigh any drawbacks.

We found there was a high level of appreciation for the support networks between EU members which power research and the exchange of ideas critical to evidence based healthcare. Healthcare leaders specifically expressed concern over what would happen to these collaborative relationships in the event of an exit.

As one respondent expressed: “We [look to] health systems [in other EU member states] to learn from the best. We have done many field trips to those communities and we feel that we can learn something from them.”

EU networks provide opportunities to share knowledge and understand how services operate in other member states. Interviewees said they had often been inspired and challenged by gaining experience of alternative governance, funding and delivery models.

Going forward, the EU seeks to tackle obesity at a European level through joint policy between member states. Considering the NHS spent an estimated £6.3bn on obesity related issues in 2015, any assistance in tackling this issue must be welcomed.

As well as so called “lifestyle” diseases, increasing service demand due to immigration is widely perceived to be a drain on the NHS. Interestingly, those interviewed in our research believe that immigration, through the Freedom of Movement policy, has been largely beneficial to the sector.

Citing the contribution healthcare professionals from other member states have made, there are fears about how the sector would cope without this vital source of skills and expertise.

Indeed, Trades Union Congress figures suggest around 50,000 citizens from the Europe Economic Area (EEA) work in the NHS, representing around 4.5 per cent of the workforce. Given the Public Accounts Committee’s recent report claims the NHS has a shortage of around 50,000 clinical staff, any further reduction could place great pressure on the service.

Budgets, which are already over stretched, would need to fund locum and agency staff to provide cover. Although, it would remain to be seen how many fewer EU nationals would choose to work in the NHS if the UK were to “Brexit”.

Where there is some common ground between remain and leave camps is over the potential impact of Transatlantic Trade and Investment Partnership. Vote Leave’s Lord Owen claims with some conviction that the NHS needs to be free from the “harmful” influence of the EU-US trade deal – TTIP.

Even trade unions, such as Unison, who want the UK to stay in the EU, have called for TTIP to be rejected in its current form.

The TTIP deal means US companies will be able to bid for public contracts. As the American market-orientated health system and the NHS are fundamentally different, critics fear the deal might actually outlaw some of the fundamental principles of state provision.

To soothe these concerns, the EU Commission has recently made its negotiating position publically available. If they are to be believed, this demonstrates that the EU will establish safeguards to ensure there will be no US intervention on how member states govern their public services.

Of course, it would be naive to accept the Commission’s promises without question, but it would appear concerns over TTIP may have been overplayed.

As the referendum draws closer, considering the general lack of public awareness regarding the EU’s influence, positive or negative, on delivery of public services, the absence of more objective evidence and rational argument ought perhaps to be our greatest concern. That the public is making one of the most significant decisions in a generation on the back of a mountain of spin spells trouble.

Rob Whiteman is chief executive of the Chartered Institute of Public Finance and Accountancy.