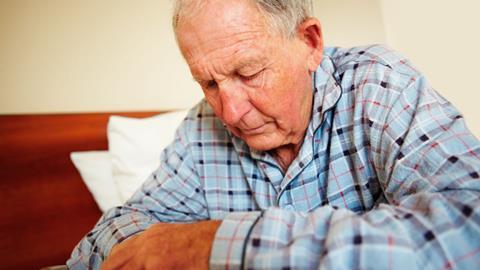 Walk into just about any hospital ward today and you will see bed after bed occupied by older patients. Most of them very elderly.

Many of these hospitals often have to operate with bed occupancy levels well above 85 per cent – as such they present a threat to patient safety. The NHS, together with every other advanced healthcare system in the world, is a victim of its own success – advances in care and treatment mean that many more of us are living longer. Most of us know this.

What is not appreciated, is that we have seen nothing yet. In the next 15 to 20 years the number of people over 85 will double. The number of older people with a set of complex conditions will grow exponentially and hospital spend on this group is set to more than double.

We may have more healthy life years but there will also be more years in which we are living with some form of chronic disease. More years with a good quality of life should be a cause of celebration, but it poses fundamental questions for all of us – politicians, patients, taxpayers as well as those who are responsible for delivering these services on which we all depend.

If we go on as we are, the ward that seemed full and busy today will simply become unworkable – it is estimated that hospital activity will have to grow by 40 per cent in the next 15 years unless we change the way we deliver health and social care. And whatever we do, we will have to pay more.

This should not come as a shock or surprise – since the NHS was born, like every other developed country, we have not only chosen to spend more on healthcare as we have got richer, but also to spend a greater proportion of that wealth on health.

Back in 1949-50 we devoted just 3.5 per cent of national income to the NHS, today we spend more than double that. And to be clear, in spite of that, we still spend considerably less than comparable economies such as France and Germany. During its first 60 years the NHS received, on average, a 4 per cent on top of inflation every year.

Since the economic crash, we have seen historically low increases which, in spite of a significant rise in productivity, has left almost every aspect of the service under huge strain. Its sister service social care has fared even worse. Of course, the NHS has actually done better than other public services, but the demands upon it have more than absorbed the small rises of recent times. So what is the answer?

We have just commissioned the most comprehensive and objective study of what the future holds, from the Institute for Fiscal Studies and the Health Foundation, led by two former Treasury officials. Their message is stark.

First, we do need to change the way we deliver care – we have over relied on hospitals and they will topple over unless we invest more in community based services that can at least reduce the rise in demand for acute care.

Secondly, to achieve this and just to get us back to the levels of service we were achieving before the crash, we will need to provide sustained investment in both health and social care. The report says just to keep the service going will take 3.3 per cent extra each year and to modernise it and get back to where we were will require 4 per cent a year.

Although no larger than was achieved across the first 60 years of the health service, these are large sums. In the past some NHS growth was achieved at the expense of other public services (we spend less now on public services as a proportion of our national output than we did in the late 1970s) but that no longer looks possible, given how far defence, housing, prisons and other vital services have been cut already.

So the only answer may be increased taxation – how much will partly depend on economic growth and of course how much as taxpayers we are willing to contribute. To the credit of the prime minister and the health secretary, the government is now committed to a longer term settlement and indeed there is now a lively discussion within the government and the Conservative Party on tax – something that would have been unthinkable just a few years ago.

Within the NHS, our members accept we need to bring services together and overcome the blockages, the inefficiencies and unwarranted variations within the current system. It is right that government and taxpayer should hold the system to account and expect a war on waste and a clear return on their investment.

But alongside this we do need a longer term commitment to health and care funding that stops these vital services lurching from one crisis to another and enables us to go back to meeting agreed national standards.