It's not just winter pressure

The pressure is on all year round for the health and social care system – all it needs is to become financially sustainable. Ray Puddifoot writes 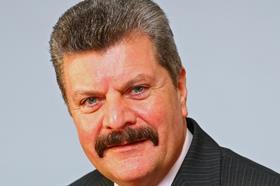 Health and social care services are often under more pressure in winter, particularly from the needs of vulnerable elderly people and young children. This time last year, in the wake of 17 UK hospitals declaring major incidents, which included one in London, the government was quick to respond by allocating £37 million to help health and social care professionals in England deal with the volume of people coming to hospitals, clinics, GPs and councils for treatment and support.

However, it is becoming harder for the health and social care system to cope at other times of the year as well. Over the past five years, the number of days that patients have been delayed in hospital in London during the summer months has increased more than three per cent compared with winter months.

Both the NHS and councils are responsible for their respective proportions of delayed transfers of care.

Pressure is growing in London because the social care sector remains underfunded, with a projected £700 million funding gap faced by boroughs by 2020, and yet there has been a steady increase in demand for health and social care. When comparing the final week in June 2015 with the same week in 2011, the number of accident and emergency admissions to the capital’s hospitals rose by over four per cent, which adds up to almost 4,000 extra admissions per week.

This increase is almost one per cent higher than the national average.

In the next two decades London will be home to 10 million people and the number of residents aged 65 and over living in the capital will grow by over 44 per cent, the largest proportional increase of any region in England and around five percentage points higher than the national average.

Cuts to local government budgets have also added to the pressure London boroughs are under by making funding social care increasingly challenging. Over the past five years, core council budgets have been reduced by almost 50 per cent and between now and the end of the decade funding will be sliced by an additional 34 per cent.

The recent, harsher than expected Spending Review gave all councils the freedom to increase their council tax rates by up to two per cent to fund adult social care. While the introduction of the precept will help, it will be nowhere near enough to deal with the funding pressures caused by increasing demand and new burdens such as the National Living Wage.

In order to manage these pressures, improve outcomes and reduce unnecessarily long stays in hospital, irrespective of the time of year, the health and social care system needs to be financially sustainable and resilient enough to respond to any fluctuations in demand quickly.

To help achieve this, the Better Care Fund has been extended to incentivise NHS and local government partners to align more closely to achieve their health and social care objectives, with an extra £1.5bn available by 2019-20.

Unless significant efficiencies are delivered, boroughs will continue to face a funding gap of at least £700 million in adult social care by 2020

In addition, the London Health and Care Collaboration Agreement signed in December 2015 has committed to further devolution and reform. Councils have for a number of years now had to learn to operate more efficiently in many areas of service delivery. It is hoped that joint NHS working will produce more service efficiencies for both organisations going forward.

These important developments will contribute to greater financial sustainability, but London Councils continue to lobby government because our analysis shows that unless significant efficiencies are delivered, boroughs will continue to face a funding gap of at least £700 million in adult social care by 2020.

The complex nature of pressures faced by councils, community care providers, hospitals, clinics and GPs in London can only be properly addressed if the overall health and social care system is financially sustainable. This would allow increases in demand to be absorbed and managed in the vast majority of instances, minimising delayed transfers of care attributable to both the NHS and boroughs, as well as reducing the number of targets missed and fines incurred.

For Londoners who turn to their local hospitals and councils for support when they are unwell, this will result in quicker assessments, less time spent waiting in hospital for referrals, and a more positive overall experience of health and social care, irrespective of the time of year.