Tomorrow’s comprehensive spending review will give NHS England a real terms increase to its budget of nearly £4bn in 2016-17, but will see further cuts to public health and an end to free nurse education, HSJ has learned. 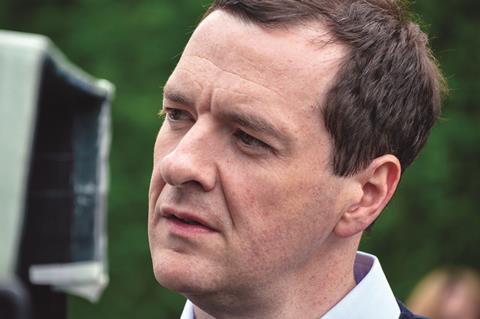 The plan to give NHS England £3.8bn of real terms growth next year marks a significant frontloading of the £8.4bn promised over the coming half decade, and an attempt to staunch the financial crisis in the health service’s provider sector.

HSJ has secured details of the spending profile over the following four years: real terms investment drops to just £500m in the third year, before rising again to £1.7bn in in 2020-21.

However, the decision to draw the NHS “ringfence” around NHS England’s budget of around £101bn – rather than around overall Department of Health expenditure, as was the case in the last parliament – means other aspects of health spending will not be similarly protected.

HSJ has learned that some of the money used to fund the NHS England increase will come from cutbacks on public health, and – as previously trailed – the current system for funding nurse education is expected to be replaced with student loans.

It is understood that the precise real terms increase NHS England has secured over the coming half decade is £8.4bn. The profile of that investment will be:

HSJ understands that the rationale for low rates of growth in the third and fourth years was to hold back some money to cover the cost of fully implementing seven-day services in the final year.

The decision to deliver nearly half of the promised growth in the first year of the spending review was driven principally by the need to address spiraling deficits in the provider sector, which is predicting a deficit of around £2.2bn in the current year.

It has not been determined what proportion of the growth will go directly into commissioner allocations, and what proportion will be held centrally as a transformation fund, in line with the principles of the NHS Five Year Forward View.

It is expected that the national NHS bodies will want quickly to begin discussions with local health economies to agree trajectories for returning to surplus, and to determine what financial support is needed to do so.

However, HSJ understands that access to this “transition and transformation funding” is likely to come with strings attached – organisations may have to demonstrate that they are investing in technology, or delivering Carter Review savings, for example.

In a statement released last night the Treasury said the NHS would receive “an additional £10bn a year above inflation by 2020, with £6bn frontloaded by the first year of the spending review”.

These figures include £2bn above inflation in NHS England’s budget for the current financial year that was allocated in last year’s autumn statement.

The statement also revealed that the department’s capital budget would be set at £4.8bn a year for each year of the spending review period. This means the real terms value of that budget will decline with inflation over the period. The statement added that the NHS would raise £2bn over the parliament by selling off surplus estates, and that this would release land for 26,000 homes.

Chancellor George Osborne said: “You can only have a strong NHS if you have a strong economy and it’s only because we have taken the difficult decisions needed to cut the deficit and are delivering economic security that we are able to commit an additional £10bn a year by 2020 to the NHS.

“We will deliver £6bn a year extra investment straight away, as those in charge of the NHS have requested. This means I am providing the health department with a half a trillion pound settlement - the biggest ever commitment to the NHS since its creation.”

He said this would mean “world class-treatment for millions more patients”, deliver a “truly seven-day health service”, and allow the NHS to implement the Five Year Forward View.

NHS England chief executive Simon Stevens added: “This settlement is a clear and highly welcome acceptance of our argument for frontloaded NHS investment. It will help stabilise current pressures on hospitals, GPs, and mental health services, and kick start the NHS Five Year Forward View’s fundamental redesign of care. In the context of constraints on overall public spending, our case for the NHS has been heard and actively supported.”

However, the decision to redraw the NHS “ringfence” to exclude budgets like public health and health education is likely to prove highly controversial.

Speaking to HSJ in September, Health Foundation chief economist Anita Charlesworth warned that the the success of the Forward View was “predicated on having an effective public health system”, and that the £22bn of savings that NHS bodies have committed to were “undeliverable without an effective training and education system to ensure we have enough staff employed on a permanent basis”.

The suggestion that seven-day services can be delivered within the £8bn settlement will also be greeted with scepticism by some in the service. Former Monitor chief executive David Bennett recently warned that the forward view’s sums were based on the assumption that there would be “no new demands on the NHS”, and that in this context seven-day services did constitute a “new ask”.