A financial turnaround project where management consultants are sent to work with NHS trusts has been shelved by NHS Improvement, HSJ has learned.

The third wave of the financial improvement programme was due to start with up to 20 trusts in early 2018 but sources involved told HSJ an “in-house” team will now work with the most troubled providers instead. 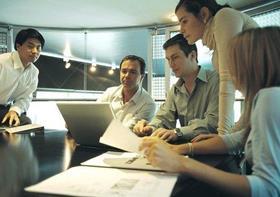 NHS Improvement has previously highlighted savings made through the programme

The programme was introduced after controls on trusts’ consultancy spending were introduced in 2015, which meant expenditure over £50,000 needed to be approved by the regulator.

It was available to all trusts including those in a relatively healthy financial position.

NHSI has previously hailed its success, saying the first wave, which had a budget of £25m, had identified £100m of savings for the trusts involved.

At a recent conference for finance staff, an NHSI director credited the second wave, which is ongoing, with identifying savings of £80m.

Trusts that would have been involved in the third wave had not been publicly announced.

The sources told HSJ that a team within NHSI, led by productivity and efficiency director Jeremy Marlow, would instead look to support providers that have fallen furthest behind their financial plans in 2017-18 with a view to improving their outturn position.

The table below shows the 20 trusts that forecast the largest deterioration against their control totals midway through the financial year.

Earlier this month, HSJ reported that NHSI was developing an internal team to succeed an improvement programme commissioned from American firm Virginia Mason.

An NHSI statement said: “Given the current pressures across the service, we have paused the next wave of the financial improvement programme and instead will be considering how we can focus our resources and support those trusts facing the greatest challenges.”

Trusts forecasting the biggest deterioration against their financial plan after Q2