National leaders have announced which health economies will receive a share of the £325m of extra capital funding that was pledged to the NHS in the spring budget.

The money will be paid to the 15 “strongest” sustainability and transformation partnerships over the next three years. 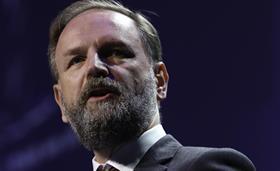 ‘When you back the NHS with investment, both patients and taxpayers see the practical benefits’

Dorset will receive one of the largest awards, with £100m to enable a reconfiguration of acute services between the two hospitals in Bournemouth and Poole.

Greater Manchester will receive up to £80m for consolidating emergency general surgery at four hospitals and building a new major trauma centre.

Final funding allocations will be dependent on business cases being successfully approved, and will depend on robust, wider estates and capital strategies that demonstrates that NHS surplus land disposals are being maximised.

When announcing the additional funding in March, chancellor Philip Hammond said further cash would be made available in the autumn budget.

Mr Stevens said: “This is the first down payment of much needed investment in modern equipment and NHS facilities, with more promised in the autumn and beyond. Today is proof positive that when you back the NHS with investment, both patients and taxpayers see the practical benefits.”

Niall Dickson, chief executive of the NHS Confederation, said: “This is a small step in the right direction. Given that the Conservatives have promised £10bn of extra capital for the NHS in England, we should expect a much more serious capital injection in the budget statement later this year.

“We also welcome this endorsement of the STPs – they will be critical in changing the way care is delivered all over England.

“The decision to rate individual STPs is a mixed blessing. While there is a case for setting a baseline to measure future progress, we are concerned that the measures at this point must be relatively crude.

“It may make sense to incentivise those who are most advanced, and set a baseline for future progress but it would be a mistake to stigmatise partnerships that are at an early stage in their development. There will be good reasons why some areas are progressing more slowly and it’s vital we give them the support they need, rather than point the finger.”