Spring statement: Tough choices ahead for the government 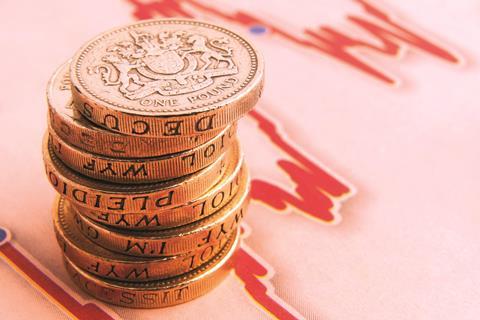 Clarke was chancellor between 1993 and 1997. In his day, there was an annual Autumn Budget which set tax and spending plans and a low key updated economic forecast in the spring. Gordon Brown changed all that with two fiscal events a year. Twenty years on, Hammond said one fiscal event a year is enough.

The Spring Statement on 13th March was a short Commons statement with little fanfare. Most importantly, there were no policy announcements to accompany the new economic forecast from the Office for Budget Responsibility. Treasury officials are almost certainly very happy.

Despite a low key announcement and less media coverage than usual, the OBR’s economic forecast has important implications for the NHS and social care.

Let’s start with some good news.

This year’s deficit is now forecast to be £45.2bn; a £5bn improvement in the public finances. The chancellor views this as a turning point and the OBR agrees that throughout this Parliament, the finances are likely to be slightly healthier. The chancellor also indicated that he “gets” that public services are hurting.

What he plans to do about public services will be much clearer in this autumn’s Budget. He has confirmed that there will be a government wide spending review in 2019. This autumn he will announce the overall spending envelope. Setting that envelope will be a decisive moment.

The chancellor signalled that he plans to share any improvement in the public finances between deficit reduction, lower taxes and better public services. But, if the economic outlook doesn’t improve considerably he hasn’t got anywhere near enough money.

An improvement of £4-5bn a year in public finances adds just 1 per cent to total departmental spending. The Institute for Fiscal Studies estimates that annual tax rises of £40bn will be needed if the government wants to keep spending constant and balance its books by 2025.

There are also short term pressures that won’t wait for a spending review. The chancellor reaffirmed his commitment to fund a pay deal for nurses and other Agenda for Change staff. Such a deal will almost certainly not be the end of public sector pay pressures, with serious recruitment and retention problems in teaching and social work. And the NHS is far from the only part of the public sector under pressure.

After years of building reserves, local authorities are now starting to draw them down quite rapidly. How many councils are facing similar underlying problems to Northamptonshire which has declared that it has run out of cash?

Many of the councils with the greatest financial challenge are Conservative controlled. This poses political risks alongside the obvious threat to services. Extra funding for local government may not wait until a formal spending review.

The chancellor and the country need higher economic growth but on this the OBR remains pessimistic. While the EU economy is growing by 2.5 per cent, the UK is posting growth of just 1.5 per cent. The world’s economic performance is currently strong but there will be a downturn as part of the normal economic cycle.

Although UK economic growth is sclerotic, the OBR doesn’t think there is room to stimulate demand – our problems are with the productive potential of the economy. Borrowing more now might add to inflation and with debt at around 85 per cent of GDP many are worried that we have no buffer for the inevitable downturn.

If the Conservatives allow the deficit to grow again, this puts their reputation for economic management at risk. The electoral risks are real but not straightforward.

Back in the 1990s, Ken Clarke cut income tax rates and the deficit, but this wasn’t enough to win the general election. In the end, the quality of public services matters to the electorate, especially the NHS.

While there are reasons to worry about debt, the public are increasingly unhappy with austerity and its effects. Ipsos MORI’s monthly opinion tracker found that concerns about the NHS are on a par with concerns about Brexit in the nation’s political worries.

It’s hard to see how Philip Hammond can commit to fund public services at a sustainable rate in the Autumn Budget without a further, substantial programme of discretionary tax increases

After Clarke, Gordon Brown increased spending on the NHS, funded in part by an extra 1p on National Insurance. This is often quoted as the most popular discretionary tax increase in history. As the IFS points out, it’s hard to see how Philip Hammond can commit to fund public services at a sustainable rate in the Autumn Budget without a further, substantial programme of discretionary tax increases.

But, and it’s a big but, the context is different and makes his job much harder. When Gordon Brown increased taxes, earnings were rising. Today, real earnings are still below their 2007 peak and are not expected to return to that level until 2025.