An NHS England inquiry into the dramatic collapse of an £800m older people’s services contract will be published in the next 6-8 weeks, its chief executive has told MPs.

Simon Stevens told the Commons public accounts committee yesterday: “[This inquiry] is a very important moment for the whole of the NHS to learn from what did not work [in Cambridgeshire]. We have said we will conduct an inquiry and we will publish the results of that.” 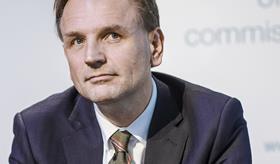 Simon Stevens said ‘everyone else will learn’ from the inquiry

NHS England would publish “within six or eight weeks… a quick, targeted, thorough piece of work that then everyone else will learn from,” he said.

It follows the announcement last month that UnitingCare Partnership, a company owned by two NHS foundation trusts, was handing back an £800m outcomes based contract to Cambridgeshire and Peterborough Clinical Commissioning Group, just eight months into a five year contract – because both parties said the arrangement was not “financially sustainable”.

Last night, health minister George Freeman told a House of Commons debate it was “a matter of extreme concern that the [contract] lasted barely six months” and ministers were “hungry to learn any lessons from that commissioning experience”.

However, he insisted “due process” was followed by “the right bodies” and the contract had collapsed because of a “dispute between the parties… about their different conceptions of the financial and contractual situation”.

Mr Freeman said: “We need commissioners around the country to look into different ways of commissioning the reforms to our integration of health and care, and lessons need to be learned when it goes wrong.

“The dispute between the parties is about their different conceptions of the financial and contractual situation. I do not want to prejudge the investigations, but the service reforms will continue.”

He added: “Due process was followed in the correct way. [MPs] can be reassured that the right bodies carried out their due diligence. I do not believe that there was any reason for ministers to be concerned at any point until the dispute between the parties became clear.”

The Commons adjournment debate was secured by Cambridge MP Daniel Zeichner, who joined Labour peer Lord Hunt in calling for the contract to be investigated by national spending watchdog the National Audit Office.

Mr Zeichner said “a genuinely independent review carried out by the NAO” was needed.