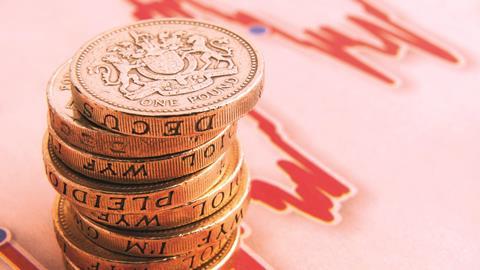 In the latest of our series on good board leaders, Greg Pitcher examines a survey of finance directors and finds achieving sustainability, safety and financial balance as major challenges

In association with Hunter Healthcare

With another two years of gruelling efficiency targets across the board, and a major turnaround in financial performance keenly needed at many acute trusts, the tension between delivering high quality care and achieving financial balance has never been greater.

Despite this, in a survey of finance directors, almost seven in 10 said achieving delivery of safe care should come first for organisation leaders.

“Long-term sustainability is the number one priority for us. I don’t know any organisations that think they can throw money at problems at the moment,” one finance director told HSJ.

“We believe trusts have about 10 per cent less money than last year, which gives them a massive challenge. Boards are going to have to start making difficult decisions. For example, we are talking about whether we increase the births-to-midwives ratio.”

As the screw tightens on budgets, one in two health service finance directors surveyed by HSJ and Hunter Healthcare said red tape damaged their job satisfaction.

Twelve out of 25 people said the regulatory burden reduced the satisfaction they achieved from their role. The same number said external pressures, which got in the way of their job, had the same effect.

A third of respondents said their workload was too high, and that this dragged down the fulfilment they received from work.

“We now have monthly meetings with Monitor yet it all feels like box ticking. It’s quite demoralising when you are doing everything you can for an organisation and having to divert time and energy to satisfy the beast of bureaucracy.”

Just one finance director rated their job satisfaction as 10 out of 10 in the report, although 16 out of the 22 people who gave a rating scored it at 7 out of 10 or higher.

More than 10 per cent of finance directors rated their job satisfaction as five out of 10 or lower.

Those surveyed said that the biggest factor in increasing job satisfaction among finance directors was the feeling of making a difference. This was cited as a positive influence by more than two-thirds of respondents.

Finding work challenging and rewarding was next on the list of positive factors in work fulfilment, followed by finding work interesting.

Every board is different, but there are good independent networks that finance directors can tap into if they need support

But just a third of respondents said good working relationships boosted their job satisfaction, and just a quarter said the same about their financial package.

A strikingly low three out of 25 said their mark was increased by feeling supported by senior colleagues, the wider NHS or the public.

Bravery to have difficult conversations was judged by finance directors to be the most important factor in doing their job.

Three in five people polled chose this skill as being in the top three factors making them good at their job.

An ability to sift through information to find the most important element was next on the list, followed by delegation skills and asking for regular progress reports.

However, when it came to recruiting their replacements, finance directors put the ability to choose the most important factor to deal with ahead of willingness to have difficult conversations.

Aspects such as paying close attention to detail and holding staff to account were seen as far less important than skills such as internal and external networking.

Being able to make decisions was listed by more than half of respondents as a key trait for their job, closely followed by personal resilience. Advanced communication skills, and the ability to listen, came in next.

Senior policy adviser for economics and regulation Paul Healy said: “NHS finances are in freefall, relative to demand,” and added that finance directors’ focus on efficiency and sustainability makes them hugely important within the service.

“It is vital that they help boards to look further beyond day-to-day challenges and to plan for the future.”

“Our growing work with the Academy of Medical Royal Colleges is revealing a great opportunity for clinicians to learn more about the cost of their services and to deploy that knowledge in new, innovative decisions about care,” he said. “This has the potential to open new avenues for coordination between finance directors and the frontline.

“Of course, the NHS has one hand tied behind its back when associated areas such as social care and public health have experienced significant cuts.

“We need regulation and national frameworks to help NHS organisations mesh better with those local health economies, creating wider opportunities for finance leaders to deploy every penny where they can do most work.”

Despite serious constraints, when asked about the most enjoyable sector they had worked in, the NHS was selected by 15 of the 19 respondents answering this question.

Almost nine in 10 people who selected the most challenging sector they had worked in chose the NHS.

Continued one finance director: “I work for the NHS because I’m passionate about free healthcare. I left for a job that was very fun but not rewarding – so I came back.”