4
Case study: The harsh reality and what should have happened to ensure the best care pathway
Frail older people

Case study: The harsh reality and what should have happened to ensure the best care pathway

Here we follow the care pathway of Mrs Andrews, which after seven weeks meant she subsequently never went home. An alternative care pathway shows how her care could have turned out very differently 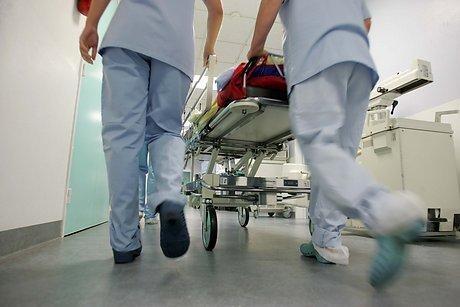 Mrs Andrews is 84-years-old. She arrives in the emergency department at 6.30pm on a Friday evening after her 85-year-old husband called the out of hours doctor, who suggested calling 999. She had fallen in the bathroom.

He had been unable to help her to her feet and he had not been sure how badly she was hurt, she had a large bruise over her right hip.

When the paramedics arrived she had not been too keen on going into hospital but they had persuaded her “to check you out and make sure there aren’t any serious injuries, but you will probably be home again in a day or two”.

The accident and emergency doctor on call had seen her at around 8 pm and arranged a hip X-Ray - no fracture was found - and some blood and urine tests - showing impaired renal function possibly due to mild dehydration and the urine dipstick showing “probably urinary tract infection”.

She was moved on to the acute medical unit next door when she was getting close to “breaching” the four-hour target.

A drip was started. Her usual six medications were prescribed - the ambulance crew had listed them.

On Saturday morning, she was seen by the on-call medical consultant for the weekend and given some painkillers and oral antibiotics. But before there had been the chance to look at her standing, transferring and walking, or gather much background information, she was moved into the first available medical bed on a cardiology and general medicine ward, and not reviewed again medically until Monday morning.

By this stage she had been on a trolley or in bed - with cotsides up as she was deemed to be at “high risk” of falls - for three nights and the nurses had inserted a urinary catheter “to protect her skin”.

She was seen that morning by the physiotherapist who got her out of bed with some prompting and the aid of a zimmer frame. She did not yet have any day clothes or shoes with her as she had been rushed in as an emergency.

The ward doctors and occupational therapists made a plan to “get some more information about her usual abilities and past medical history”.

In addition to getting the GP records, they spoke to her husband who was still relatively fit and driving. He admitted that Joan had been getting “a bit more unsteady” over the past few weeks and had suffered one other fall and a few “stumbles”.

He also said “her memory isn’t what it used to be and I have been having to help her shuffle up the stairs”. Finally, “her legs were getting swollen and she had been getting more breathless”.

The ward team discovered that her blood pressure was low when she stood up and stopped a couple of her cardiac medications.

By Wednesday - five days after admission - she was able to stand with assistance and walk short distances when the physios came to see her and a plan was made to refer her for ongoing rehabilitation in the local community hospital before going home, which meant filling out and faxing a number of forms to their “referral hub”.

Sadly there were no beds and by Monday - day 10 of her admission - the cardiology ward needed her bed and she was moved to a “winter escalation” area.

By this stage, she had become increasingly confused and agitated, and she suffered a further fall and was found on the floor by the nursing staff.

‘By day 12 of her admission, the community said she had “no rehab potential” and should be “for a care package” instead’

This resulted in a sprained wrist making it hard for her to push out of her chair or grab her frame so that she now required two nurses to transfer her from bed.

With the ward being short staffed, this led to her spending increasing time in bed with the cotsides still up “for her safety”.

By day 12 of her admission, the community hospital phoned back saying that she had “no rehab potential” and should be “for a care package” instead.

She was referred to social services with a target date of Friday - two weeks after her admission - but the package could not be put in place until the Tuesday, when she went home with a three-times-a-day care package, though still no clear diagnosis for her progressive memory impairment and falls.

The occupational therapist at the escalation area had flagged this as an issue, but the ward consultant had said that she was now a “social admission”. The hospital was on “red alert” and the “patient flow” team had made it clear that “we need the bed”.

She had not been referred to a geriatrician or old age psychiatrist during admission.

Seven weeks after discharge - following two further falls, worsening memory problems and increasing carer stress for her husband, with her legs swelling up again - she was admitted for respite to a local care home and never subsequently returned home.

Mrs Andrews had clearly been beginning to struggle with her memory and mobility, and had started to fall. There had been a good chance that she was now becoming frail and developing some cardiac failure. She had some cognitive impairment or dementia, contributing to her falls risk. Her husband had been doing his best but did not have the support or information to cope with these problems.

In a “best case scenario” the local clinical commissioning group were already employing risk stratification and a “get in early” anticipatory care approach to support frail older people before they became acute admissions to hospital.

‘Her husband could have received some education and support, and a shared care plan drawn up to support her if she fell’

Joan might have been referred to the memory clinic for further investigation of her failing memory; seen by her GP for gait, balance and falls risk, and referred to a community team that could have considered walking aids, falls alarms, equipment, adaption and strength and balance training. She could have also possibly be referred to a cardiac failure nurse or community matron, who could have monitored her symptoms and blood pressure readings and helped to coordinate her care.

Her husband would also have received some education, training and support, and there might have been a shared care plan drawn up with the ambulance trust to try and support her at home if she fell.

He could have had a personal care record that could be brought into hospital with her or be seen by the ambulance paramedics.

There could have been the option for the out of hours service to refer her to a next day rapid assessment clinic to avoid the trip to A&E.

The A&E could have employed or hosted clinical nurse specialists and occupational therapists to identify frail older people early in their stay who could benefit from specialist review or transfer to lower acuity community settings and with access to the consultant geriatrician who was on call in the acute medical unit until 9pm each evening.

They could carry out structured geriatric assessment, speak to Joan’s husband, assess her mobility and, once X-Ray and blood tests were completed, could have arranged a “discharge to assess” plan returning her either to her own home with rapid response community support of possibly to a community hospital bed for a short period of rehabilitation.

If she needed to go to the acute medical unit overnight, this could still have happened the next day.

The accepting community team would then coordinate follow-up with community and primary care staff and with social services.

She could have been admitted directly to a specialist short stay ward for older people, bypassing repeated ward moves or spells as an “outlier”.

This ward would be led by a geriatrician working with a ward-based multidisciplinary team and with nurses skilled in the assessment and care of frail older people, with a clear focus on rapid turnaround and discharge planning.

Following 24 hours of intravenous fluids and antibiotics, with all staff on the unit encouraging her to get out of bed and ensure she was in her day clothes, she could have been discharged back home to a rapid response community rehabilitation team or virtual ward that could then determine her ongoing care and support needs.

Catheterisation and the use of cotsides would have been seen as a last resort and thus avoided.

Seven-day service provision would ensure that she was seen daily by a consultant geriatrician during her stay and had access to rehabilitation throughout the weekend. The nursing staff would be as committed to helping her regain her independence as the therapists.

She would be discharged according to a “target discharge date” set out the moment it had been decided she no longer needed an acute hospital bed.

Her GP would be informed in advance that she was coming home. Her husband would be fully involved in her discharge planning - helped by the scrapping of formal visiting times on the acute assessment ward for older people and a culture of always involving family caregivers.

She would be referred to the cardiac failure nurse who would see her within days of discharge, and to the re-ablement team to improve her gait and balance and reduce her falls risk, and also to assess her ongoing social care needs.

She would be referred to the memory clinic to establish the underlying cause of her cognitive impairment and instigate any medical treatment for her and support and education for her husband.

The community team would establish a clear plan for attempting to keep her at home in the event of further falls. If a period of respite really was required, it would only be with a clear view to returning her back to her own home with appropriate supports in place.

Permanent placement in long term care would be seen as a last resort and under locally agreed protocols, only after further specialist-led comprehensive assessment of need.