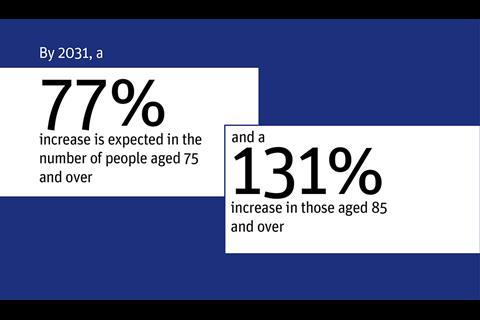 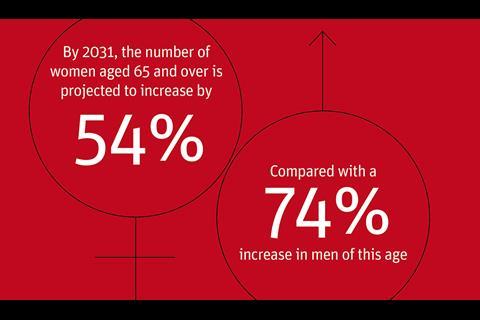 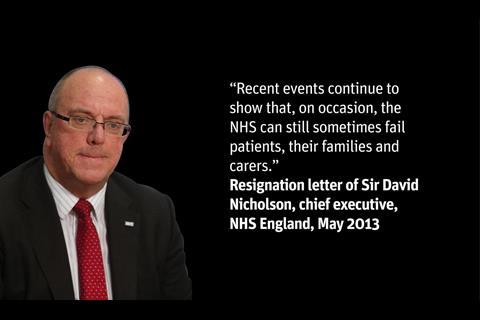 HSJ and partner Serco invite you to join a new commission that will shape the debate around the future of hospital care for frail elderly patients.

The most pressing issue facing the NHS hospital sector is the care of frail older people, many of whom have multiple long-term co-morbidities including dementia. The NHS is to some extent a victim of its own success in keeping frail elderly patients alive and healthy, while ongoing social and demographic trends in the developed world are exacerbating the challenges.

The issue is widely recognised. However, most proposed solutions are linked to service redesign that moves care for frail co-morbid elderly patients out of hospitals, providing alternatives in people’s homes or local communities. Past experience, and the lack of new money for double-running the new system with our current one, strongly suggests such service redesign solutions will take some years to deliver significant change.

That is why HSJ and partner Serco are launching the Commission on Hospital Care for Frail Older People, chaired by Dame Julie Moore. It will be relentlessly practical in its focus on what needs to happen in the short term, while forging strategies for the medium and long term.

The commission will meet to hear and discuss witness evidence over two days in late 2013. It will then publish a scoping report in early 2014, with prominent coverage in HSJ.

Following a series of half-day evidence sessions in 2014, the main report will be produced in September 2014 and officially launched at the 2014 Foundation Trust Network annual conference, with further coverage in HSJ.

An update to the main report will be produced in March 2015 to track progress and inform health policy debates in the run-up to the May 2015 general election.

How you can submit evidence

Readers of HSJ are at the forefront of addressing the challenges in this vital area of health and social care. We are keen to hear your views on the following:

We ask you to submit evidence up to a maximum of 1,800 words as a broadly compatible document attached to an email to HSJCommission@emap.com. Please note that by submitting evidence, you grant HSJ and the commission unreserved permission to use, share and reproduce the text submitted.

The commission presents an opportunity to inform the design of public policy in an area with major implications for the financial and overall sustainability of the NHS.

‘For at least the next five years, NHS hospitals will face an increase in the number and proportion of older, sicker patients’

The current situation was well summarised in a March 2013 HSJ interview with president-elect of the British Geriatrics Society, Professor David Oliver, who has just stepped down as the Department of Health’s national clinical director for older people.

He said: “It is absolute ‘La-la-land’ to think we’re going to be in a situation any time soon where older people don’t still keep piling through the doors of general hospitals. The lived reality on the ground is that hospitals are daily on black alert, opening any flat surface they can to put beds in, turning ambulances away. I’m not saying it’s the wrong thing to try and [reduce admissions] but we have to translate that aspiration to reality and there’s not a load of convincing evidence yet of anywhere where focusing on prevention has actually led to reducing overall costs in the health and social care economy.”

The challenge for hospitals

Professor Oliver’s striking views speak an evident truth: policy experts suggest that for at least the next five years, NHS hospitals will face an increase in the number and proportion of older, sicker patients (see the reading list below for references and sources). These patients will arrive in many hospitals still running along service and staffing models that have changed little over the last decade.

This increase comes as national cost pressures exerted through tariff reductions combine with the actions of local commissioners keen to drive service change. Not all will be content to wait until alternative services are in place before driving disinvestment.

There will be an understandable tendency for many in positions of influence to shy away from this problem. All potential solutions are either very costly or long term.

However, hospitals do not have the luxury of either time or spare money. They must address this problem head-on and seek practical solutions that make a difference in the short-to-medium term. Failure to do so runs the significant risk of care quality and dignity scandals – and ballooning waiting lists.

We need to throw a spotlight on the level of care offered to older people who are hospitalised; to track changes in the quality of that care; to sounds warnings where appropriate and necessary; and to propose practical solutions, however uncomfortable.

The commission will monitor care of the frail elderly in NHS hospitals between autumn 2013 and spring 2015. Its purpose will be to:

How the commission will work

The commission will report three times. It will launch its initial scoping report in early 2014, followed by a main report in October 2014. This will then be updated in March 2015 (prior to the general election).

HSJ will provide the secretariat for the commission, led by HSJ Comment editor Andy Cowper, who will write the reports. The secretariat will have three main roles:

How the commission’s work will be promoted

The work of the commission will feature on a dedicated section of hsj.co.uk, where all reports will be published in full. It will also receive extensive coverage in HSJ. Short video interviews may be recorded, to be displayed alongside each report. HSJ will also webcast a 45-minute webinar discussing the contents of each report.

Printed copies of the reports will be sent to the prime minister, deputy PM, health secretary, leader of the opposition and opposition health spokesman, as well as chief executives of the commissioning board NHS England, the Care Quality Commission, Monitor and other leading stakeholder bodies and system leaders.

Digital copies will be sent to every relevant hospital trust chief executive.

Make a difference now by submitting your views to HSJCommission@emap.com.