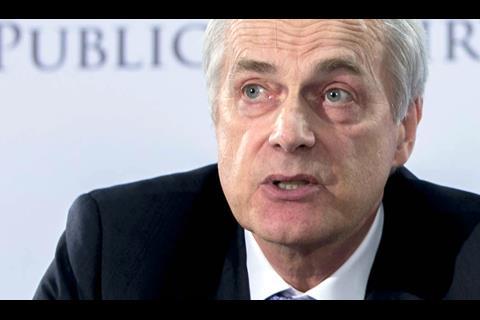 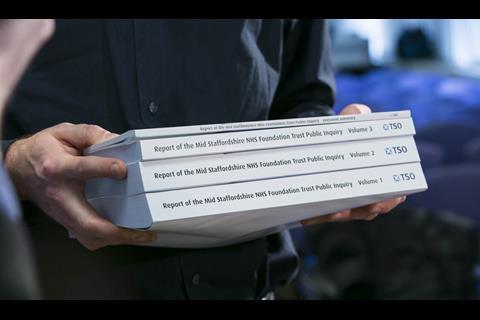 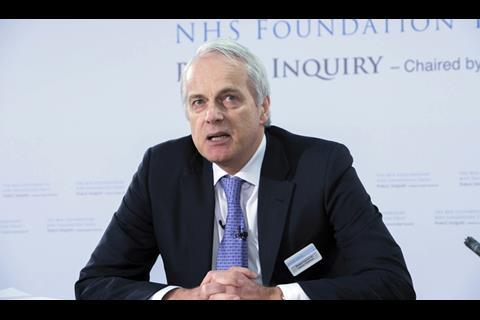 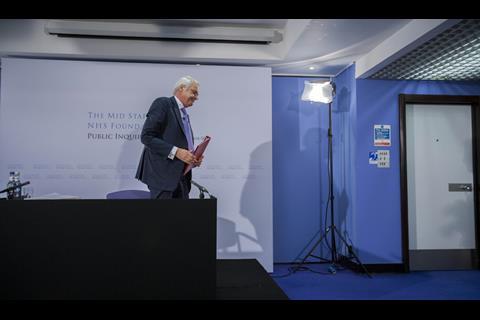 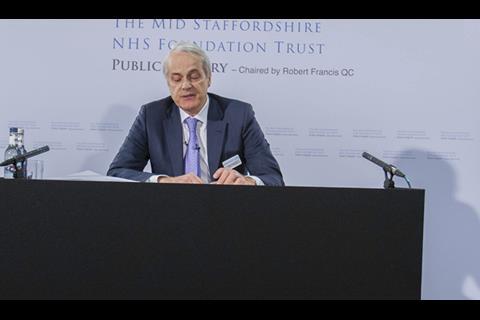 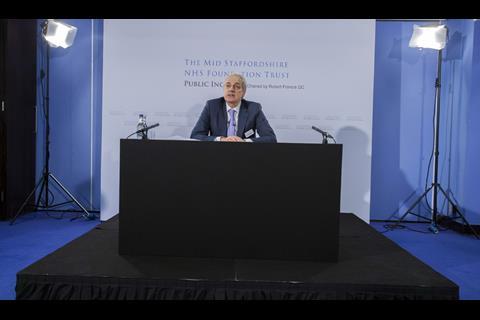 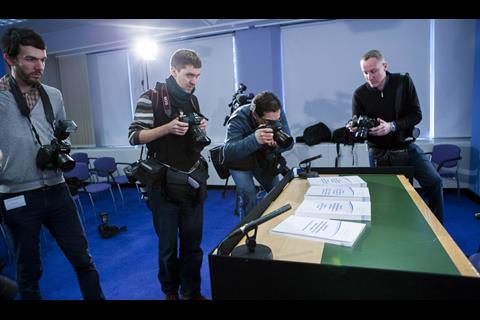 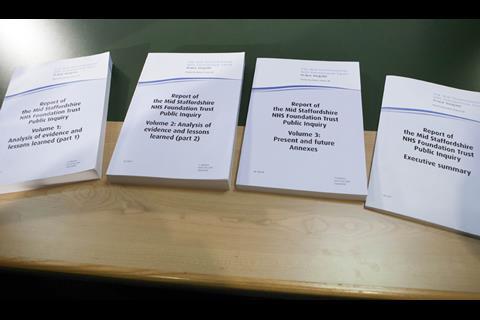 An institutional culture which put the “business of the system ahead of patients” is to blame for the failings surrounding Mid Staffordshire Foundation Trust, Robert Francis QC has said.

Announcing the publication of his three volume report into the Mid Staffordshire Foundation Trust public inquiry, Mr Francis described what happened as a “total system failure”.

He said the NHS culture during the 2005-2009 period considered by the inquiry as one that “too often didn’t consider properly the impact on patients of decisions”.

However, he said the problems could not “be cured by finding scapegoats or [through] reorganisation” of the NHS but by a “real change in culture”.

During the 20-minute statement he criticised NHS West Midlands and its predecessors for defending trusts rather than protecting patients and the Department of Health for being remote from the “reality of the service at the front line”.

He also highlighted some of his 290 recommendations, including for a single quality and finance regulator, a fit and proper purpose test for directors of NHS providers and regulation of healthcare assistants.

He said: “The time has come in for healthcare support workers to be regulated by a registration scheme enabling those who should not be entrusted with the care of patients to be prevented from being employed to do so.”

Concluding his remarks he said: “The government and Department of Health have important roles to play… but this does not mean everyone else in the system can sit by and wait to be told what to do.

“Everyone needs to reflect on what needs to be done differently.”