Following three decades of healthcare management change in the wake of the milestone Griffiths report, it is time to reflect on past reforms and future leadership challenges 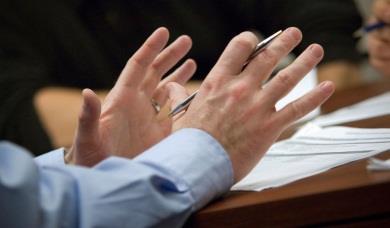 Before the Griffiths’ report, some NHS staff felt there was a lack of clarity about authority and responsibility

Thirty years ago, when Roy Griffiths published his seminal report on leadership in the NHS, Mike Cooke was a new recruit to the health service. Now the chief executive of Nottinghamshire Healthcare Trust, he still recalls his reaction: “I remember thinking ‘it’d be good to know who’s in charge’,” he says with a laugh.

It is a powerful recollection that speaks to the most frequently quoted contention of the businessman’s report: that if Florence Nightingale was carrying her lamp through the corridors of the NHS, she would be searching for the people in charge.

“It was clear that the NHS was in dire need of being managed and that there needed to be clarity about authority and responsibility,” suggests Miles Scott, chief executive at St George’s Healthcare Trust.

There is little doubt that the report gave this clarity. It ushered in the end of consensus management, by which multiple parties had to agree to all decisions, and the introduction of general managers across all levels of the health service. No longer did the NHS have administrators; it had managers charged with leading their organisations.

According to Dame Gill Morgan the impact of this change cannot be underestimated. “Following Griffiths, there was a requirement that organisations started to think about what was best rather than what was the position you could get through the collective leadership team,” argues the chair of the Foundation Trust Network, who is a member of the HSJ Future of NHS Leadership inquiry panel.

“The impact of having one person in charge – although the best leaders don’t manage in autocratic ways, they manage in a collective style – was the ability at the end of the day for somebody to make a decision.

“Up until the Griffiths report, I was aware of organisations in the area I worked in which had a complete inability to make decisions on difficult trade-offs, and afterwards, actually, you could unlock it. I think that was a big improvement, and I think it is still there.”

In all this lies Griffiths’ reputation as the father of modern NHS leadership. Yet it is a complicated legacy, one that could also be seen to incorporate performance management, a focus on finances over care and the increasing politicisation of the NHS.

Here, matters become murkier. Once the issue of general management is set aside, to read the Griffiths report now is to see issues that are controversial to this day.

Performance management is a good example. It is a topic on which Griffiths is clear. In multiple contexts, the report argues that the health service must “be held to proper account for performance and achievement”.

‘The nearer that the management process gets to the patient, the more important it becomes for the doctors to be looked upon as the natural managers’

At the time this was helpful, argues Stephen Bridge. “In those days, it was a much less regulated environment, and I wanted to prove I could deliver,” remembers the chief executive of Papworth Hospital Foundation Trust.

“Post-Griffiths, I suppose I felt there was more trust in us to deliver the outcome – and we trust you to do it professionally and ethically. For me, that was something where Griffiths really sent out a message.”

The implementation of this message by successive governments could be argued to have led to something distinctly unhelpful, however. In the mid 1990s, Stuart Bell was seconded to the Department of Health as head of NHS performance and recalls witnessing a significant change.

“I think the nature of performance management has changed dramatically over the years,” says the current chief executive of Oxford Health Foundation Trust.

“I think it was a much more benign thing until the late 1990s. When I was head of performance, when Stephen Dorrell was secretary of state, it wasn’t how it became later on. It was a more managerial approach to performance management rather than one which has become what I think is essentially a political approach.”

Ironically, it is highly unlikely that Griffiths would have welcomed this politicisation. In advocating a clearer separation between the NHS and the then Department of Health and Social Security – and the creation of a central NHS management board – his aim was in part to protect the health service from political interference.

The deviation from Griffiths’ intentions is also visible when it comes to clinical leadership. As part of our public call for evidence for HSJ’s Future of NHS Leadership inquiry, we are asking what Griffiths got wrong. The consistent response so far: his report distanced clinicians from the leadership of the health service.

“It placed general management above clinical leadership and discouraged clinicians from engaging in senior executive positions,” Maggie Ioannou, non-executive director at Sussex Community Trust and former nurse, told us. “It set up the divide between clinicians and managers.”

‘The NHS has such a strong culture, and a range of subcultures, and I think Griffiths probably underestimated that’

David Oliver, visiting professor of medicine for older people at City University London, made a similar point: “It very seriously undervalued clinical leadership of clinicians by clinicians, which has consistently been shown to deliver quality improvement in services.”

Read the report, however, and it is clear that this was far from Griffiths’ intention. He said that: “The nearer that the management process gets to the patient, the more important it becomes for the doctors to be looked upon as the natural managers.” He argued that this must be more explicitly recognised in the training of doctors.

Yet Dr Sam Everington, chair of Tower Hamlets CCG and a member of the HSJ Future of NHS Leadership inquiry, says that today “there is a serious issue about the training of medical students, first of all in leadership and management”.

Samantha Jones, a former nurse who is now chief executive of West Hertfordshire Hospitals Trust, agrees and suggests it explains a continuing lack of clinicians in executive posts. “The very simple, basic fact is that you wouldn’t put me in an operating theatre and expect me to operate,” she points out. “So why on earth do we expect clinicians to go and be a leader or manager without training?”

Griffiths argued that the general manager posts created by his report should be filled by “the best person for the job, regardless of discipline”. But the reality is that that person was typically considered to be an existing administrator, who ultimately filled around two thirds of the roles. A lack of diversity in NHS leadership, of course, remains an issue to this day.

Twelve per cent of those general manager roles did go to an unconventional group: individuals from the private sector. This was something Griffiths had encouraged, but which did not help counter an impression that he and his business colleagues looked down on public sector leadership, and that they simply did not understand it.

“The NHS has such a strong culture, and a range of subcultures, and I think Griffiths probably underestimated that,” reflects Mr Cooke. “I worked with two general managers who had come in from the private sector, one from Unilever and one from Metal Box, and they both left after about a year and a half because they couldn’t cope with the clinicians, particularly medics, not doing what they said they would.

“They didn’t understand the difference between positional power, which Griffiths was very strong on, and personal influence.

“General management on its own – as caricatured on most hospital soaps as the guy with the clipboard who hums and haws and dithers and growls at people – is [not what we need]. NHS leaders need emotional intelligence because of the patient care environment.”

When Paul Mears joined the NHS from the private sector 11 years ago, he says it was important to take the time “to learn and understand the business of the NHS”. But the head of Yeovil District Hospital Foundation Trust argues it is less important which sector NHS leaders originally came from, and more important which skills they bring with them.

“I work with some really fantastic clinicians who are just as innovative and creative in their thinking about solutions as I am with my private sector experience,” he reports. “But it’s about bringing all those experiences together. I really do think that having a team of people with a diverse set of skills and experiences and expertise is hugely powerful.”

Mr Bell agrees: “My own view is that leadership in the NHS needs to be a joint enterprise between clinicians and managers and – given my own experience, which has tended to be in major teaching centres – academics. And they need to work together as peers.

“That may seem to be going back to the sort of consensus model that Griffiths rescued us from, but I think that as long as you’re clear about who ultimately is in charge and how you resolve issues, actually, what you need is a way of bringing those different perspectives together.”

What that might entail will surely be intensely debated by the panel of the HSJ Future of NHS Leadership inquiry, alongside other aspects of the Griffiths report’s complex legacy.

The HSJ Future of NHS Leadership inquiry is exploring the legacy of the Griffiths report, the current state of healthcare leadership, and what leadership will be needed for the future.

It is led by Sir Robert Naylor, who is joined on the inquiry panel by Stephen Dorrell, Dr Sam Everington, Richard Lewis, Dame Gill Morgan and Dr Emma Stanton.

In the coming months, members will be meeting to hear evidence from a range of healthcare figures, as well as considering views collected through our public call for evidence.