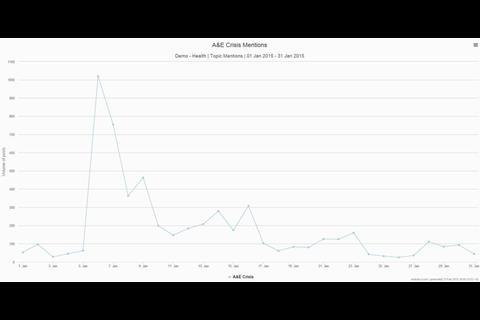 Throughout the month of January there were a total of 30,067 mentions of the A&E crisis across digital and social media channels. Mentions of the A&E crisis spiked on 6 and 7 January, with 6,374 posts generated on 7th. Although the conversation dropped off after 8 January, there was still sustained attention throughout the whole of January, with a spike in commentary on the 14th. 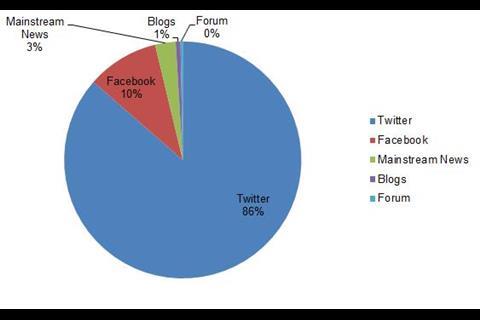 We can see that the majority of conversations were happening across Twitter, with an 86 per cent share of the entire debate. Facebook was contributing a further 10 per cent, with mainstream news, blogs and forums only contributing a combined total of 4 per cent. 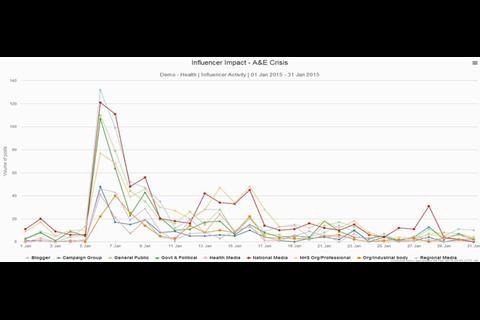 Throughout January the most vocal group of influencers were the national media with a total of 754 mentions. Activity for all influencer groups peaked on the 6th with the exception of the organisation and industry bodies category which peaked on the 7th, indicating they were not responsible for initially driving the debate. The national media and bloggers were the two most vocal influencer groups driving the A&E crisis debate on the 6th. 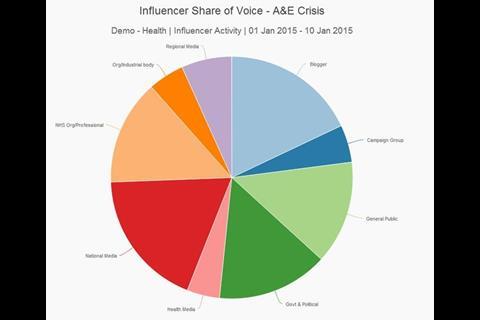 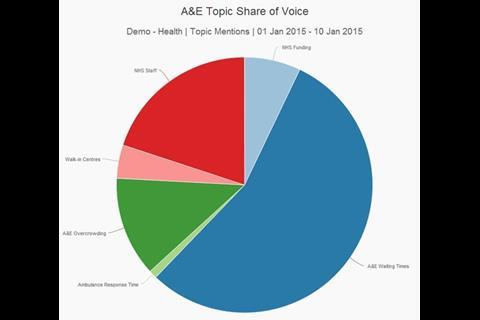 The most referenced topic in conjunction with the A&E Crisis between the 1-10 January was A&E waiting times which received a total of 536 mentions. 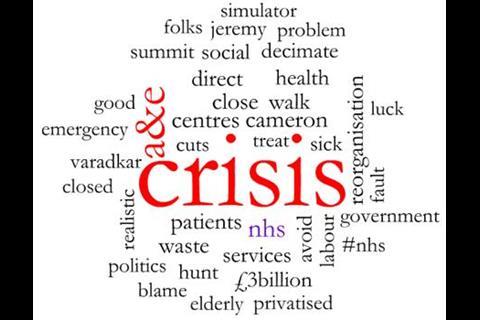 Through the word cloud we can see the reoccurring topics such as the elderly, Cameron, politics and reorganisation, which frequently appeared within the same context as A&E 'crisis'.

Social media can have a significant impact on debate around the NHS. We investigated online discussion around the hot topic of accident and emergency performance to reveal the top influencers, when debate kicked off and why.

The A&E issues at the start of January and the ensuing news headlines and media airtime gave us the perfect case study. We looked at:

For example, online debate began to spike by 6 January, which was before the national newspaper front pages led with A&E stories on 7 January, perhaps suggesting that something other than the news headlines has inspired the conversation.