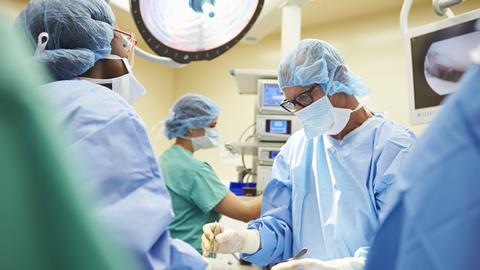 Cancer strategy: How to make the vision a reality

As NHS England looks ahead to a new long term cancer strategy, a survey by HSJ and Macmillan Cancer Support asked HSJ readers how confident they felt about their ability to achieve the new direction. Report by Alison Moore

One in two of us will develop cancer at some point in our lives. Some will be treated successfully and will be able to resume our “normal” lives, others will live with cancer long term, and some will die from the disease.

Meeting the needs of all of these groups of patients will be a challenge for the NHS in the next decades: there will be more people diagnosed and requiring initial treatment, and this, combined with hoped-for increases in survival rates, means a greater number of patients will need support and care for a longer time.

All of this has been known for some time but how the NHS will improve services to deliver the necessary care is only just beginning to become clear. In July last year the independent cancer taskforce produced Achieving World-Class Cancer Outcomes: a strategy for England 2015-20, which looked at how the vision set out in the Five Year Forward View could be delivered.

Its proposals included overhauling commissioning processes and rapidly transforming support to people living with and beyond cancer, along with better prevention and earlier diagnosis.

The report – which was widely welcomed – was commissioned by NHS England and, in May this year, it outlined how it would take this work forward.

A survey conducted by HSJ, together with Macmillan Cancer Support, reveals that HSJ readers – mainly senior clinical commissioning group and trust managers with responsibilities for cancer – have concerns about their ability to deliver rapid improvements in the face of workforce and funding challenges.

Only 14 per cent thought the NHS would invest in modern cancer services over the next 12 months and only 25 per cent thought commissioning, accountability and prevention would be transformed within that time. The areas where the respondents were most confident of rapid change were around living with, and beyond, cancer and early diagnosis.

Fran Woodard, executive director of policy and impact at Macmillan, says areas where there is less confidence of rapid change tend to be ones requiring a lot of investment or big changes  – for example, the cancer taskforce has highlighted the need to invest in new radiotherapy machines. Another area which will require investment is molecular diagnostics. This illustrates the need for ringfenced funding to deliver the cancer strategy.

Many respondents – 39 per cent – felt existing cancer care services in their area already provided a good service, from prevention and early diagnosis through to support to living well beyond cancer. However, nearly a quarter felt there was not sufficient focus on prevention or support after treatment. Another quarter felt that, while services were good, they were increasingly aware of pressure around funding and staffing.

“It is good news that we have 39 per cent of NHS leaders who feel they are – or were – providing a good service,” says Ms Woodard. “But the contrast in how people feel about the future is quite clear.”

A number mentioned a lack of consistency in care currently – “We provide some good and some excellent care and treatments but this is too variable,” said one while another said good initiatives for those living with and beyond cancer needed to be systemised.

Almost all of the respondents had heard of the five year cancer strategy and implementation plan although around a sixth said they had not yet had any impact where they worked.

In terms of priorities for the next 12 months, there is a very mixed picture, with some people expecting improvements against waiting time targets to be a high priority and others disagreeing. While early diagnosis was seen by many as a priority, there was less agreement on other areas such as screening, modernising treatment and improving patient experience.

Ms Woodard points out the importance of helping people get back to the best possible life after they have had cancer – and that may require different skills from the workforce.

“The story of cancer is changing,” she says. “It is no longer a death sentence or a perfect cure. There is a huge number of people who need help in their recovery. Everyone gets very focused on cancer drugs and diagnosis but there is a hidden cost in the years ahead after cancer treatment. We are starting to have more people thinking about how to live with and beyond cancer.”

This group may need support for a longer period of time – but a crucial part of it may be around encouraging and enabling self-care, and helping patients understand what they can do to get back to the best possible life after cancer.

Among barriers to improving cancer services, funding and workforce constraints were seen as the two biggest issues – followed by cross system working

Ms Woodard points out workforce issues need to be addressed over a number of different timespans. The diagnostics workforce needs to be strengthened – and many respondents highlighted the impact diagnostic capacity has on services – but this may be a shorter term issue than some of the other workforce challenges.

Among barriers to improving cancer services, funding and workforce constraints were seen as the two biggest issues – followed by cross system working.

“We’re been through a period of losing so much of the cancer infrastructure that I feel the new strategy is putting that back again,” one person wrote. “Organisations are trying to work together so we’re consistent. People are trying their best even though the infrastructure has disappeared.”

Ms Woodard agrees that the last few years have seen disruption to a lot of the cancer infrastructure that existed before with the loss of cancer networks. “We have seen a real fragmentation,” she says. “Patients with cancer don’t just experience one organisation during their care and recovery. They will come into contact with many.”

The survey found limited support for the idea of cancer care funding moving from a tariff based payment system to population-based one channelled through networks and lead providers.

The idea has been put forward by NHS England chief executive Simon Stevens and the cancer vanguard is looking at how population-based funding could work. While under a quarter of respondents felt it would help improve cancer care, over half felt it might do so and 9 per cent were opposed.

Instead respondents highlighted the need for socioeconomic information and deprivation scores to be taken into account when allocating the money. However, what seemed to concern them most was whether their area was ready for a lead provider system.

Centralisation in this area would lead to some trusts being neglected by the lead provider, wrote one. Others were concerned that the total received under any population based system might not be adequate to provide the breadth of cancer based services, especially when interdependent services – not necessarily categorised as cancer service provision – were included.

One of the drivers for change in cancer services across England in the next few years is likely to be the 44 sustainability and transformation plans, currently being drawn up. STPs aim to devise plans for services on a wider basis than a single trust – and, with local authority input, may reflect the important role other public services can play in supporting people with cancer.

Two thirds of respondents said their area’s STPs included a section on the implementation of this report. However, a sixth said it didn’t.

In addition, NHS England has committed to setting up cancer alliances, bringing together key partners to support improvement and integrate care pathways.

But what would our respondents like such alliances to provide? Again the need to facilitate cross-system working was prominent, with more than 50 per cent asking for this. Respondents also felt they would like specific expertise, such as service redesign and transformation, and cancer expertise as well as leadership.

Some pointed out that many suggestions were effectively reinventing the wheel – “all was in place pre-2012 when cancer networks were still in place,” said one while another wrote “since the abolition of cancer networks we have lost approximately three years of moving services forward”.

Ms Woodard says it is important that cancer alliances and the delivery of the cancer strategy are integrated with STPs.

“For STPs to make a difference to people’s health, having cancer as a priority is really important,” she says.

In all of these plans, she says it is people’s experience of care and support that needs to be given equal weighting to outcomes: there is a link between their experience of having cancer diagnosed and treated, and their ability to self-care and to move forward after cancer treatment.

“Investing in the capacity to run big improvement programmes is essential. That’s why we see cancer alliances as being so vital. Whether it’s redesigning diagnostic pathways or improving follow-up care, everything else grinds to a halt without it.”