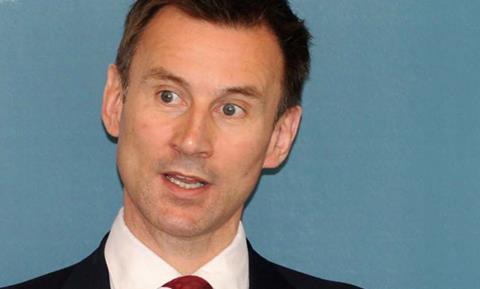 7.01pm Sir David Nicholson used his NHS Confederation speech to launch a sustained attack on the political debate around the NHS. Here’s the story.

4.52pm Sir David is talking about his experience as a whistleblower at the start of his career. As a junior adminstrator at an NHS mental health hospital he was invited to a ward breakfast but realised when he attended that staff were eating food meant for the patients. He raised the concern with his mangers and was moved to work at another hospital.

Nicholson. You can’t just announce a change of culture and expect it to happen. Complex #nhsconfed13

Nicholson tells #nhsconfed13: if u want to change culture, it’s difficult. There are lots of competing cultures [in the NHS].

4.50pm Sir David: How can we take control and free ourselves from vagaries of changes in the political system?

4.45pm NHS staff should be proud, never before has the health service managed on flat cash, Sir David tells delegates.

4.43pm In defence of GPs, Sir David says the attack on them is unfair, especially when so many have stuck their heads above the parapet to form clinical commissioning groups.

#nhsconfed13 #nicholson scrutiny on the NHS so high - spin the wheel and choose who to attack, incensed about coverage over general practice

“I’ve been under enormous scrutiny as you will realise if you read the Daily Mail”, says Comrade Sir David. Pointed laughter. #nhsconfed13

4.36pm Nicholson says there are three reasons he has decided to retire now: I’ve been doing it for ten years and there’s a limited amount of time you can be at the top of your game for; the NHS needs someone who can stay for between five and seven years and I don’t see myself as a Margaret Thatcher figure going on; and thirdly I had become the story. That’s why I decided to retire “with great sadness”.

4.35pm Nicholson says the timing of the announcement of his retirement was driven by the conference. “If I had any doubt in my mind I wasn’t going to see this through I wouldn’t be able to give an authentic speech so I decided I would make this announcement before.”

4.34pm Sir David begins speaking: “I feel I’ve got a lot to say and a lot of things I want to do over the next period. I’m not feeling in retirement mood.”

4.30pm Delegates are pouring in to the main hall to hear David Nicholson speak. Due to start any minute.

4.20pm: The NHS 111 service in Leicester, Leicestershire and Rutland will launch in autumn 2013 it has been announced. The three CCGs initially said the service would launch in June.

This was delayed to ensure patient safety was paramount after concerns nationally over the rollout of the scheme.

4.05pm: A series of comments from David Bennett’s appearance at the NHS Confederation Conference in Liverpool:

“If commissioners are doing what is best for patients then there shouldn’t be a problem.”

“We need a relationship with foundation trusts where they do not feel uncomfortable telling us if they have a problem.”

3.50pm: Former Monitor executive chair Bill Moyes has been appointed as chair of the General Dental Council, following approval by the Privy Council.

Bill Moyes is the first appointed chair of the GDC. He will take up office on 1 October 2013 and will lead a newly constituted council, reduced in size from 24 to 12.

Bill Moyes said: “I very much look forward to working with GDC staff and a new Council to help deliver sound   and effective regulation of dentistry for the protection of patients.”

Over the next two months Mr Moyes will be involved in selecting the GDC’s 11 other council members. Those appointed will be announced in July 2013 and the new council will start its term of office on 1 October 2013.

2.02pm: Monitor chief executive David Bennett has said the scrapping of the purchaser/provider split envisaged by Sir David Nicholson may not be in NHS England’s power. Sir David, the outgoing chief executive of NHS England, used an HSJ interview published today to say his organisation was already “thinking about the possibility of mutual [organisations and] social enterprises, and also about whether the straightforward commissioner-provider split is the right thing for all communities”.

12.51pm: Amanda Doyle - We need to prioritise what we want it to deliver

12.39pm: Amanda Doyle - What we have to do is stop being distracted by talking about out of hours and transform it to deliver, we need to look at what we want it to not do

12.38pm: Amanda Doyle, accountable officer at Blackpool Clinical Commissioning Group - If you wouldn’t commission a service for your family or yourself then don’t commission it for patients.

Former West Mids SHA ceo @hee_ian says #MidStaffs was “one of the biggest wake up moments in my career.” #nhsconfed13

12.24pm: Peter Lees, founding director of Faculty of Medical Leadership and Management, says we have a leadership problem of an unprecedented level.

“To me leadership is about people, mamagement is about tasks”

11.01am A key architect of the health and wellbeing board model has expressed concern at possible Labour proposals to make the boards the NHS’s main commissioning bodies

10.22am The Secretary of State was in combative mood when pressed over the 2004 GP contract, saying “I do think there some fundamental mistakes in the GP contract. We broke the personal relationship [between doctor and patient].”

He objected to the phrase “picking a fight with GPs” from Montague saying, “What do you want me to do?Do you want me to not pick a fight? When every A&E I visit says they are under pressure because of the lack of [other facilities in the community] It is my job to argue for change.”

He added: “GPs work very hard but we have structures that don’t get the best out of them, we have made it very difficult for them to take a holistic view of the people on their lists. Do we need to address that? Yes we must.”

10.12am All health secretaries have to be careful how they word things on reconfiguration.

Asked by Sarah Montague about the “20 hospital closures” line from the Academy of Royal Medical Colleges, NHS Confederation and National Voices yesterday the Secretary of State said: “We do need to invest and we do need to change but if we say ‘we need to close 20 hospitals’ we will lose the support of the public.

“The reason we are so spectacularly unsuccessful in persuading them to downgrade is because they don’t have confidence in anything in-between [GPs and hospitals]. We have to be better at arguing for service change. Politicians have failed and the NHS has failed [at this].

He appeared to admit that the “bare knuckle fight” Cameron promised the then Labour government when plans to close some district general hospitals were revealed was politicking, telling the conference “I hold my hand up that my own party has been guilty of this in the past”.

He says that while the Opposition say they will support reconfigurations if they are clinically justified “in practice Andy Burnham has opposed every reconfiguration that has been put on the table.”

He adds: “I led a campaign to save A&E at the Royal Surrey. I think the argument has moved on a lot from those days.”

10.11am ‏@RNeil_Davies tweets: “Conciliatory speech @Jeremy_Hunt @ #nhsconfed13, promising focus on older pts. But no sense of urgency and scale of LongTerm challenge.”

10.00am Mr Hunt’s speech suggests he has bought the the Royal College of General Practitioners compromise on having a named clinician responsible for what the service refers to as “frequent flyers”.

He told the conference “For the most vulnerable older people, who is the accountable clinician when they are outside hospital? For me as a member of the public I would like that to be my GP. We need to rediscover the concept of the family doctor.”

09.46am Under questioning from Ms Montague he responds: ““I have not picked a fight with GPs. I have [picked a fight] with the structures.”

09.45am Mr Hunt replies: “I don’t there is a problem with the quality of GPs but we have structures that do not get the best out of them. The contracts and the payments they have all contribute to this.

09.44am HSJ comment editor Andy Cowper asks if there is a problem of primary care?

09.41am @yrhumbleservanttweets: “#NHSConfed2013Jeremy Hunt spent most of the time talking about hospitals…. doesn’t sound like a fresh approach.”

09.41am @BenClovertweets ”#NHSConfed2013JH: We have failed to give the public confidence that there is anything between the GP and A&E.”

09.39am Onto health and wellbeing boards: “The HWBs have an incredibly important role in…bringing together services for older vulnerable people,” Mr Hunt says.

09.35am I think politicians and the NHS has failed to make the case [about service reconfiguration] to the public, he says under questioning from BBC4’s Sarah Montague,

09.33am He says “the case for change is very clear” in terms of hospital reorganisations.

09.30am Speech over. Onto questions

09.30am If we aim to be the best we really can be the best and I want nothing less for our NHS. Thank you very much.

09.27am Hunt says he does not believe “the NHS is on the brink or facing an existential crisis” as is often portrayed in the media

09.26am With a new inspection regime we will have less bureaucracy

09.23am We need a totally different attitude and culture towards safety.

09.22am We still had 299 never events last year. Once a week we are operating on the wrong part of people’s bodies. That is totally unacceptable.

9.22am He has now moved onto Mid Staffs

He says lack of access to GP records is making people’s jobs “much, much harder”.

A&E is the barometer for the whole health system. We have put in place short term measures - the urgent care boards – but we also have to recognise this is not just about the four hour targets.

Hunt says he will talk about two things this morning: the pressures in A&E and the Francis report.

Hunt tells the conference: “I am new to the health world. I am humbled by those who have dedicated their life to the NHS.”

9.08am Hunt begins his address.

9.01am HSJ’s exclusive interview with Sir David Nicholson is already generating substantial debate among delegates.
BBC health correspondent ‏@branwenjeffreystweets  Speech by David Nicholson @NHSC_conference should be interesting - told @HSJnews a review of NHS planned - to put it beyond election cycle.