NHS Confederation conference latest: a vision for the NHS over the next decade. Catch all the detailed coverage and tweets here 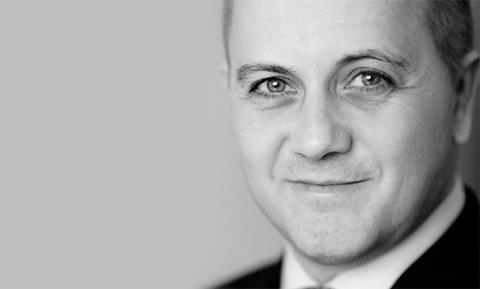 3.25pm @dwilliamsHSJ tweets: “burnham tells #nshconfed2013 he has realised his previous plans for a national care service wasnt actually the answer.” That’s the end of Burnham.

3.24pm Whoops! “There may be a bit of reorganis - er, change in payment systems,” says Burnham of his proposals. Little slip of tongue there from Burnham.

3.08pm dwilliamsHSJ tweets “burnham: nicholson was being unfair when he said politicians will never make the case for reconfiguration.”

3.06pm “We did some very difficult things,” says Burnham, insisting he’s been pro some controversial reconfigurations.

3.02pm He says social care is likely to be unable to cope with pressure by time of next election. He predicts hospital problems will not be overcome.

3.00pm Montague quotes David Bennett saying: Euro law means the market regulations are required. “In the end it drives the system to fragmentation.”

2.59pm He says the market framework has to go. “It can’t stay - it can’t deliver.” Points out it threatens Torbay’s integration.

2.58pm Sarah Montague asks how all the change Burnham proposes is not reconfiguration - he laughs nervously.

2.51pm Dr Patrick Cadigan, registrar, Royal College of Physicians is on now. But the sound has gone off in the press room. Crisis is all around us, he says, but there are reasons for optimism.

2.47pm Jeremy Taylor of National Voices is on now. Says it’s not an issue about ensuring better spin. He backs Nicholson’s line on patients being part of the solution to service change. “We haven’t changed the debate from being about consultation/coercion to being coproduction.”

2.43pm @dwilliamsHSJ tweets: “Is burnham’s rhetoric against the private sector a way to buy support of the unions so he can talk about reconfiguration with them on side?”

2.40pm That’s Burnham finished. Debate now on reconfiguration - there will be questions to Burnham at the end of this.

2.38pm @NickGolding tweets: All of this Burnham speech seems to be very presumptive that John Oldham’s review for Labour policy will tally exactly with his #nhsconfed13

2.35pm dwilliamsHSJ tweets: Burnham doesnt see his reforms as a revolution, but as an evolution. Sounds oddly familiar…..

2.33pm Burnham says he believes health and wellbeing boards should take key decisions - rather pre-empts the finding of Sir John Oldham’s inquiry into this for Labour.

2.31pm Burnham says hospitals will need to change. Resources will be moved from medical beds to community provision. “The home, rather than the hospital needs to be the default setting for care.”

2.31pm “I see a world where the NHS takes on responsibility for organising social care.” Year of care tariff he moots.

2.30pm “We need one service and one person responsible for the whole spectrum of care. I’m talking about the full merger of health and social care.” Currently finances discourage integration.

2.27pm “Prevention never really has been in the DNA of the NHS.” - Due to split between health and social care. Council cuts lead to “huge disinvestment in social care”. We’ve a “malnourished, minimum wage social care system.” Surely looking after someone else’s parents is the highest person for a young person.

2.25pm Burnham: I’ve thought long and hard about what went wrong at Stafford… Talks about demographic changes. “We are trying to meet one person’s needs through three separate systems.” Hospitals, mental and social care. “Our 20th Century system has no incentive to invest in prevention.”

2.24pm Burnham warns against excessive regulation in response to Francis. “Patients and their families are the best regulators.”

2.23pm If government wants more private providers, then they should be subject to the Freedom of Information Act. HSJ would endorse that…

2.21pm @dwilliamsHSJ tweets: “Burnham cites the olympic opening ceremony. That’s becoming the new nye bevan.” It is - Nicholson did it - it’s been mentioned in most of the break-out sessions.

2.20pm This is not ideological comfort zone stuff, says Burnham, market based systems cost more than planned systems. US spends 17.4 per cent GDP on health.

2.18pm “Yes , to a degree we did,” says Burnham to charge that Labour started march of the market in the NHS.

2.16pm Burnham: I can reassure you on the ‘R-word’ - reconfiguration. “I will work with the organisations I inherit.” Outlines vision of “whole person care”. “Public service over privatisation.” Pledges to repeal Health and Social Care Act.

2.14pm Burnham. I’m on a mission to make NHS matter at the next election. We need to decide what health and social care system we want in the century of the ageing society.

1.05pm End Game Confed Special: A delegate at the NHS Confederation’s conference in Liverpoolhas been spotted drawing what appeared to be a picture of the Flux Capacitor from Back to the Future, but with the patient at the centre.

12.49pm The National Audit Office says there is “very considerable uncertainty” over the benefits the Department of Health has forecast will be delivered by the National Programme for IT.

Many of the benefits were forecast for “future periods” and, for several high-profile parts of the programme, 98 per cent of the cost benefits are yet to be delivered, the government spending watchdog said.

The NAO’s memorandum was prepared for the Public Accounts Committee, which is holding a session on NPfIT on Wednesday 12 June.

The document said: “It is clear there is very considerable uncertainty around the benefits figures reported in the benefits statement.

“This arises largely because most of the benefits relate to future periods and have not yet been realised.

“Overall £7bn (65 per cent) of the total estimated benefits are forecast to arise after March 2012, and the proportion varies considerably across the individual programmes depending on their maturity.

“For three programmes, nearly all (98 per cent) of the total estimated benefits were still to be realised at March 2012, and for a fourth programme 86 per cent of benefits remained to be realised.

“There are considerable potential risks to the realisation of future benefits, for example systems may not be deployed as planned, meaning that benefits may be realised later than expected or may not be realised at all.”

12.25pm As future trends threaten to overwhelm the health service, the NHS must figure out how to deliver healthcare in a radically different way that involves patients more, says Michael Macdonnell, who starts asNHS England head of strategy later this month.

He writes: “It is striking how little we know about what citizens think the big problems are and what they want from the NHS… Real and meaningful engagement is likely to raise uncomfortable issues, which is why it’s worth doing.”

There are now 90 dental practices across the country helping to test different elements of the new contract. These sites will look at preventative oral health with a focus on better results for both adults and children.

11.09am NHS England has issued a press release announcing NHS 111 performance is “steadily improving” across the country.

The release highlights figures out today which show 92 per cent of users are very or fairly satisfied with the service and 87 per cent of calls are answered within 60 seconds. However, the announcement acknowledges some providers are still having problems, especially at weekends.

The data is for April, the month in which the whole country was supposed to go live with the new non-emergency telephone number. Only 31 out of 44 areas were live and able to provide data for the month.

A spokeswoman said: “Our focus continues to be on making sure that providers of services in problem areas meet the terms of their action plans to boost performance for our patients.”

10.52am The full transcript of Sir David Nicholson’s speech is available on the NHS England website here.

10.50am A reminder that HSJ is conducting a survey of women in healthcare leadership and is seeking the views of both women and men working in the sector. You can have your say here. It should only take a couple of minutes to complete and responses will be treated in strictest confidence.

10.23am Debt-laden Peterborough and Stamford Foundation Trust is unsustainable in its current form, independent investigators have concluded. A report by the contingency planning team for watchdog Monitor said the trust would not be able to pay its bills without continuing external support. Read HSJ’s East of England reporter James Illman’s report on hsj.co.uk here.

10.19am Baroness Mannigham-Buller’s speech has been well recieved at the conference.

‘If you take yourself too seriously, you can be sure your staff won’t take you seriously at all’ Eliza Mannimgham-Buller #nhsconfed13”

“If you don’t care about your staff you can’t fake it, ur staff will see straight through you. Be genuine & honest. #leadership #nhsconfed13.”

9.48am The session on the future of the NHS ends. Former director general of MI5 Baroness Manningham-Buller is up next to talk about leadership under pressure.

9.45am Tim Kelsey says NHS England has “really struggled” to get the diversity of communities of the country reflected in its workforce but they have done that now.

9.41am Lisa Rodrigues, chief executive of Sussex Partnership Trust tweets: “Good 4 @tkelsey1 re big deal the funding discussion re health + social care is. Take the politics with a big P out of this #NHSConfed13”

”#NHSconfed13 - why do we think that transferring funds to LA would automatically improve holistic care for the individual?”

She adds: “my view-need to emphasise -people In organisations working together around the individual that achieves change NOT structures”

9.34am Strong words fromyouth parliament member: “We can’t afford to pay for care for people who deliberately go out and abuse their bodies”.

9.32am Tim Kelsey says the most important health debate in the run up to the next election will be how much of the NHS budget should be spent on social care.

9.27am Andrew Webster: “My vision for the NHS in ten years is a local service with money raised and spent locally.

“Fear and isolation are holding us back. People are thinking they would really like to run the system differently and take some risks but they don’t want to be the only one that gets it wrong.”

9.26am NHS Confederation policy director Johnny Marshall tweets: Andrew Webster #nhsconfed13 how do we replace fear and isolation with hope and togetherness?

9.22am LGA’s Andrew Webster says “we have to drop the professional tools that get in the way, let’s get to a much simpler conversation about what kind of life do you want to lead and how can we help?” He calls for work towards integrated services to be done at scale.

9.18am On the future of the NHS, Care UK’s Mike Parish says sorting out patient records is essential so people can get the care they need when they need it.

9.16am In case anyone missed it yesterday, here is HSJ’s report on David Nicholson’s speech yesterday: Nicholson attacks criticsism of GPs and ‘tyranny’ of politics

9.12am Anna Dixon, Department of Health director of quality and strategy, tweets:

#nhsconfed13@tkelsey1 care is currently unsafe, undignified, inhuman. NHS needs to remember who I am. Data will be 21C blockbuster drug

9.03am The final day of the NHS Confederation conference 2013 is underway. Tim Kelsey,National Director for Patients and Information at NHS England, chief executive of Care UK Mike Parish, Andrew Webster from the Local Government Association and a member of the youth parliament will be sharing their vision for the NHS over the next 10 years.