The first formal consultation has begun on major service changes proposals put forward in a sustainability and transformation plan. 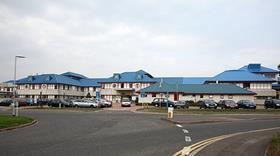 A small number of other areas of the country, including Devon and Cumbria, are also consulting on service changes but these began before the publication of their STPs.

The consultation says there will be substantial changes to preventative and community based services. These include removing beds from several community hospitals, and the potential closure altogether of a small number of community hospital sites.

The consultation says “community hubs” will be developed, which will “provide a joint health and social care team approach to caring for patients, particularly the elderly and frail”; “allow you to have outpatient appointments outside of acute hospitals”; with “an extended multidisciplinary team with health and care staff working together from a single central location”.

The consultation document says capital investment of £147m-£189m will be required for the acute hospital changes, while the capital cost of up to £20m for changes in the community will be found locally. The consultation will run until 28 February.

Dorset CCG chair Forbes Watson said in a statement: “These proposals are the outcome of collective work from local clinicians who are experts in their area of work.

“At the start of the review they were tasked with designing Dorset’s future healthcare so it could continue to deliver the high standard of care local people are used to receiving both now and in the future.”