COMMERICAL: A legal challenge from a private provider has forced commissioners to undertake a full procurement process for several GP services in Hull.

As part of a wider plan for primary care services in the city, Hull Clinical Commissioning Group wants to create geographical groups of practices, each operating as larger scale providers. 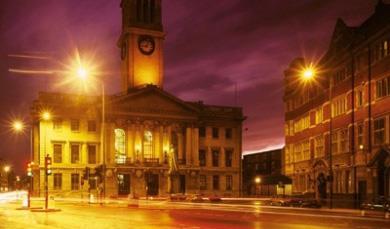 The CCG has been operating under joint commissioning arrangements for primary care with NHS England since last April.

However, HSJ understands the initial plan to create the groups, by inviting groups of GPs to take over practices currently run under time limited contracts, was challenged by Virgin Care.

Eight out of about 50 surgeries in Hull are run under alternative provider medical services contracts, which are due to expire in March. Three of these are run by Virgin.

“However, following a legal challenge, NHS England and the CCG will be undertaking a full procurement, in four lots, for the future provision of the primary medical care services currently provided through the APMS contracts.”

Virgin said in a statement to HSJ: “We launched the East Park, Story Street and Northpoint Medical Practice services in 2010 and since then we’ve had great feedback from the community and from our registered patients with more than 85 per cent of people rating the service saying they’d choose to recommend the services last year.

“We look forward to having the opportunity to continue to provide these services in the future.”

Four of the other practices under APMS contracts are run by a local community interest company.

The CCG’s overall plan has identified eight potential practice groups that are broadly based on the geographic location of practices and cover registered patient populations of 23,000-50,000. The four lots that will now be procured relate to half of the eight areas.

“Due to increased workload, changes to public sector pension regulations and an ageing workforce there is pressure developing from staff retiring and not being replaced adequately due to an inability to recruit.”