Circle Health has agreed to a set of actions designed to reduce the financial impact of a new musculoskeletal care contract on the incumbent provider trust, HSJ has learned. 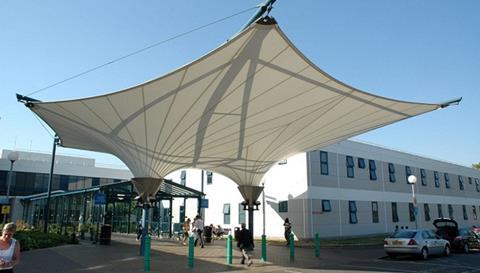 The independent provider signed the tripartite agreement earlier this month after agreeing to all the mitigations proposed by the incumbent Lewisham and Greenwich Trust, a document leaked to HSJ said.

The mitigations include a specified “minimum activity level” for the trust for the life of the £73m, five year contract, which was signed last week.

They also include a termination clause that says Circle’s contract, awarded by Greenwich Clinical Commissioning Group, will end if planned activity levels in orthopaedics at the trust fall below a certain level.

The agreement between Circle, the trust and the CCG was signed less than three weeks after a report by PwC said that if the risks were not mitigated, the loss of the MSK services could “add additional financial pressures” to Lewisham and Greenwich Trust, potentially even leading to the trust being placed into financial special measures. The report said the trust could lose up to £6.6m of revenue over the five years.

MSK services represent 5.6 per cent of the trust’s income from Greenwich CCG, however it is not the only commissioner of MSK services from the trust.

When asked about the mitigations agreement, Circle referred HSJ to Greenwich CCG. The CCG said it did not comment on leaked documents and that the information was “commercially sensitive”.

HSJ understands the agreement guarantees that Lewisham and Greenwich clinicians will continue to provide community based orthopaedics, rheumatology, pain management and physiotherapy for the length of the contract.

The agreement also says the trust will be given sole rights to provide the diagnostic services from Eltham Community Hospital and have access to the surgical suite alongside the radiology unit free of charge.

The guarantee will not impact patient choice because nearly 80 per cent of patients currently choose to come Lewisham and Greenwich Trust already, HSJ understands.

The leaked document did not refer to surgical activity. This is despite the PwC report noting that predicted losses by the trust could be mitigated by £400,000 a year if Circle “repatriated other orthopaedic activity”, meaning orthopaedic surgery.

The new provision of MSK services had originally been intended to begin last October, but was delayed until December and then to 1 March 2017 to await the PwC report’s findings.

It was delayed at the request of Greenwich council’s healthier communities and adult social care scrutiny panel, which was concerned that neither NHS England nor Greenwich CCG had undertaken an adequate impact assessment on the effect that losing activity would have on the trust.

The contract is expected to go live on 1 April.