Two Oxfordshire trusts are planning to create a not for profit organisation with local GPs to deliver all primary, community and acute physical health services currently commissioned by Oxfordshire Clinical Commissioning Group.

The “accountable care organisation” will be formed by Oxford University Hospitals Foundation Trust, Oxford Health FT and GP federation Oxfed. It will be introduced in a “phased approach” with a temporary “collaborative joint venture” implemented in 2017-18. 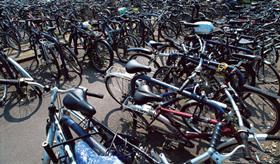 Oxfordshire CCG will devolve’ all but its statutory organisation accountabilities’

The information was revealed in a letter co-signed by the partners’ chief executives, which was obtained by HSJ under the Freedom of Information Act. It said the three organisations were “committed to the plan”, subject to board or shareholder approval and the “final organisational and contractual model”.

The letter also states there will be “an agreement on the longer term proposition to create an ACO by 31 March 2017.” A spokeswoman for OUH would not confirm if the arrangements would need the formal creation of a new company. However the letter said “not for profit status” was a key principle for the ACO.

Although it is unclear whether the ACO will be taking on core primary care services from 2017 the region’s sustainability and transformation plan said it expects all its CCGs to be commissioning primary care by April next year. Oxfordshire CCG will be “devolving all but its statutory organisation accountabilities” to the accountable care organisation once set up, with the new organisation taking on responsibility for delivering the Oxfordshire element of the STP.

Primary care will be “at the heart” of the ACO with the organisation taking on responsibility for managing the “system’s financial and clinical risk”. The letter also said there needs to be “alignment” of funding incentives to “minimise the risk of service disruption and ensure provider sustainability”.

The letter of intent followed a September meeting with the Oxfordshire CCG, which its recent board papers described as a “final opportunity” to agree how it would contract with the trusts next year. This follows the failure of OUH and Oxford Health to agree a way of integrating care over the summer, with the CCG responding by threatening to procure services externally.

The letter, dated 28 September, also said the partnership must reach agreement by the end of this month on the “contractual and organisational model” it will use for the first phase of the ACO.

When asked how discussions were going on how it intends to commission some services for the next financial year through its “collaborative joint venture”, the OUH spokeswoman said: “We don’t wish to make any further comment at this stage.”

The services being considered for joint commissioning from March include: all services commissioned by Oxfordshire CCG at OUH; some community physical health services at Oxford Health; and some early visiting and enhanced services offered by participating GP practices, although the letter does not outline how many would be involved. CCG and commissioning support resources will also be released to support management of the joint venture.

Adult mental health services are run by a consortium of providers led by Oxford Health under a separate outcomes based contract which was awarded last year.

A project director will be “appointed as soon as possible” to a new project team, which will include representatives from the three main partners. The PML, SEOX and Abingdon GP federations have also been invited to participate. The team will have until December to develop the joint venture’s first one year business plan before consultation begins with the “decision making body” for each partner.

The letter redacted commercial information so no financial figures were revealed.