Exclusive: Trust chief pledges to get back on track after opening £48m A&E

University Hospitals of Leicester Trust’s chief executive has promised the provider will hit the four hour target in 2018 – as required by national leaders – after opening a new, £48m accident and emergency department.

John Adler told HSJ the additional capacity from the new A&E and a major drive to address capacity and flow problems would help push four hour waiting time performance from around 85 per cent to the 95 per cent benchmark. 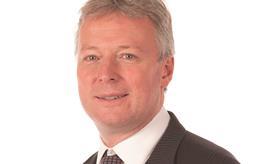 Such an improvement would be a significant recovery for the trust, which saw overall performance slip below 80 per cent earlier this year, and for type one attendees it slumped to 63 per cent between October and December.

The new, purpose-built emergency floor is the first major investment as part of a five year, £320m plan to upgrade the trust. The old A&E was designed for 140,000 attendees a year but last year it saw 240,000, Mr Adler said, adding that the old facility had been “woefully inadequate”.

The ward includes dedicated rapid ambulance access; double the number of cubicles, from 16 out to 32; an integrated mental health unit; and new streaming facilities that comply with new national guidelines and includes seven GP bays.

Mr Adler said: “We are still in discussions with NHS Improvement, but we have said [provisionally] we will be at 90 per cent by September, and 92 per cent by March 2018…The reason it’s 92 rather than 95 is that, although our emergency department will be big enough, we still have a capacity deficit.

“We have a peak deficit of about 105 beds [5 per cent of the trust’s 2,000 bed base]. That can be enough to be the difference between outflow from the emergency department and clinical decision unit working and not working.”

The trust has carried out two trials in recent months where it “proactively switched off [most] electives in order to artificially generate more medical beds for emergency flows”. Mr Adler said the move “immediately [pushed] performance into the 90s, within 48 hours”, which showed “a good chunk of our problem is in downstream capacity”. Mr Adler said the trust had no further plans to restrict elective procedures.

The trust has a three-pronged plan to address this that involved opening 60 medical beds, driving down length of stay and “a variety of step-down, re-ablement facilities which are being worked on as part of the our [sustainability and transformation partnership]”.

The Next Steps on the Five Year Forward View published last month, commits to the entire system hitting the four hour target 90 per cent of the time by September, for most trusts to be fully compliant at 95 per cent by the March 2018, and the whole system by the end of 2018.