Tony Spotswood has been chief executive of Royal Bournemouth and Christchurch Hospitals Foundation Trust since 2000. The trust, rated as ‘good’ by the Care Quality Commission, is the largest acute organisation in Dorset, an advanced health economy which has been named as one of the first integrated care systems in England.

In 2013, a high-profile merger between Bournemouth and Poole Foundation Trust was blocked by the Competition Commission (now Competition and Markets Authority), which ruled there was insufficient evidence that the merger would bring patient benefits.

The following year, a wide-ranging clinical services review was established by Dorset Clinical Commissioning Group. In 2017 it recommended an emergency care hospital at Bournemouth and a planned care centre at Poole.

The Department of Health and Social Care has allocated £147m capital funds in support of this plan.

In the last two years the two trusts have reopened merger talks and they are currently in the process of a second attempt at coming together, which is seen as crucial to the CCG’s plans.

Despite the uncertainty over service and organisational reform, Bournemouth achieved one of the best NHS Staff Survey results in England in 2017.

Improving senior officers’ relationships; delivering mergers; driving service change across a health economy; consultation with clinicians and the public; and the implications of a judicial review. 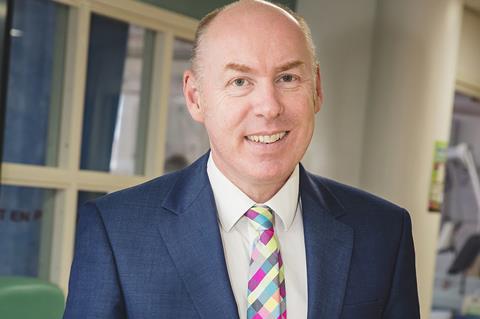 Using an US leadership approach to build relationships across the health economy.

“I think we have a history of working together across the whole Dorset health community.

“This goes back to Ian Carruthers’s time as chief executive of the Dorset Health Authority.

“We did a lot of work early on and focused on relationships. As CEOs we’ve done a lot of work around an approach called the Arbinger approach.

“In its simplest form it is about trying to see people as people, putting your feet in their shoes, and seeing the world through their eyes.

“The focus is on trying to develop more lasting and resilient relationships so when it gets to the difficult issues it’s the relationship that gets you through that, rather than the natural tendency to see things through the lens of your particular organisation.

“Some of that work we started as three acute CEOs.

“We then expanded that into four provider CEOs, and then expanded to include CCG and local authorities. That gave us a basis for trying to move forward as a senior leadership team together and that’s been helpful.”

Building relationships is one thing, but how have you driven transformation to become one of England’s first integrated care systems?

“The genesis of the clinical service review was the blockage of the merger by the Competition Commission and the realisation that we couldn’t stay as we were because the services wouldn’t be clinically sustainable, and as a system we wouldn’t be financially sustainable either.

“At that point there was an agreement with the CCG that we needed to drive a collective strategy for how we were going to ensure that services were clinically sustainable, as well as dealing with other issues such as workforce shortages.

“At that stage we were projecting a potential financial gap of nearly £200m by 2021 if we didn’t start to change the pattern of service provision.

“The fact that we really started working on this back in 2013-14 probably gave us a two-year head-start on much of the rest of the country.

“The past three and a half years have served us well in terms of working around the detail of the clinical service review that looks at the future of primary, community, mental health, and acute services.

“We’ve had 600 clinicians across four providers together with primary care colleagues and the CCG – all shaping proposals.

“Doing that work together gives us an important strategy.

“To some extent that served us extremely well in terms of getting us ahead of the curve so when an opportunity such as national funding for creation of transformed systems has been made available we have been able to capitalise on that.

“The most obvious example is the £147m that has been allocated to us.

“I also think the fact that the CCG is pretty much being coterminous with Dorset’s provider organisations gives us a distinct advantage over other health communities.”

Getting the long-awaited merger over the line

“Nationally, I think it’s clear the mood-music has changed quite significantly since we went for our merger the first time.

“The things that are different this time are a genuine appreciation from the CMA that there’s much more emphasis on collaboration rather than competition, and there’s much more evidence to show trusts aren’t incentivised to expand their business.

“The Rightcare programme is an example of that. The whole essence of that is that you manage demand rather than take steps to widen the volume of patients coming into trusts.

“That whole appreciation that competition doesn’t play the role that the CMA thought it did in protecting or driving up quality is important.

“I think for the trusts ourselves – when we went to the Competition Commission in 2012 we were focused on identifying benefits across five of our clinical services.

“At that stage we were suggesting that if we merged we’d be in a position to centre A&E services at one hospital, but we weren’t clear which site would be the lead.

“The clinical service review has completely changed that and it’s difficult to find a specialty that isn’t touched by the changes proposed.

“A further big change is that last time we were advancing these arguments without any evidence of the capital funding to support them.

“Clearly what we’ve now got is a direct commitment from the Department of Health and Social Care to fund all the capital development across the two sites.

So was the Competition Commission right to block the first merger attempt?

“At the time it was frustrating and particularly disappointing for a large tranche of staff across both organisations given the two years of work that had been done.

“I don’t think it was a blessing if that’s what you’re saying – in some ways you’ve got to ask the question: ‘As a consequence of not coming together, have you been able to implement some of the changes you wanted to make back in 2012-13?’ The answer to that is no.

“The pattern of provision has remained unchanged and this is one of the features of our patient benefit case; that the absence of the merger has in many ways led to a slowing of progress around reconfiguration of services.

Isn’t it frustrating that six years on you’re still trying to complete the merger?

“I think it’s genuinely been a positive experience. The frustrating element is the pace at which things move and my frustration at times that we haven’t been able to go further faster.

“I wouldn’t ascribe fault. I think if you’re the first organisations to go through a completely new process there’s bound to be a lot of learning and I think much of that learning was done through the experience that we endured over that first two-year period.

“Having said that, you have to set that in the context of Dorset’s position as an ICS, the allocation of £147m, the clarity now available to local staff over provision of both emergency and planned services so in many ways we have made a lot of progress.

“What I’m particularly proud of is given the complexity of that agenda how we’ve managed to sustain services.”

Keeping the public happy and being faced with a judicial review

In spring 2018 it was announced that the CCG’s reconfiguration plans would be subject to a judicial review, which is brought by the campaign group Defend NHS Dorset.

The campaigners say the plans will leave tens of thousands of Dorset residents and more than one million visitors without access to A&E and maternity services within the “golden hour”.

They also believe elements of the CCG’s consultation were misleading, which renders the process unlawful.

The judicial review will be heard on July 17-18.

“The real task in terms of working with the public has fallen to principally Dorset CCG because it’s been their strategy.

“There have been some sensitive elements of that: the concentration of A&E services in one location, and the transfer of paediatric and maternity services.

“The CCG have done a really good job and used a network of clinicians from ambulance, primary care and acute to inform the public.

“On the whole that has worked. It is to be expected you won’t convince everyone.

“It’s fair to say when the CCG worked through how it wanted to run this process it designed it with a potential judicial review in mind, and therefore I think they have been meticulous in their consultation process.

“The biggest implication of the judicial review is the potential to put some time delay into some of our work.

“We’re involved in a piece of work over the detailed clinical design of services, which has to be precise about which aspect of which services are provided on the planned and emergency site.

“The next phase of that is the estates design, but we can’t start that yet until the review is resolved.

“The other issue that is relevant is that both we and regulators including NHSI and CMA wouldn’t want to consider the merger until the judicial review is resolved because it introduces such a high degree of uncertainty as to whether the benefits that we have articulated would be realised.

How concerned are you about the judicial review?

“I’m not unduly concerned. The CCG has followed the right process and designed that process to anticipate a judicial review.

“I would say the same about a potential referral to the secretary of state. Should that happen, we would anticipate a reconfiguration panel quite quickly reaching a view that would allow us to move forward.”