The HSJ100 is now 10 years old and has retained its unique role of plotting power and influence in the English NHS. However, the HSJ100 is often misunderstood and sometimes criticised for claims it has never made. What follows is a guide on how to read the HSJ100 and its 10th manifestation in particular.

The HSJ100 seeks to predict who will wield the most power and influence in the English NHS and health policy for the 12 months following its publication (ie: to November 2016). It makes no claim on whether that power and influence is being exercised for good or ill, it simply measures potential impact. The HSJ100 also makes no attempt at being “fair” or “balanced” – it simply tries to hold a mirror up to reality. That reality is often not pretty – for example, revealing the paucity of non-white faces at the top table – and the HSJ100, as is common with messengers, gets the blame.

It is HSJ’s hope that our annual “power list” acts as a reality check and a catalyst for change.

The HSJ100 is also often criticised as simply being a list of those holding the top jobs in national organisations. Position is, of course, an influence on power and influence, but it is not the only determinant. Our list is full of individuals (and organisations) punching above and below their weight and it is often the relative positions of people who hold similar positions that is the most revealing.

Finally, the HSJ100 tries to reflect David Cameron’s assertion that “Britain and Twitter are not the same thing”. That goes for the NHS, too – and our judgements try to avoid the common mistake which equates noise with power or influence, which is often exercised quietly and out of sight. 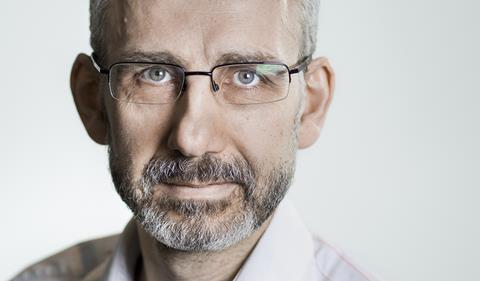 But, of course, the HSJ100 is far from perfect. For a start it is a snapshot of time. Events will soon prove some of the judgements awry. It can be particularly deficient when identifying patient campaigns which will have an impact nationally – such as those run by Julie Bailey at Mid Staffordshire and James Titcombe at Morecambe Bay. There are a number of significant campaigns underway, but it is very hard to predict which will break through on to the national agenda.

Then there is the constant shuffling of the NHS organisational deckchairs – this year, for example, the effect of the creation of NHS Improvement is hard to call.

Ten years of producing the HSJ100 also reveals that those new in post tend to have their power overestimated.

The most noticeable characteristic of the 2015 HSJ100 is the huge amount of change – with 39 new entries. The year after an election is often a period of significant upheaval – but taken together with some high profile retirements – this HSJ100 does seem to mark a changing of the guard.

Within this huge churn, two themes dominate the 2015 HSJ100. That one is money will surprise no HSJ subscriber.

The current negotiations over the comprehensive spending review will produce the most important financial decision affecting the NHS in a decade. Precisely what the Treasury will deliver and what strings it will attach to its generosity is consuming the working lives of many in the upper reaches of the HSJ 100. Most of what little time is left over is then swallowed by having to deal with the deterioration in NHS financial performance.

This agenda is perhaps encapsulated in the appearance of Andrew Baigent at Number 40. In normal times the DH’s director for group financial management can get on with his number crunching, noticed by few outside the NHS finance community. But such are the thin margins the NHS now operates on that his life more closely resembles that of Bank of England director during the 2008 crash.

The other notable theme is the rise of the provider chief.

There are nine trust chief executives in the HSJ100, 11 if you include NHS England cancer director Cally Palmer – who retains her role at the Marsden – and the ambulance sector’s leading figure Anthony Marsh.

This is by far the largest number in the history of the HSJ100, a fact that is especially notable given the last 12 months has seen the retirement of such heavyweights as Sir Robert Naylor and Sir Ron Kerr. This number acknowledges that even given the financial travails of the provider sector, provider chief executives are among the key influencers on the development of new care models.

But it is not only secondary care provider chiefs that are on the rise. The vision set out in the Five Year Forward View differs from all previous attempts to re-imagine the NHS because its success requires a rewiring of how primary care is organised. The two leading figures in that revolution, Dr Arvind Madan and Dr Nick Harding, find themselves at numbers 41 and 47 respectively.

There is one final interesting footnote. All but one of the Department of Health’s junior ministers find a place in the 100, again the highest number recorded. All have very specific tasks, such as Ben Gummer’s to shore up the political courage of Tory MPs in the face of hospital reconfiguration, and are not simply the front men for the health secretary or more powerful public and civil servants.