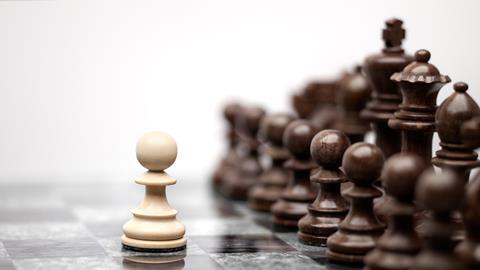 The HSJ100 is HSJ’s analysis of the most powerful and influential people in the English NHS and health policy. We have published it at the end of each calendar year since 2005. From 2017, we have decided to produce a summer “refresh” – recognising that much can change within a year.

The original plan was to publish the refresh in May or June, but the election put paid to that plan and the change the refresh captures is, therefore, even greater than it would have otherwise been.

The turnover created by these high profile departures and a series of seismic events – most significantly this year’s “snap” election – mean there are 32 new entries, while eight figures have fallen by 20 places or more and 14 have risen by the same amount. Of the top 20, only nine people survive from 2016, while five are new entries and the remaining six have all risen at least 15 places.

To understand the most significant changes in the refreshed HSJ100, which is again supported by Veredus, it is wise to make like Woodward and Bernstein and “follow the money”.

The defining event of the year will be the first autumn budget – with its promise of a multibillion capital boost for the NHS and the hope, albeit against expectation, that the government might release more revenue cash to help the service survive winter. Unsurprisingly then the top of the 100 is dominated by figures who will be closely involved in negotiating and distributing the cash.

More striking is the dramatic rise of those charged with leading the NHS’s various efficiency drives. The director of NHS England’s Right Care programme Matthew Cripps is the year’s biggest riser (up 47 places). Running him a close second is Professor Tim Briggs (up 43) who leads the Getting It Right First Time initiative and is now ranked the sector’s 11th most powerful figure.

Pay is likely to be a major cause of debate, action and controversy this autumn, hence the rise of union leaders. New British Medical Association chair Dr Chand Nagpaul is at 10, 18 places higher than his predecessor and Royal College of Nursing chief executive Janet Davies rises 19 places. Unison have two figures in the top 100, with Christina McAnea who now leads pay negotiation for the union being joined by her successor as head of health Sara Gorton.

More from the HSJ100

At the very top of the HSJ100 sit five figures who are likely to lead the service for at least the next two years and possibly beyond (depending on the timing of the next general election).

A minority government empowers Simon Stevens; while a weak prime minister gives Jeremy Hunt plenty of room to determine his own priorities and keeps him relatively safe from being reshuffled as he enters his sixth year in the post. David Behan has skilfully helmed the Care Quality Commission for five, often difficult, years and has now established it as the most stable of the major NHS arms length bodies.

NHS England number two Matthew Swindells has risen 19 places and has been entrusted with the delivery of the Five Year Forward View. His colleague Paul Baumann has been given direct oversight of the £15bn specialised commissioned budget along with his day job as finance director of stewarding the £100bn local commissioning and primary care pots.

One of Mr Swindells or his equivalent at NHS Improvement, Bob Alexander (Number 6), could yet be persuaded to take the recently advertised top job at NHSI.

Most of the relevant figures in the HSJ100 have been asked whether they would like to take on the role – and have politely declined the opportunity they know only exists because of the government’s inability to change the legislation which requires it. But eventually one of them will be cajoled into it and the NHS’s leadership vanguard will be complete.

Brexit is starting to make itself felt in the NHS – largely though concerns about workforce, while the general election result also sees the return of Labour party figures as major players in health policy – most noticeably in the form of shadow health secretary Jonathan Ashworth.

An interesting group of new entrants consist of those leading sustainability and transformation partnerships or devolved healthcare economies. Surrey county council chief executive David McNulty is this year’s Sir Howard Bernstein as devolution comes to the south east. However, Manchester still dominates, with no fewer than four figures in the 100 (Dalton, Rouse, Deegan and Burnham).

There are now seven STP leads in the 100 – Dame Julie Moore, Dr Amanda Doyle, Sir Andrew Cash and Sir Andrew Morris are joined by Tim Goodson, David Pearson and Stephen Eames with many counterparts clustering just outside. Their representation in the annual list (and its summer refresh) will be a good way to judge the success of the initiative.

The full review and revision of the HSJ100 will take place as normal at the end of the year.

The HSJ 100 refresh was judged by Alastair McLellan, Dave West and David Williams from HSJ; Annette Sergeant and Simon Potts from Veredus; and Bill Morgan from Incisive Health.