Can we expect nursing associates in the NHS by spring 2017?

With stakes pegged high for public safety and confidence, it may be a while till a regulated framework for the new healthcare role is set up in the NHS. By Nicole Ridgwell 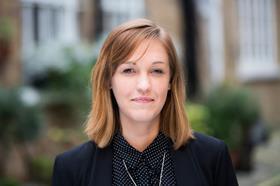 Having concluded its consultation, “Building capacity to care and capability to treat - a new team member for health and social care”, Health Education England (HEE) has confirmed that it will be proceeding with plans to introduce nursing associates into the healthcare sector.

This new healthcare role has been received with much political goodwill, as is evidenced by the speed of the process to date. First announced as a possibility in December 2015, the recently concluded consultation opened in January 2016, and HEE has announced its intention to introduce the new role into England’s healthcare system by Spring 2017.

The role itself has been described by HEE as having “the potential to transform the nursing and care workforce” by providing a new type of healthcare worker, one to which more complex care work can be delegated.

It is envisaged that applicants would apply for a nursing associate apprenticeship, culminating in a foundation degree, with the possibility of further progression to registered nurse qualification via a degree level apprenticeship or shortened degree.

The ‘Raising the Bar: Shape of Caring’ review, which initially proposed the introduction of nursing associates, contended that the new role would enhance the existing training and career pathways available within the NHS.

With a clearer career pathway, it argued, the NHS could demonstrate its commitment to investing in staff in the long term, leading to lower staff turnover, increased staff morale and an improved patient experience.

On a day to day basis, the nursing associates would work with healthcare assistants and registered nurses, in what is being described as an enhanced version of the carer role.

Given the ongoing political and media spotlight on claims of nurses being too busy with paperwork to be present on the frontline, one can see why any opportunities to free up a nurse’s workload would be met with significant enthusiasm. However, the Royal College of Nursing (RCN) has urged caution and pressed for greater clarification of the role prior to this new introduction into the workforce.

Whilst broadly supportive of any developments towards more flexible models of care and a greater skill mix within the sector, the RCN has highlighted that delegating a wider range and greater complexity of tasks to any non-registered individual would not alter the fact that the registered nurse would remain ultimately responsible for all care and decision making.

Registered nurses have a duty of care and a legal liability to their patients, not only in terms of their obligations to their employers but under their obligations to their regulator’s code of donduct. Delegating tasks without ensuring that those to whom they delegate are competent and appropriately supervised is a breach of their Code. Any such breach may result in disciplinary and regulatory fitness to practise proceedings.

This ultimate responsibility means that nurses remain accountable and therefore largely responsible for the supervision and mentoring of non-registered workers.

The RCN consultation briefing paper also cautioned against a further blurring of the caring roles and the potential confusion this can create for patients. The paper concluded by raising the question of statutory regulation for all healthcare workers, something for which it has campaigned for many years.

Likewise, the Nursing and Midwifery Council’s (NMC) response concluded that “that there is still some way to go in bringing definition to the role” and noted “the strong support in principle for the NMC to regulate the new role. (However) a final decision about regulation needs to be based on evaluation of the proposed scope of practice for nursing associates”.

The government has explored the possibility of regulation and registration of healthcare support workers a number of times over recent years. Sir Robert Francis QC’s report following the Mid Staffordshire enquiry strongly supported expanding regulation to all health and social care professionals.

With a clearer career pathway, the NHS could demonstrate its commitment to investing in staff in the long term, leading to lower staff turnover, increased staff morale and an improved patient experience

The enquiry concluded that, under the current system, “There is almost no protection available to patients or the public… There are no minimum standards of training or competence”. The proposed solution was to identify minimum training standards and a code of conduct for healthcare support workers and adult social care staff, with regulation under the umbrella of the Nursing and Midwifery Council.

The Government initially indicated that legislation could be adopted through inclusion in The Health and Social Care Act 2012, but it was not included in the final bill.

In its ‘Factsheet on support worker regulation’, the Government explained that healthcare support workers and adult social care staff were sufficiently regulated by the then Independent Safeguarding Authority’s Vetting and Barring Scheme (now administered by the Disclosure and Barring Service) and the overview of the sector by the Care Quality Commission.

Significantly, the factsheet also referred to the informal regulation of such workers via the NMC’s guidance on appropriate delegation and supervision.

In the response to the nursing associates’ consultation, Professor Lisa Bayliss Pratt, director of nursing and deputy director of education and quality at the HEE enthusiastically noted that “there is a real appetite for this role… (A) role has the potential to transform the nursing and care workforce”.

The nursing associate role is evidently being advertised as distinct from the existing roles of healthcare workers and registered nurses. The emphasis is on a greater level of academic knowledge and training, on the basis of which registered nurses will be able to delegate more complex tasks safe in the knowledge that their new colleagues are competent.

What the Government and the HEE have yet to do is to explain how exactly they are intending to distinguish the nursing associate role, what levels of academic learning and frontline practice will be deemed sufficient and how, if at all, these new members of the healthcare workforce will be regulated.

With so many significant questions to be answered and the stakes in terms of patient safety and public confidence set so high, one may think that it will be more than the 9 months to Spring 2017 before we see the first nursing associates in the NHS.

Nicole Ridgwell is a solicitor at Ridouts LLP