Challenging CQC ratings: a system stacked against the provider

It is not easy to hold a CQC inspector’s rating to account and the regulator’s lack of systematic performance management in its rating review process means injustices will occur, writes Neil Grant 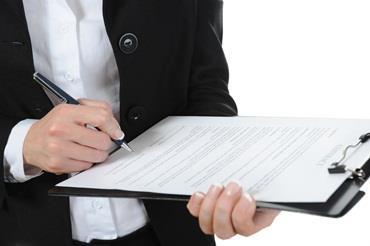 The grounds for requesting reviews of ratings are very limited.

A rating review involves examining whether the Care Quality Commission has followed its published guidance in awarding ratings. It is emphasised in the CQC guidance that challenges to the judgements and the evidence these are based on should be made during the factual accuracy stage, which follows the issuing of a draft inspection report to a provider.

A rating review does not involve a reconsideration of the evidence unless there has been a defect in the process. This may be difficult for a provider to establish given that the CQC will not have disclosed the underlying inspection paperwork, or the internal quality assurance paperwork relating to the production of the report.

As far as providers are concerned, another downside of the rating review process is that a request for a rating review can only be made after publication of the inspection report. By then, any damage from an unfair rating will have been done. Having a rating changed several months later is unlikely to gain much public attention or provide redress to lost reputation.

Even if a provider submits a request for a rating review, it does not mean that an independent reviewer will automatically consider it. It is first “triaged” by a member of the rating review team within CQC.

Many requests are being rejected on the grounds that procedural defects have not been identified. Very often the problem is not that an inspector has failed to follow the CQC guidance but rather that they have applied it too rigidly.

In this way, quality services can easily find themselves in the “requires improvement” bracket. Such cases will not be reopened at the rating review stage, even though the services may have been treated unfairly on inspection.

At its request, the rating review team will be supplied with the underlying records from the inspection team – the same records the provider will not have seen. A cursory review of these records may suggest that due process has been followed by the CQC at the various stages of the inspection and rating process, leading the rating review team to conclude there is no basis for referring the matter to an independent reviewer.

The reality may be very different but if the provider does not have an opportunity to review the internal paperwork, there is a risk that the team will simply accept what it is told by the inspection team.

At Ridouts, we are also concerned by the delays in getting responses from the ratings review team. Requests for indicative timescales are ignored and months pass without any updates. The lack of responsiveness is all the more surprising given that the team does not appear to be dealing with that many requests for rating reviews.

‘While the bar has been set higher, that does not mean the quality of decision-making has necessarily improved’

The above weaknesses in the rating review process can lead to injustices, particularly where a change to underlying ratings would take a service out of the special measures regime and/or lead to it being treated differently on re-inspection. Poor ratings from one inspection are a check on the CQC improving ratings at the next inspection given the CQC’s preoccupation with consistency of practice (sometimes called sustainability).

The CQC is due to publish information about the first six months of the official rating review process over the course of the next month. It is likely to show that requests for changes to ratings have only been successful in a minority of cases, with some ratings even being downgraded rather than upgraded.

The CQC will no doubt say that the remote chance of having a rating improved is evidence of the robustness of the new inspection and rating regimes. However, while the bar has been set higher, that does not mean the quality of decision making has necessarily improved.

Indeed, our experience at Ridouts is that some local inspectors are failing to carry out their roles effectively and professionally, and yet there is a lack of performance management at a more senior level within the CQC.

Given the limitations of the rating review process, it is imperative that providers challenge aspects of the inspection process that they are not happy with during and immediately after the actual inspection. Feedback should be recorded and agreed with the inspectors.

Consideration should also be given to making immediate requests for the underlying inspection notes to assist in preparing for the factual accuracy stage. If a provider leaves the request for the inspectors’ notes until the draft report is received, it is unlikely that they will be disclosed within the 10 working days that the CQC gives providers to return factual accuracy comments.

It is also essential that providers supply evidence during their inspections that shows outstanding and good rating characteristics are being achieved. If this evidence is not then taken into account by the inspector, that can be a basis for challenging a report at the factual accuracy stage, as well as at the review stage if the inspector refuses to include that evidence in the final report.

A provider should ask for an urgent meeting with the CQC if it is felt that their lead inspector is not listening to them in relation to the evidential base. Re-inspections should also be requested if the issues are significant and/or the conduct of an inspector is called into question.

What is apparent to us at Ridouts is that the CQC has an insufficiently robust performance management system in place in relation to local inspection teams. While most inspectors are professional and competent in what they do, a minority are not. This leads to the CQC giving support to inspection outcomes that should be overturned at the factual accuracy stage.

For the reasons highlighted above, the rating review process is not a mechanism that holds inspectors to account, thus making internal performance management all the more important.

In our opinion, there needs to be a fundamental review of how local inspection teams are managed within the CQC to ensure that inspectors are fit for purpose. Until that happens, injustices will persist and the image and reputation of the CQC will be diminished across the sector.