CQC regulation is being transformed in 2014

The Care Quality Commission’s regulation and inspection regime is being transformed this year. We look at the five most important developments 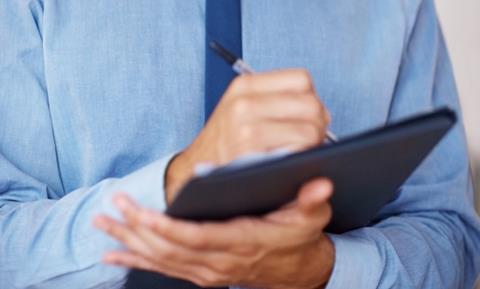 Inspectors will be charged with answering the following five questions about services: are they safe, effective, caring, responsive and well led? Rather than being compliance led − have you passed or failed each standard? − the focus will be on making informed evidence based judgements in respect of these questions. This should make it easier for the public to understand Care Quality Commission’s findings.

‘Judgements will always be based on inspection findings, national data and local information’

Hopefully it will also lead to more balanced, proportionate judgements being made by inspectors, reporting on what services do well, as well as not so well. Until now, the focus has been on reporting perceived non-compliance, often fixated on minutiae, much of which has little or no practical impact on service quality and delivery.

This was what CQC was originally set up to do and it is actually enshrined in the governing legislation. The problem was that CQC had been charged with registering tens of thousands of existing providers under the new system, as well as opening its books to new sectors such as dentists and GPs. It is hardly surprising that inspections took a back seat. After the Winterbourne View scandal, CQC swung the other way saying that it would inspect all services all the time.

The new management at CQC has restored a sense of sanity to the whole process, indicating that it will operate an effective risk based system linked to what it describes as continuous “intelligent monitoring”. There will be suites of indicators which relate to the five key questions, based on the type of sector being regulated − a move away from the one size fits all approach to regulation that was always going to be a disaster.

These indicators will be used to raise questions about the quality of services but will not be used on their own to arrive at final judgements. Judgements will always be based on inspection findings, national data and local information from the service or other organisations such as clinical commissioning groups or NHS England local area Teams.

The CQC is inspecting a further 19 NHS trusts and foundation trusts as of January and these organisations will have the unenviable privilege of being the first services to be giving a rating. The commission has indicated that it will be rating all services on the following basis: outstanding, good, requires improvement or inadequate. The overall rating will be built up from sub-ratings for particular hospitals and departments, each linked to the key questions.

‘A common reaction to regulatory failure is to blame the law as being inadequate. In fact, the current legislation is more than adequate’

What is apparent is that the outcome of inspections under the new system, based on a single overall rating, will be far simpler for the public to understand. There is little doubt that ratings will have a significant impact on the reputation of NHS hospitals and on commissioning behaviour.

We are yet to see the detail of how the rating system will operate but it is likely to be based on descriptors of what outstanding, good, requires improvement and inadequate services look like, linked to some form of rules based system to arrive at an overall rating. Inevitably, it is going to be subjective and arbitrary to some degree, which must demand some form of appeal mechanism. The CQC has said there will be some form of appeal process, probably internal to the CQC rather than being truly independent. As with most things, the devil will be in the detail.

A common reaction to regulatory failure is to blame the law as being inadequate. In fact, the current legislation is more than adequate if employed sensibly and consistently but the call for change arising out of the Francis inquiry into Mid Staffordshire Foundation Trust has led to a commitment on the part of the government to reform the statutory requirements for the third time in 12 years.

‘Under the new system, the CQC will be able to prosecute for breaches of the fundamental standards without the need to serve a warning notice first’

The draft regulations included in the consultation document are very basic. However, they are still confusing in that they differentiate between directly prosecutable outcomes as opposed to sub-clauses or conditions that support the outcomes and somehow “provide the CQC with a means of taking appropriate enforcement action where providers are found to be slipping, but have not yet breached the requirement”.

Providers need to know what is required of them, particularly if the downside is enforcement action leading to potentially substantial fines in the case of criminal proceedings. Such confusing statements in a consultation document are unhelpful and raise a real issue about the enforceability of the proposed provisions.

The DH says that CQC guidance (yet to be issued and consulted on) will inform providers as to how they should comply with the fundamental standards. We wait to see with interest what the guidance says about compliance. It is a pity that the regulations and guidance could not have been issued for consultation at the same time given the obvious and intentional lack of detail in the draft regulations.

At the moment, it is not possible to prosecute directly for breaches of the essential standards. The CQC has to serve a warning notice and give the provider a chance to make amends. If the provider achieves compliance within the timescale set by CQC no prosecution can be brought in respect of the earlier alleged non-compliance. Under the new system, the CQC will be able to prosecute for breaches of the fundamental standards without the need to serve a warning notice first.

The Commons health committee reported on 22 January that inadequate staffing levels should trigger inspection and in some situations, prosecution, adding: “It is essential that those providers that fail to achieve adequate staffing levels are aware that they are in breach of fundamental standards and therefore liable not only to inspection but also regulatory action including prosecution.”

‘As a slogan for the future, one can only hope that “right touch” regulation will be introduced by the government’

This should be a sobering reminder to NHS hospitals of their regulatory responsibilities given the maximum fine per office is £50,000. Senior managers can also be prosecuted for consent, connivance or neglect linked to breaches of the regulatory standards.

New offences are planned for providers, notably a duty of candour to service users and their families in the event of harm to the service user, with the threshold of harm to trigger the duty yet to be determined. It is also proposed to bring in an offence of wilful neglect to apply to individuals and companies.

Finally, a new fit and proper persons test for directors and senior managers of providers will be introduced and policed by CQC. In effect, this will operate as a barring list should an individual be removed from their post pursuant to a request from CQC or following enforcement action should the provider refuse to do CQC’s bidding. There will need to be an appeal process for individuals deemed by the regulator to be unfit.

Whenever the statutory framework has been changed it has created uncertainty and led to a period of regulatory paralysis while inspectors and providers adjust to the new deal. It is hoped that the failures associated with previous reforms are not repeated again given the national regulator cannot afford any more lapses on its watch.

A sense of déjà vu is inevitable given the recurring oscillation between “light touch” and “command and control” regulation. As a slogan for the future, one can only hope that “right touch” regulation will be introduced by the government.

At Ridouts we will be reporting on the various consultations and reforms.

How to manage your inspection

There are various ways to manage CQC inspections. Our advice is to: