Don’t be complacent, regulation is beginning to bite 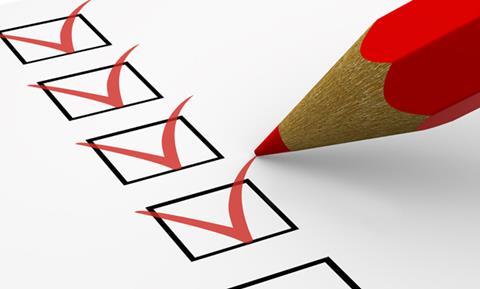 The Department of Health published joint policy statement The regulation and oversight of NHS trusts and NHS foundation trusts in May last year, highlighting that the NHS single failure regime was to be policed by the Care Quality Commission, Monitor and the NHS Trust Development Authority.

Essentially what this document says is that the CQC will be responsible for the diagnosis of quality problems in the NHS with Monitor providing the therapy for foundation trusts and the TDA for trusts.

There is little doubt that the therapy can be invasive and uncomfortable for trusts.

The statistics make for interesting reading.

Monitor licences 147 FTs, of which eight are placed in special measures, while 15 are subject to other regulatory action and nine are under investigation as of 9 December.

In other words, more than 20 per cent of FTs were subject to some form of regulatory activity and scrutiny.

Equally, the TDA is not sitting on its hands. There are also five trusts subject to special measures under its regime.

Although the single failure regime will gain its statutory imprimatur through the Care Bill once enacted in 2014, the fact is that CQC, Monitor and the TDA are working to it now.

The example of The Queen Elizabeth Hospital King’s Lynn FT is a salutary reminder of how quickly matters can change on the regulatory front.

The CQC reinspected the trust in May 2013 and identified breaches across nine standards, including two major breaches in relation to care and treatment and staffing.

This was followed by a “risk summit” at the end of May 2013 at which it was agreed that NHS England would conduct a rapid response review.  A follow-up inspection by CQC in August identified four major breaches which led to the CQC issuing warning notices.

This was the trigger for Monitor to become involved under its enforcement regime. Monitor accepted “enforcement undertakings” from the trust on 21 August around matters such as financial sustainability, accident and emergency and quality improvement.

In October 2013, Monitor to further action by in imposing “discretionary requirements” based on CQC’s action and the negative results of the rapid response review.

These requirements focussed on a range of matters including the appointment of an interim chair, an interim chief executive and the attendance of TFT representatives at monthly meetings with Monitor.

By that stage senior directors had either left or were planning to as a result of the regulatory intervention.

The risk is that NHS provider organisations adopt a passive approach to regulatory scrutiny in the hope that acting in such a way will see them right in the end.

Such a response is naive considering the enforcement agenda in the NHS has well documented and publicised over the last 10 months and is set to intensify in light of the regulatory changes highlighted in the government’s Hard Truths response to the Mid-Staffordshire Public Inquiry Report.

The new landscape will include a barring regime operated by CQC in relation to senior managers in NHS provider trusts and direct prosecutions by CQC of NHS organisations for breaches of the proposed duty of candour and of fundamental standards.

A new rating system is also to be introduced from January 2014 for acute trusts in circumstances where the anticipated key lines of regulatory assessment have not been published.

We also have no idea about the remit of a proposed appeals process when it is felt that ratings are unfair.

At Ridouts we advise our clients to investigate regulatory issues promptly and effectively. There is only a short window in which to respond to a draft CQC inspection report or a warning notice.

Equally there is a statutory appeal process in which Monitor issues a notice of intention to impose discretionary requirements.

‘The stakes have never been higher for organisations and individuals’

If you believe you have legitimate concerns about the regulatory process you should take one of these actions, otherwise the case put forward by the regulator will remain on the record as the “single version of the truth”, according to the joint policy statement.

It is clear that Monitor and CQC will not second guess each other.

The stakes have never been higher for organisations and individuals. Legal advice should be sought in a timely fashion in advance of it becoming an enforcement situation.

In particular, appropriate advice should be sought about preparing for inspection. It is important that trusts engage constructively and positively in the process, ensuring that regulatory findings and judgements are fair and supported by the facts.

Your patients and staff would expect no less from you.

Paul Ridout is a partner at Ridouts LLP and is an experienced advisor for the health and social care sector.