However unreasonable the claims of a whistleblower might appear, employers would be wise to treat them with respect, warns Anna-Maria Lemmer 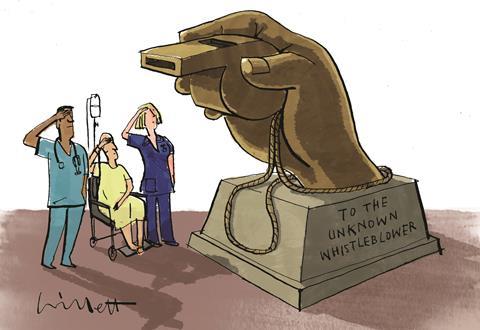 The Employment Appeal Tribunal handed down a judgement in April that clarified the meaning of qualifying disclosure – the statutory requirement an employee must satisfy to benefit from whistleblower protection – as a reasonable belief that any disclosure is in the public interest .

The requirement of a disclosure being “made in the public interest” was inserted into Employment Rights Act 1996 in 2013.

The amendment was made following the Parkins v Sodexho decision, which provided employees with the opportunity to complain about any aspect of their individual employment contracts and receive whistleblower protection.

This case led to claims being lodged at employment tribunals that would not otherwise have been brought and contrary to the intention of the legislation.

As a result, the legislation was amended by the Enterprise and Regulatory Reform Act 2013 to ensure that public interest disclosures satisfy a specific public interest test and exclude those that are of a personal interest.

For example, if a worker does not receive the correct amount of holiday pay, which may be a breach of their employment contract, this is a matter of personal rather than public interest.

The 2013 Act also removed the requirement that a disclosure should be made in good faith, which has lowered the whistleblower protection threshold.

Commenting on the legislative changes in 2012, Norman Lamb, stated that: “…although our aim is to prevent the opportunistic use of breaches of an individual’s contract that are of a personal nature, there are also likely to be instances where a worker should be able to rely on breaches of his own contract where those engage wider public interest issues.

“In other words, in a worker’s complaint about a breach of their contract, the breach in itself might have wider public interest implications.”

In April, the EAT case of Chestertons v Nurmohamed clarified the meaning of the words “in the public interest”.

Mr Nurmohamed, a director of the estate agency Chestertons made three alleged protected disclosures claiming that the company was deliberately misstating £2-3m of business costs, which resulted in the commission levels for himself and 100 senior managers, all of whom participated in the same commission scheme, being lowered.

The employment tribunal found that that Mr Nurmohamed had been unfairly dismissed and subjected to detriments on the grounds that he had made protected disclosures.

Chestertons did not appeal the unfair dismissal part of the judgement but did appeal to the EAT on two other grounds.

Firstly, Chestertons claimed that the disclosures made in the interest of the 100 senior managers were not a sufficient group of the public to amount to being a matter in the public interest.

Secondly, that the tribunal had failed to determine objectively whether or not the disclosures were of real public interest (as the disclosures were effectively made in the context of a personal dispute relating to the commission payable under the director’s contract of employment).

In the public interest

‘Clearly, as a subjective test, this is a very low threshold for a claimant to meet’

Clearly, as a subjective test, this is a very low threshold for a claimant to meet, and, combined with removal of the requirement that disclosures must be made in good faith is of concern.

A worker acting in bad faith, who holds a personalised view of what is in the public interest, will be protected.

What does this mean for employers?

Employers should be aware that as a result of the legislation and the Chestertons decison, contractual breaches alleged by employees, in particular where the breach would affect a number of workers, may be enough to attract whistleblowing protection.

‘Employers must treat all whistleblowers with respect and care’

Employers should protect themselves by treating any disclosures carefully and taking appropriate action.

With this decision, employers who do not wish to pay a heavy price in compensation must treat all whistleblowers with respect and care – no matter how much it may be felt that the disclosure is unreasonable.

Once again, the policy is re-emphasised, ‘Whistleblowers rule ok!’.

Anna-Maria Lemmer is a solicitor for Ridouts LLP