New guidance: How to identify a deprivation of liberty

Neil Grant explains the new safeguards, in place to ensure that a public body depriving a person of their liberty is doing it lawfully in their best interests 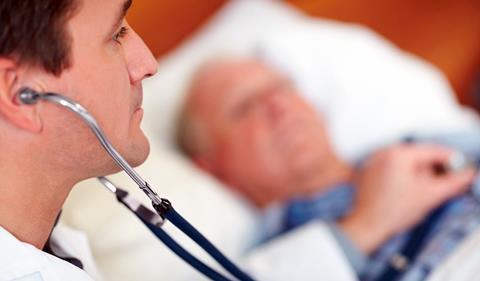 On 9 April, the Law Society published guidance for health care professionals in England and Wales called Identifying a Deprivation of Liberty: a Practical Guide.

You might be forgiven for wondering how patients in accident and emergency departments, intensive care units or acute wards might be judged to be deprived of their liberty.

‘The guidance aims to throw light of what might amount to a deprivation of liberty, rather than restrict it’

This guidance, commissioned by the Department of Health, aims to throw light of what might amount to a deprivation of liberty in a variety of care settings, including hospitals, rather than a restriction of liberty or a simple best interests’ issue relating to the care and treatment of a patient.

Why this all matters is because a person without capacity can only be deprived of their liberty (beyond a negligible period of time) in a hospital or care home if the provider is authorised by the court or by the procedures called the Deprivation of Liberty Safeguards (DOLS) under the Mental Capacity Act 2005.

If a deprivation is unlawful it can lead to enforcement action by the Care Quality Commission or potential claims for compensation.

In a recent Court of Protection case, a local authority was obliged to pay £60,000 damages to a patient unlawfully detained in a nursing home, waive nursing home fees of £23,000 that would have been payable by the patient, and pay the other side’s legal costs.

It follows that knowing how to assess whether someone might be deprived of their liberty is crucially important, and must be supported by necessary policies and procedures.

A Supreme Court judgment last year, known as Cheshire West, introduced what it described as the “acid test” in deciding whether an incapacitated adult is being deprived of their liberty.

To be deprived of their liberty an incapacitated adult must be subject to both continuous supervision and control, and not be free to leave the care setting.

In addition, the area and period of confinement are ingredients of deprivation of liberty.

The difficulty for the sector is that the Supreme Court did not come up with prescriptive criteria as to what is meant by continuous supervision and control or not being free to leave the setting.

What we do know is what the test does not include. The Supreme Court was clear that the following are not relevant as far as the test is concerned:

Subject to any clarification, the courts may add in the future to the concepts of continuous supervision and control and not being free to leave. It seems highly likely that many dementia patients in hospitals will be judged to be deprived of their liberty.

With the exception of the argument that the duration of a patient’s hospitalisation is insufficient to amount to a deprivation of liberty, it appears that there is no material difference between the situation of a dementia patient whether they be in hospital or a care home.

If the two ingredients of the “acid test” are satisfied, there will be a deprivation of liberty that requires authorisation.

Hospitals should therefore have due regard to patients who could potentially fall under the test. This is where the Law Society guidance will prove useful for healthcare professionals.

As well as covering the legal framework and key legal question arising from the Cheshire West case, the guidance helpfully seeks to apply the legal principles to various settings including hospital and psychiatric settings, drilling down even further to sub-divisions such as A&E departments, intensive care units and hospices.

For each sub-division there are three scenarios:

Each chapter then finishes with a list of questions that healthcare professionals may want to ask themselves when faced with a situation that might amount to a deprivation of liberty.

If there is any doubt about whether an incapacitated patient with a mental disorder is being deprived of their liberty, a provider should err on the side of caution and make an urgent authorisation, followed up by an immediate application to the local authority for a standard authorisation, notifying CQC at the same time.

We would advise providers to have due regard to the Law Society guidance which is described as an informal update as at February 2015 to the DOLS code of practice.

However, the guidance emphasises that it does not constitute formal legal advice “which should always be sought where necessary on the facts of difficult cases”.

The Law Society guidance stresses that any debate about deprivation of liberty should not delay the delivery of such life sustaining treatment as continues to be required.

Instead, the purpose of the safeguards is to ensure that a public body depriving a person of their liberty is doing it lawfully in their best interests, in accordance with their article 5 ECHR rights.

Neil Grant is a partner at Ridouts Solicitors