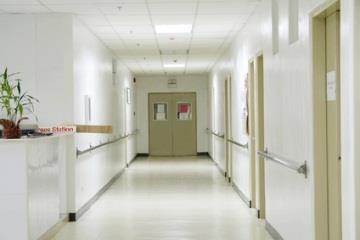 In response to the Francis Report of the Public Inquiry into Mid Staffordshire Foundation Trust, the Care Quality Commission, the Health and Safety Executive (HSE) and representatives of local authorities have drawn up a proposed liaison agreement, designed to ensure that there is co-ordinated and comprehensive regulation of health and safety for patients, service users, workers and other members of the public.

The proposal which is set out in the liaison agreement, is that from April 2015, the CQC will become responsible for taking regulatory action following health and safety incidents involving service users who use health and adult social care services which are regulated by the CQC.

The responsibility will be transferred from the HSE, which together with local authorities currently deals with these health and safety prosecutions.

This means that in cases where patients and service users have been seriously harmed or die due to unsafe care, the responsibility will now fall on the CQC to take action under the fundamental standards.

Both the HSE and the local authorities will continue to deal with health and safety prosecutions in cases involving employees, visitors, contractors and people not registered with the CQC.

Examples of cases which the CQC would prosecute under this new agreement include service users falling from a window, service users getting severely scalded, patient deaths arising from infections on a hospital ward, service users choking and dying after being given inappropriate food and severe injuries following inappropriate restraints by staff.

Examples of cases which the HSE and local authorities would prosecute include cases where the commissioner, rather than the provider, seems to have been at fault, providers not registered with the CQC who are not required to be registered with them, employees suffering manual handling injuries and a contractor’s tower scaffold collapsing in a care home or the car park of a care home.

Where there is any uncertainty about jurisdiction, the relevant bodies will “determine who will have primacy for any regulatory action and whether joint or parallel regulatory action will be conducted.” They will also keep a record of their decision, designate appropriate contacts within each organisation and keep stakeholders informed accordingly.

According to the CQC’s proposal for prosecution criteria in their consultation titled ‘Guidance for providers on meeting the fundamental standards and on the CQC’s enforcement powers’ (published in July 2014 and which closed on 17 October 2014), there are a number of factors which the CQC will consider when deciding whether to prosecute.

According to that document, one of the following ought to apply in a case where a prosecution follows:

If the agreement takes effect, we can expect a large increase in CQC-led health and safety prosecutions under the Fundamental Standards.

It will be interesting to see how this development, together with the changes coming in next year, affect the total number of CQC led prosecutions.

Up until now, CQC have been slow to prosecute, perhaps in part because they might struggle to prove cases to the necessary criminal standard (‘beyond reasonable doubt’) but also perhaps because their powers to do so are currently more limited than they will be in the future. The Fundamental Standards will change this.

In our view at Ridouts, the introduction of the new Fundamental Standards, coupled with this new liaison agreement, increases the likelihood that there will be a rise in the number of prosecutions against providers. This does not seem like something which the CQC are currently equipped to deal with.

Joanna Dimirkis is a barrister for Ridouts LLP